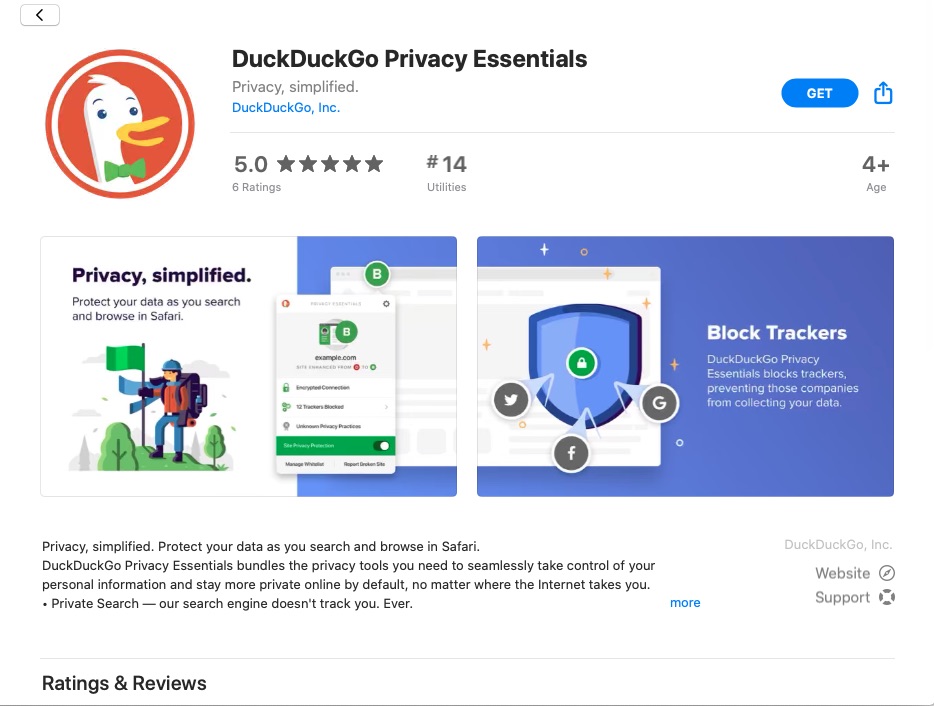 DuckDuckGo Internet Privacy Essentials is a desktop browser extension which automatically blocks many hidden third-party trackers on web sites you visit. It comes in handy for users who are concerned about sites and services that are tracking their Internet use, whether it’s for advertising or just for data collection purposes.

This isn’t the first time DuckDuckGo has offered its Internet Privacy Essentials for Safari. But when Apple released Safari 12 in 2018, it made significant structural changes that prevented DuckDuckGo from continuing to distribute it in Apple’s Safari Extensions Gallery. DuckDuckGo explained in a blog post:

With Safari 13, new functionality was thankfully added that enabled us to put it back. Consequently, you’ll need Safari 13+ on macOS 10.15 (Catalina) or newer to install the updated version.

The company explained that the new extension structure employed by Safari 13 required them to remove DuckDuckGo Smarter Encryption, but they hope to restore it in a future release. They’ve upgraded tracker blocking coverage and enhanced the user interface in this new release too. The software includes a Privacy Dashboard that displays a “privacy grade” for the sites you’re visiting,