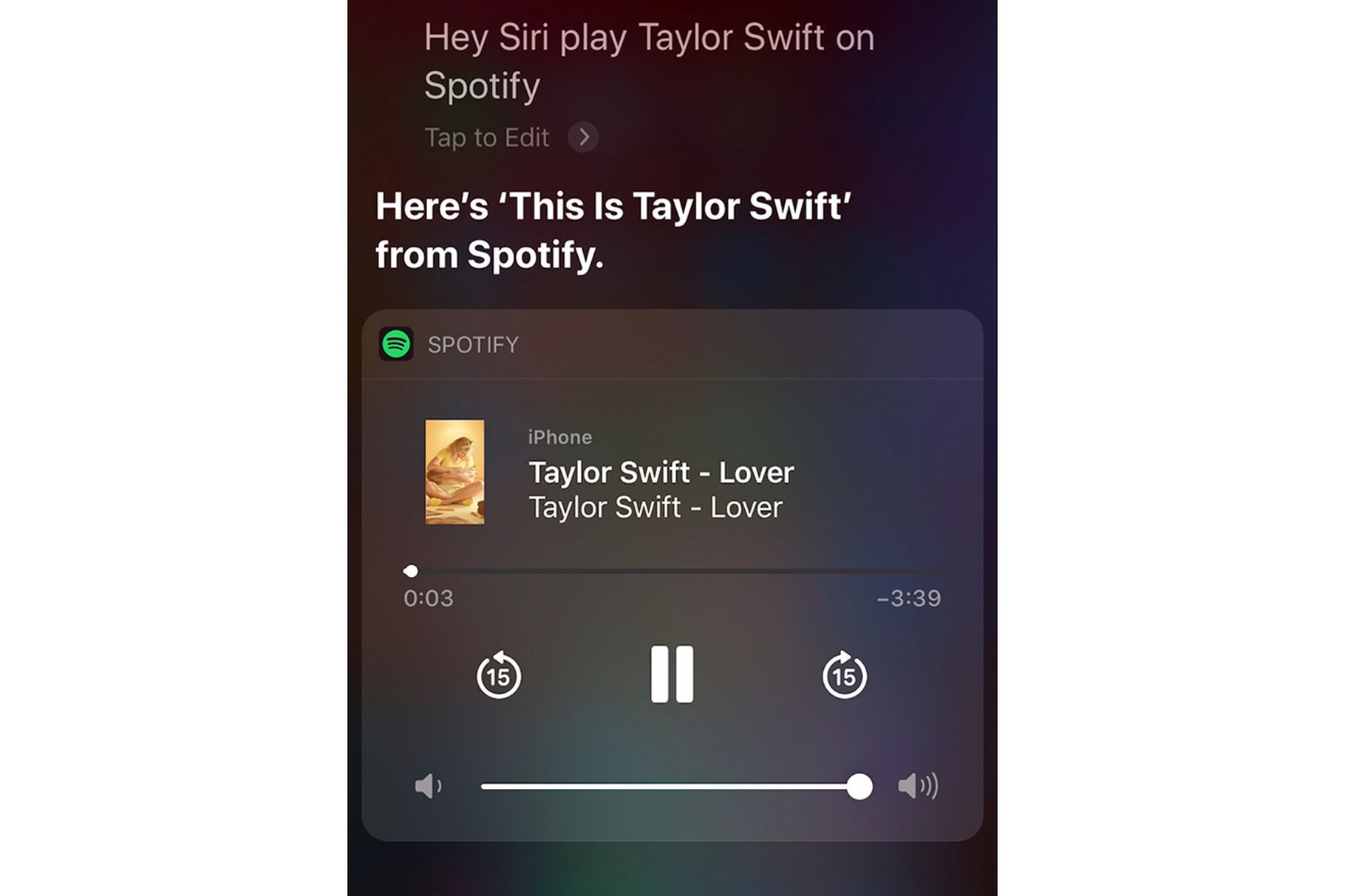 Following weeks of testing, Spotify’s new media playback options trough the Siri voice assistant are now available to everyone. In addition, Spotify now includes a dedicated app for the Apple TV set-top box, as mentioned in the release notes of the latest version of the app.

With Siri support, you can now control your Spotify listening experience on devices like iPhone, iPad, Carplay, AirPods and HomePod (via AirPlay). What this handy new capability allows you to do is ask Siri to play a song, an artist or an album by saying something along the lines of “Hey Siri, play Taylor Swift on Spotify”, “Play Taylor Swift with Spotify in the living room” and so forth. This new integration works particularly well on AirPods although it must be noted that the feature does not currently support playing Spotify podcasts with Siri.

Spotify won’t be the only app gaining the ability to play songs, albums and playlists via Siri thanks to Apple’s enhanced SiriKit APIs for developers introduced alongside iOS 13 and iPadOS that make it possible for any music app to implement requests via Siri.

Siri integration is currently unavailable on Apple Watch because the music-streaming service currently does not have a dedicated Spotify app for Apple’s wearable device. Other features in the version 8.5.26 update of the Spotify app include support for a new low data mode (the app will automatically turn on the Data Saver option when you have enabled Low Data Mode in your cellular settings), as well as a dedicated tvOS app —yes, Spotify is now available on Apple TV!

To get these features, grab the most recent version of Spotify from App Store.

You can download Spotify for Apple TV by enabling the option to automatically install apps in your tvOS settings or by browsing your Purchased section in tvOS App Store.