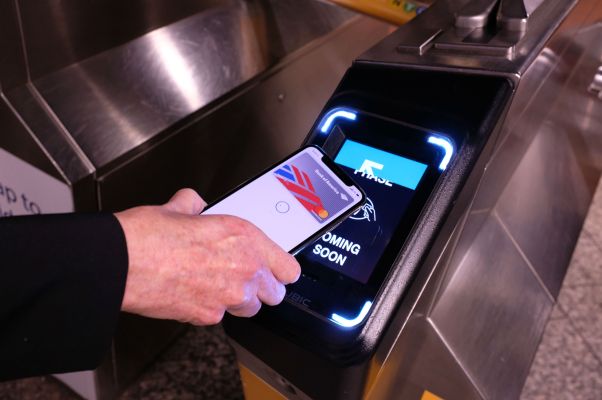 Way back in October of 2016, it was reported that Apple had every intention of bringing Apple Pay to more transit kiosks around the globe, making it (potentially) faster and easier to hop on public transit. It took some doing, but Apple is finally making good on that vision.

It hasn’t been a secret that the MTA in New York City has been working on launching Apple Pay support for riders for quite some time. Kiosks supporting Apple Pay and other NFC-based payments have been in place in some areas for awhile now, signaling its arrival. And now TechCrunch is reporting that Apple Pay will be available for MTA transit riders, via select locations, beginning this Friday, May 31.

The kiosks are actually active, at present, but using them requires a software update — iOS 12.3 and watchOS 5.2.1, respectively. Then a debit or credit card needs to be associated with Express Transit in Apple Wallet, using Face or Touch ID. Once installed, it should work on the iPhone 6s and SE or later, along with the Apple Watch Series 1, 2 and 3, using NFC to get you in.

As long as you’re running the latest version of iOS and/ or watchOS, you will be able to use Apple Pay to use public transit via the MTA subway system in NYC. This means you’ll be able to hold up your iPhone or Apple Watch to make your way through the turnstile. You’ll see a big “Go” displayed on the screen, along with a bright green border to signify the purchase was complete.

The original report notes that this is still in the test phase, though. To start, Apple Pay will only be available at “the 4, 5, 6 line between Grand Central-42 Street in Manhattan and Atlantic Ave-Barclays Center in Brooklyn”, which is 16 stations. It will also be available at the Staten Island bus lines as well.

For New Yorkers, there is a bit of a limitation to be aware of. At launch, this will only work with single-ride passes. That means if you use the subway (or Staten Island buses) on a routine basis, and use the weekly or monthly options, you won’t be able to use Apple Pay just yet. Additional fare options will be available for Apple Pay at a later date, though.

In related news, public transit riders in the Vancouver-Portland, Oregon region have had access to Apple Pay for transit for a little while now.