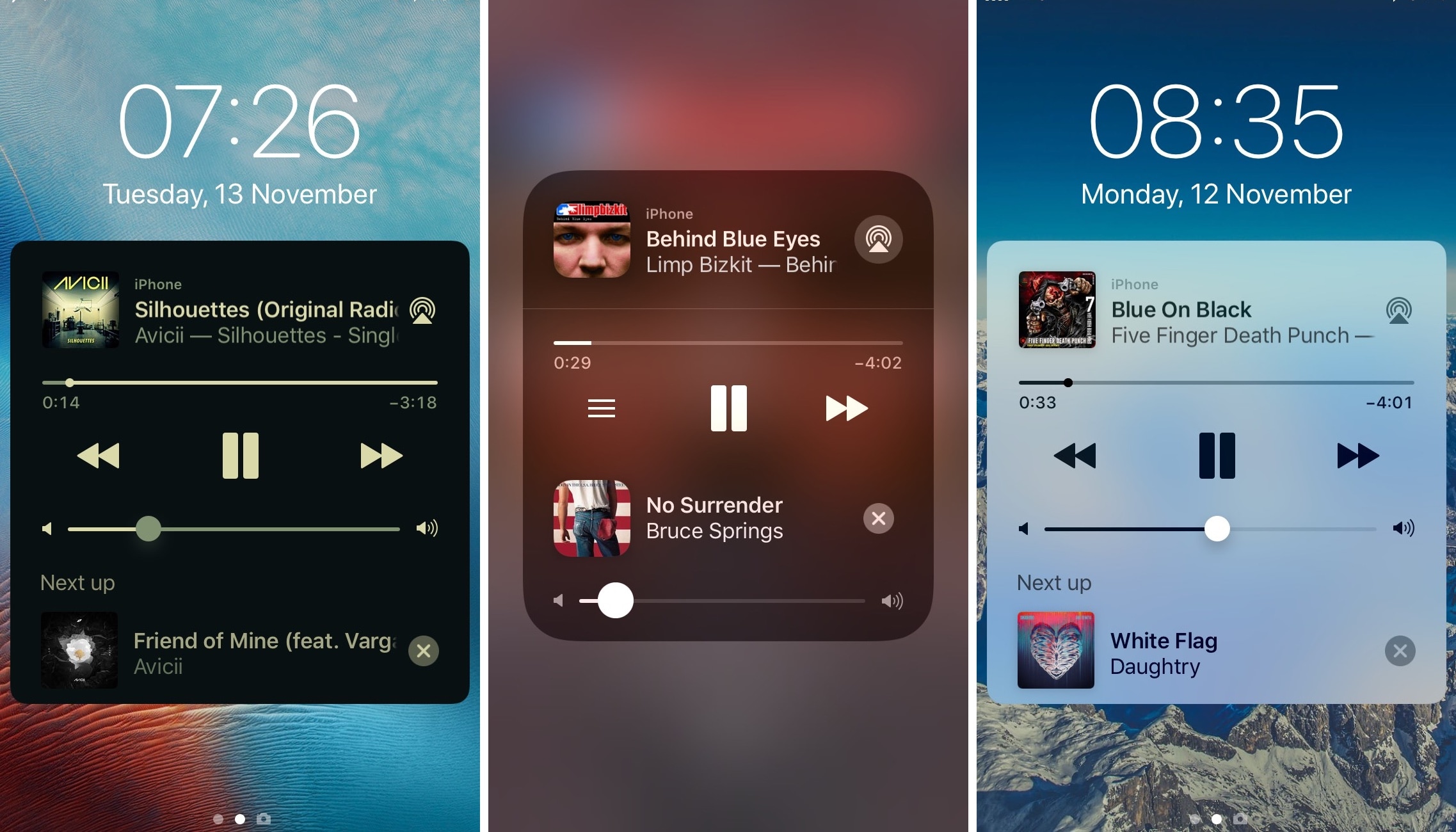 Apple designed iOS’ Now Playing interface to display relevant information about the music you listen to at any given time, such as the album artwork, artist name, and song title, but it also provides you with useful music controls in a pinch.

But one place where the Now Playing interface falls short is in summarizing what you can expect next in your music playlist, and that’s where a new jailbreak tweak called NextUp by iOS developer Andreas Henriksson comes into play.

As you might have noticed already from the screenshot examples above, NextUp modifies the Now Playing interface to tease you with a preview of what you can expect to play next. The upcoming track and relevant information about it are displayed at the bottom of the widget.

One thing we like about NextUp is how it’s not just a display of what’s to come; you can also tap on the upcoming music track at the bottom of the widget to instantly switch to it rather than waiting for what’s already playing to finish.

In case you were wondering, NextUp supports several different music apps, including:

NextUp also plays nicely with a bevy of popular jailbreak tweaks that modify the Now Playing interface, such as:

After you’ve installed NextUp, you’ll find a preference pane in the Settings app where you can toggle the tweak on or off for individual music apps: 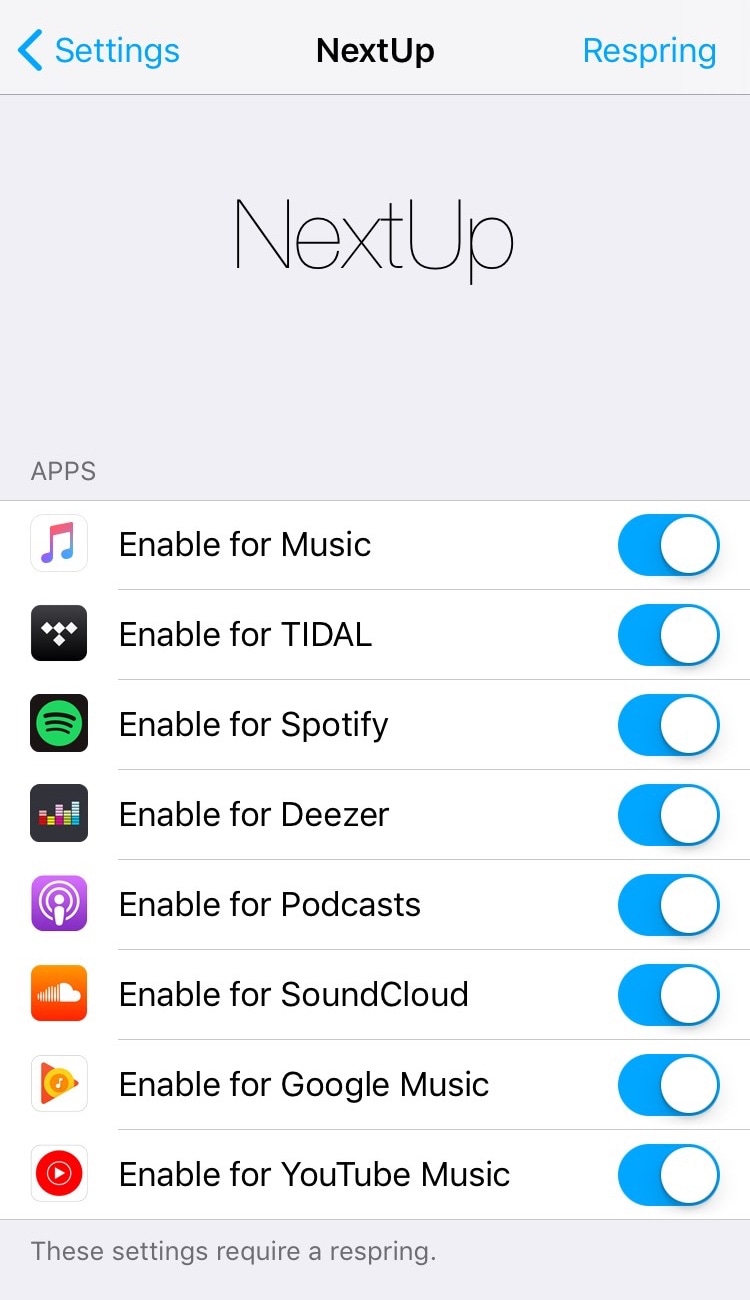 The developer includes a respring button at the top right of the preference pane that you’ll need to use to save your changes any time you make them.

If you’re interested in trying NextUp, then you can download it from Cydia’s BigBoss repository and enjoy a three-day free trial. Afterward, NextUp will prompt you to pay $1.99 to purchase it in its entirety. NextUp is intended for jailbroken iOS 11 devices only.

What are your thoughts about NextUp’s implementation into Apple’s Now Playing interface? Let us know by dropping a comment below.