iOS hacker Pwn20wnd published the first unc0ver v2.0.0 pre-release on Friday, and there’ve been at least three separate updates to it since that time. But now that most of the bugs appear to be ironed out, the hacker has moved forward with an official public release.

On Monday, Pwn20wnd announced the public debut of unc0ver v2.0.1 via Twitter. Unlike the v2.0.0 pre-release, this version is officially out of beta testing and should be stable enough for the general public to deploy on compatible devices running iOS 11.0-11.4 beta 3: 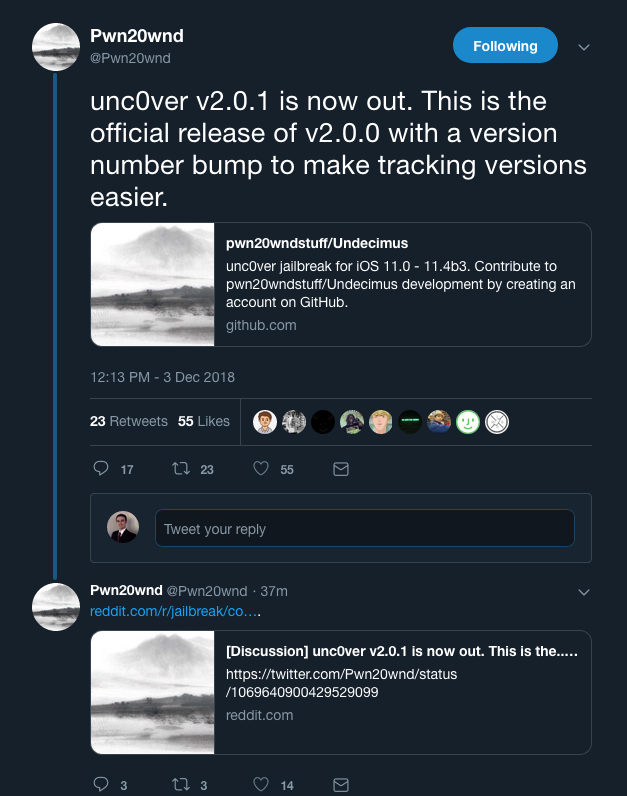 From the Tweet, we gather that there isn’t much difference between unc0ver v2.0.1 and the final v2.0.0 pre-release, but Pwn20wnd went ahead and bumped up the version number to make tracking versions a bit easier (thanks Pwn20wnd!).

Evident from Pwn20wnd’s official GitHub page, there aren’t any noteworthy changes in unc0ver 2.0.1. If there are any changes at all, they’re minor and jailbreakers are unlikely to notice them from using the tool.