Just a few days ago, iOS hacker Pwn20wnd launched a pre-release version of unc0ver v2.0.0 to the public with preliminary support for Cydia Substrate, several useful new features, and a blanket of bug fixes and performance improvements. The next day, he pushed a revamped version of the pre-release to the public with more bug fixes; but it now seems he wasn’t finished yet.

On Saturday, Pwn20wnd announced via Twitter that he had dropped yet another new version of the unc0ver v2.0.0 pre-release with even more bug fixes: 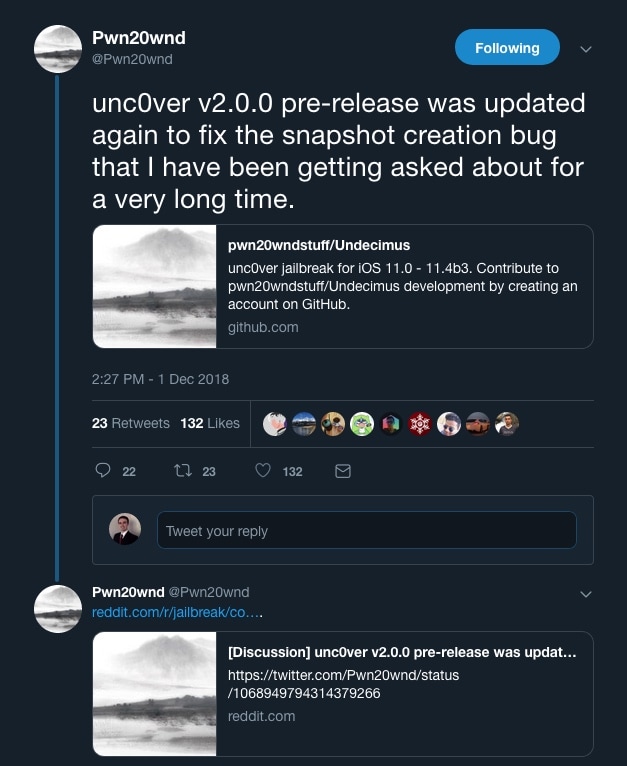 Despite all the recent updates to the unc0ver v2.0.0 pre-release, the tool’s version number hasn’t changed. Instead, the GitHub page outlines all the new changes in each new revision.

The tool is still considered to be in its pre-release stages, which means it’s prone to bugs. That said, we recommend holding out until the final release unless you’re an advanced user and know exactly what you’re doing. If you want to use the unc0ver v2.0.0 pre-release anyway, then you can download it from the releases section of Pwn20wnd’s GitHub repository.