Just yesterday, iOS hacker Pwn20wnd dropped a pre-release version of unc0ver v2.0.0 with preliminary support for Cydia Substrate, a bevy of new features, and a long list of bug fixes and improvements. But he also noted that he would update the pre-release again if bugs were reported.

Pwn20wnd made good on his promise Friday afternoon after he shared an updated version of the unc0ver v2.0.0 pre-release via his Twitter account. As suspected, the new pre-release fixes bugs that were reported in the initial pre-release during the last 24 hours: 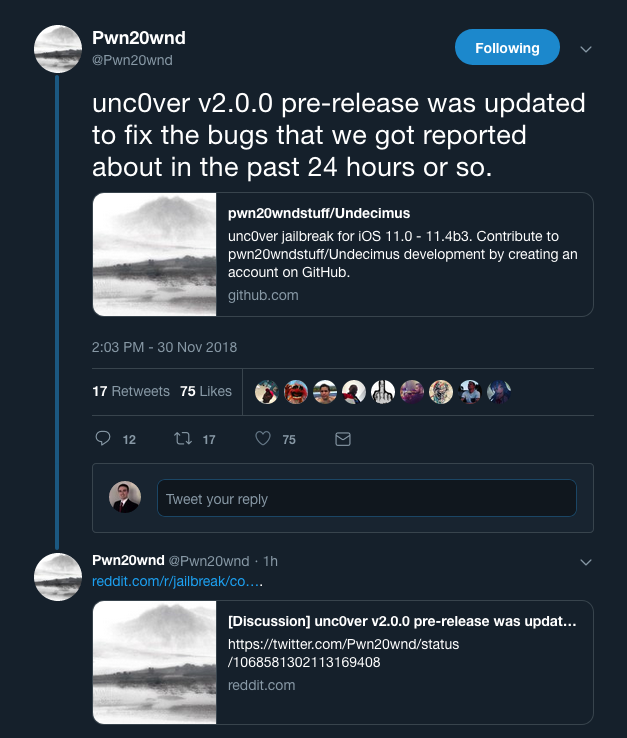 Following Friday’s light revision, unc0ver v2.0.0 should still be considered a pre-release. As always, we recommend holding out until the final release unless you’re an advanced user and know exactly what you’re doing.

Those certain that they’d like to move forward ahead of the final release can download the revised unc0ver v2.0.0 pre-release from the releases section of Pwn20wnd’s GitHub repository.