It was only a few days ago that Pwn20wnd pushed the first unc0ver v2.0.0 pre-release for public testing, and the hacker has already issued three separate revisions with a bevy of new features, bug fixes, and performance improvements.

The latest of said updates was issued Sunday morning. Citing a Tweet shared by Pwn20wnd moments later, it fixes a rather annoying bug known to impact the trust cache injection: 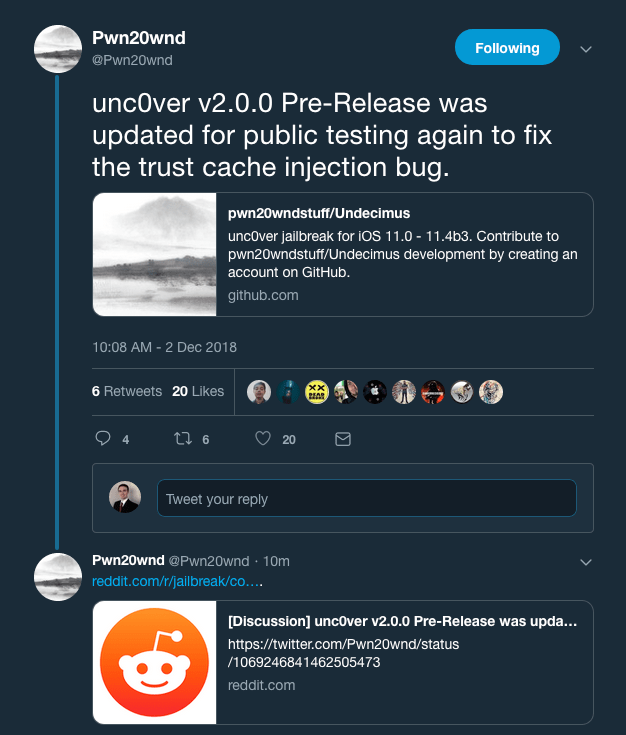 It’s not a particularly large update, but if you’re using the unc0ver v2.0.0 pre-release ahead of the final version, then it’s recommended that you grab the latest version and run it over your current installation for stability reasons.

Notably, Pwn20wnd hasn’t changed the pre-release tool’s version number with each of these pre-release revisions. Given how it’s still at v2.0.0 after all these updates, keeping track of everything has felt sloppier than usual. Pwn20wnd’s official GitHub page outlines all the new changes in each new revision.

As a fair word of warning, unc0ver v2.0.0 is still in its pre-release stages, which means it’s likely to have bugs. With that in mind, we recommend holding out until the final release unless you’re an advanced user and know exactly what you’re doing.

If you feel you meet the criteria above and want to use the unc0ver v2.0.0 pre-release, then you can download it from the releases section of Pwn20wnd’s GitHub repository.