Pwn20wnd first announced the new version of unc0ver via Twitter, and his Tweet also denotes how we’ll see an updated version of Rollectra in the near future. 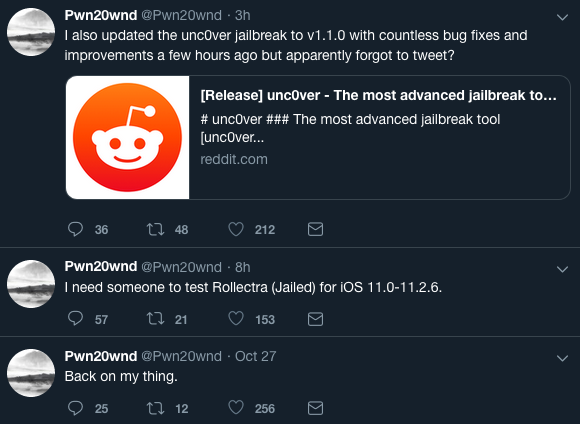 Citing the official /r/jailbreak post, the new V1.1.0 release encompasses a lengthy list of changes, including the following:

All unc0ver jailbreak users are advised to download the latest version of unc0ver from Pwn20wnd’s official GitHub repository at their earliest convenience. This is perhaps the most significant update to unc0ver since its conception; that said, it could potentially solve many of the problems you may have experienced in an earlier version of the jailbreak tool.

Have you tried unc0ver V1.1.0 yet? Let us know how it went for you in the comments section below.