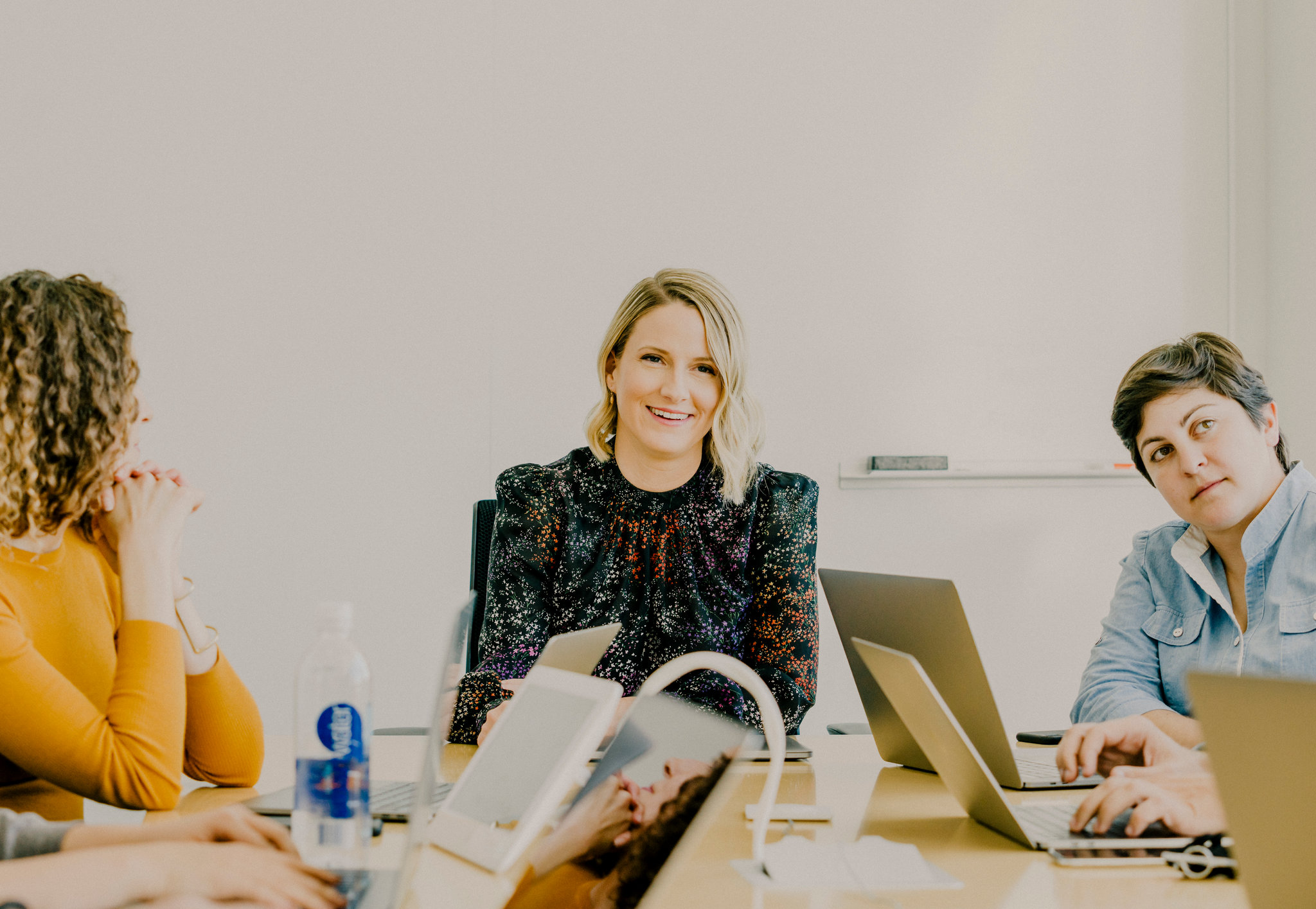 At a privacy conference Wednesday in Brussels, Tim Cook warned about the dangers posed by digital content algorithms that seem to be serving up increasingly extreme content. Today, The New York Times published a rare profile concerning the team charged with managing Apple’s News service and how a bunch of human curators are fighting against algorithms.

Apple News employs former magazine and newspaper reporters who have the real journalistic background, including Lauren Kern who has quietly become one of the most powerful figures in English-language media. According to the report, “the stories she and her deputies select for Apple News regularly receive more than a million visits each.”

TUTORIAL: How to enjoy Apple News if you live in an unsupported country

Apple News isn’t a firsthand source of news, so the Cupertino technology giant tasked Kern with building a curation team to fight against algorithms and fake news, vet content providers and cut down on clickbait.

TUTORIAL: How to use Apple News on Mac

Stories that don’t “pass the smell test” or those that prioritize speed over accuracy are scrutinized. At the same time, they strive to provide readers with views from both sides of the political debate. “Apple said there are as many people reading traditionally left-leaning publications as traditionally right-leaning publications on Apple News,” reads the NYT article.

This is what their job comes down to:

Ultimately, they select five stories to lead the app, with the top two also displayed in a prominent window to the left of the iPhone home screen. They also curate a magazine-style section of feature stories. The lineup typically shifts five or more times a day, depending on the news. A single editor in London typically chooses the first mix of stories for the East Coast’s morning commute before editors in New York and then Cupertino step in.

Some stories are still picked by algorithms.

Most notably, this includes articles that are based on news sources or topics that the user has picked as their favorites—things like sports, cars, entertainment and so forth. Algorithms also pick the five trending stories below the team’s curated articles in the app.

Now check out the following excerpt about Apple’s plans for the platform:

Soon, the company aims to bundle access to dozens of magazines in its app for a flat monthly fee, sort of like Netflix for news, according to people familiar with the plans, who declined to be identified because they weren’t authorized to speak publicly. Apple also hopes to package access to a few daily-news publications, like The Times, The Post and The Wall Street Journal, into the app, the people said.

The Apple News curation team is located in a quiet corner of the third floor at Apple’s old nondescript offices on 1 Infinite Loop, the report added. 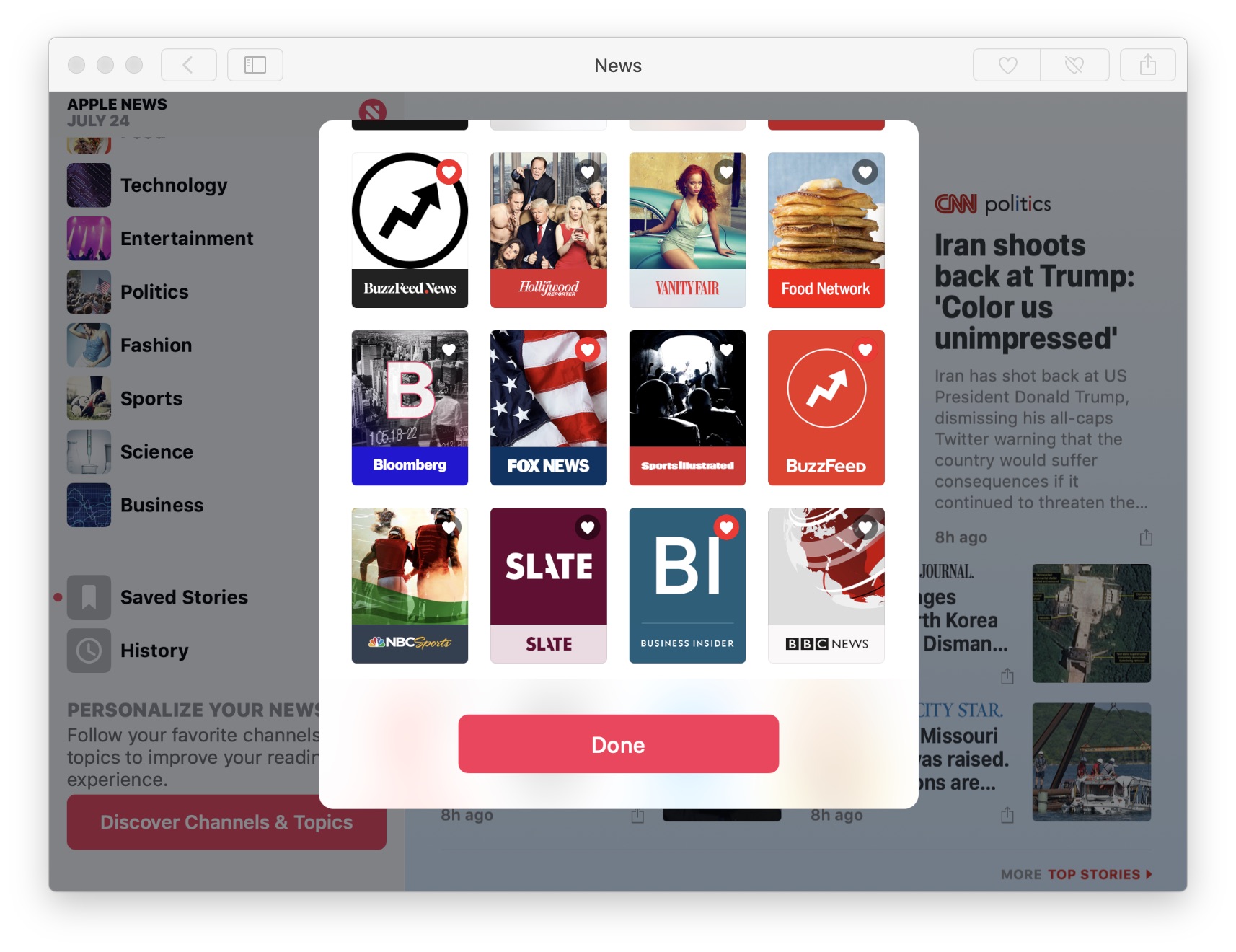 Picking favorite sources in the News app for macOS

Some of the things they’re doing on a regular basis include:

Formerly the editorial director at New York magazine and the current deputy editor of The New York Times Magazine, Kern was named as the first editor-in-chief of Apple News in May of 2017. She now leads 30 former journalists in Sydney, London, New York and Silicon Valley.

Apple News is currently available in the US, UK and Australia.

The app won’t be displayed on your Home screen unless you’re in a supported country. To work around the content wall, change your regional settings to United States. The app is available on iPhone and iPad with iOS 9 or later, and on your Mac with macOS Mojave and up.