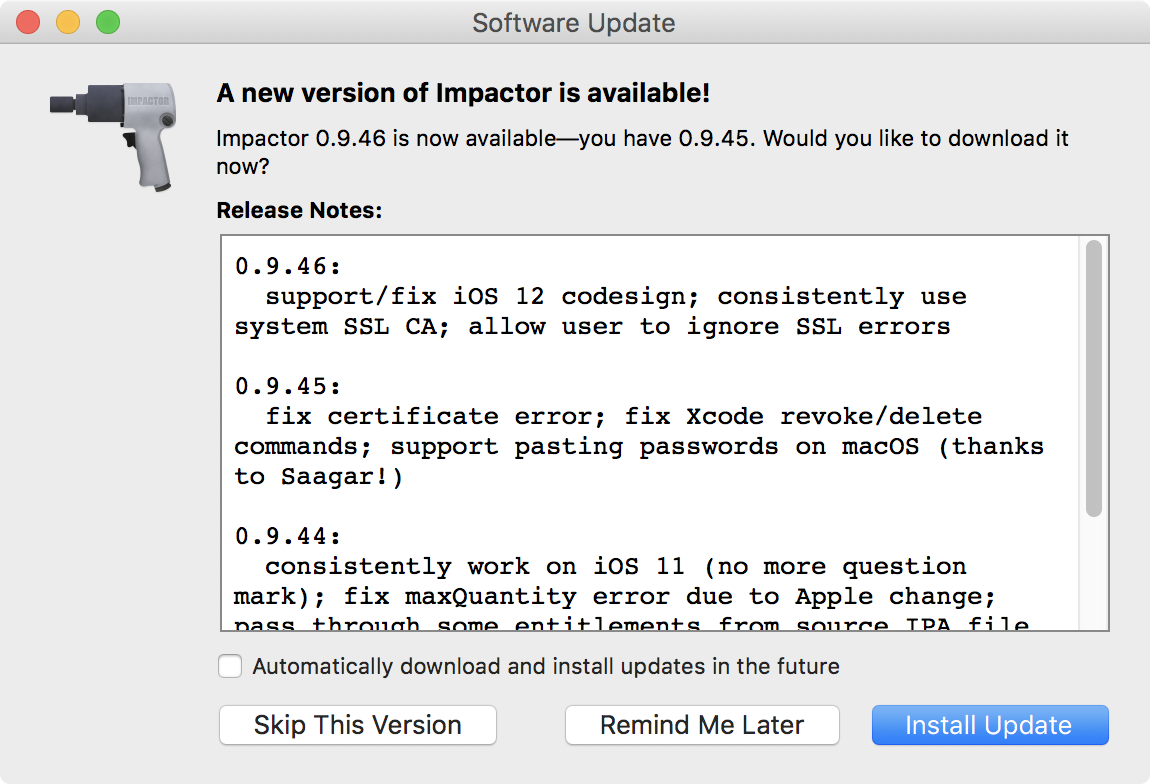 Apple just released iOS 12 on Monday, so it shouldn’t come off as much of a surprise that there isn’t a public jailbreak solution available for it at this time.

But that hasn’t stopped Cydia creator Jay Freeman (Saurik) from releasing an update for the Cydia Impactor side-loading tool with official iOS 12 support. As of this writing, the latest version of the utility is 0.9.46.

Cydia Impactor is commonly used by semi-untethered jailbreak solutions to side-load the app that hacks your handset. CoolStar’s Electra jailbreak and Luca Todesco’s Yalu jailbreak are just two examples of tools that use Cydia Impactor, but they’re not the only ones.

Freeman’s rapid response to the iOS 12 release raises a few eyebrows, especially considering his absence throughout the iOS 11 jailbreak scene. One can only speculate that he wants his platform readily available in case any jailbreak tool developers are ready to work on a new jailbreak.

Existing Cydia Impactor users will see the prompt above about updating immediately after launching the app on their computer. If for some reason you don’t, or you haven’t downloaded the Cydia Impactor utility yet, then you can download the latest version from Saurik’s website.

Just to reiterate, there is no public jailbreak available for iOS 12 as of this writing; however, security researchers with Ali Security recently demoed what is believed to be the first video evidence of an iOS 12 jailbreak thus far, indicating that it is indeed possible to jailbreak Apple’s latest firmware.

Have you downloaded the latest version of Cydia Impactor yet? Let us know in the comments section below.