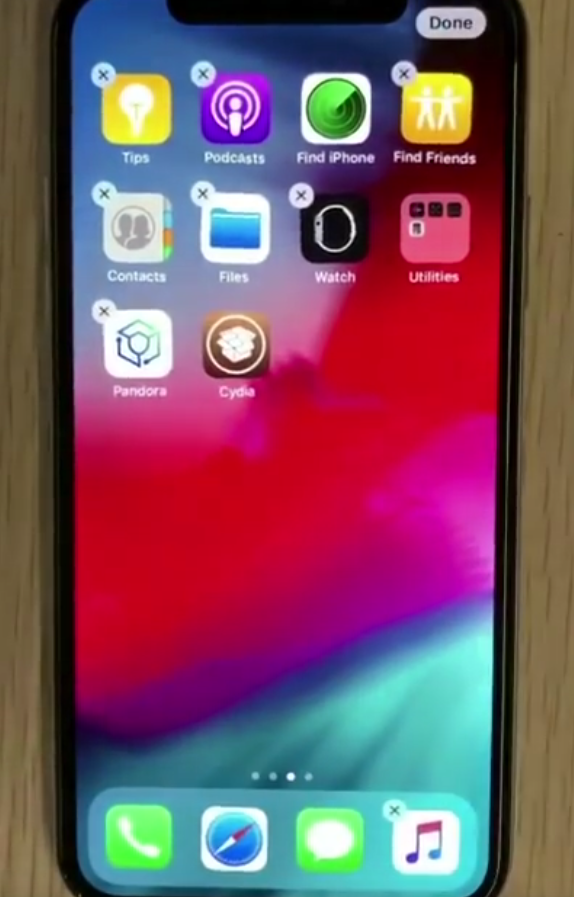 Apple released iOS 12 to the public Monday afternoon, and not even one full day after release, security firms have begun teasing untethered jailbreaks on the new mobile firmware.

The latest proof-of-concept video comes by way of Ali Security. Shown below, it demonstrates the process of the firm’s in-house jailbreak tool:

As it would seem, the handset depicted in the video is an iPhone X running the final public release of iOS 12. This isn’t Apple’s newly-announced iPhone Xs, and the firmware isn’t a beta or GM variant.

After running the tool, the user appears to reboot his device in an attempt to validate the untethered jailbreak status. A prompt comes up afterward comprising of the text “your phone is pwned” and some credits.

Unlike many other jailbreak videos in recent memory, this demo doesn’t involve launching the Cydia Store app. That said, we’re not sure if Cydia runs correctly on iOS 12 as of this writing.

Most jailbreak tools in recent memory have been semi-untethered, meaning that you can still use your handset after rebooting, but you’d need to re-run the jailbreak tool to resume your jailbreak. That said, it’s refreshing to see that an untethered jailbreak is still possible on the latest version of iOS.

This video was only intended as a proof-of-concept; consequently, we don’t expect to see this jailbreak released to the public. Ali Security will most likely keep it for internal testing or sell the exploit(s) used.

Are you happy to see that iOS 12 can be jailbroken? Share your thoughts in the comments section below.