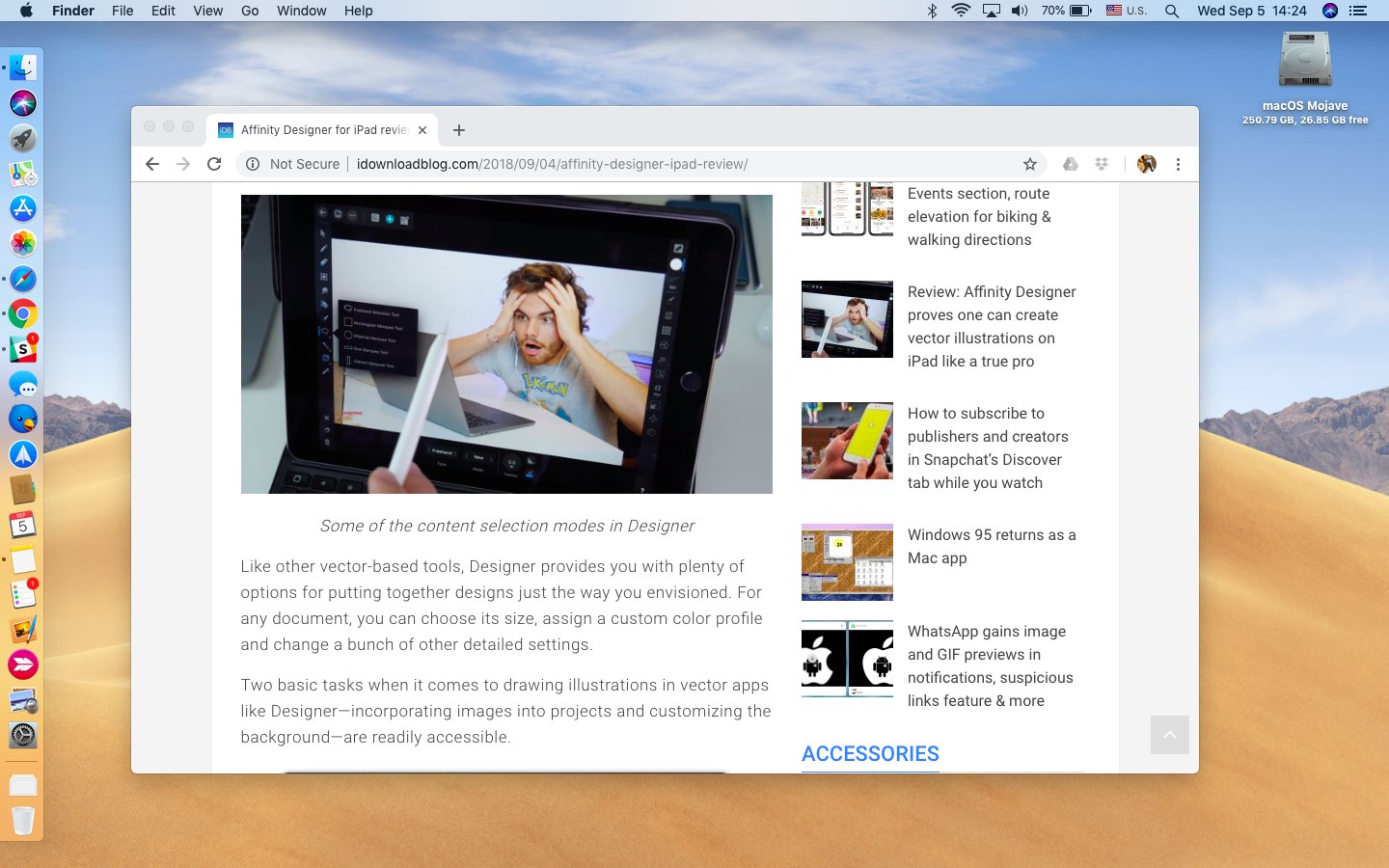 Yesterday, Google’s Chrome browser celebrated its tenth birthday by bringing a fresh new look and some new features to its mobile and desktop app, now bumped to version 69.

Chrome: a remarkable rise to the top

Chrome was announced on September 2, 2008 as “a fresh take on the browser.“

Its first commercial edition came two days later on September 4 and people started to fall in love with its minimalism, speed and robust support for web technologies right away.

It was around that time that I was editing the technology publication TGDaily, Microsoft’s Internet Explorer was the king of the hill and Mozilla’s Firefox was a viable contender.

We were writing a lot about Chrome, following its rapid feature releases and slow but steady market share advances. Chrome launched as a zippy, lightweight app because how many times does one get to create a browser from scratch, without any of the baggage from the past? 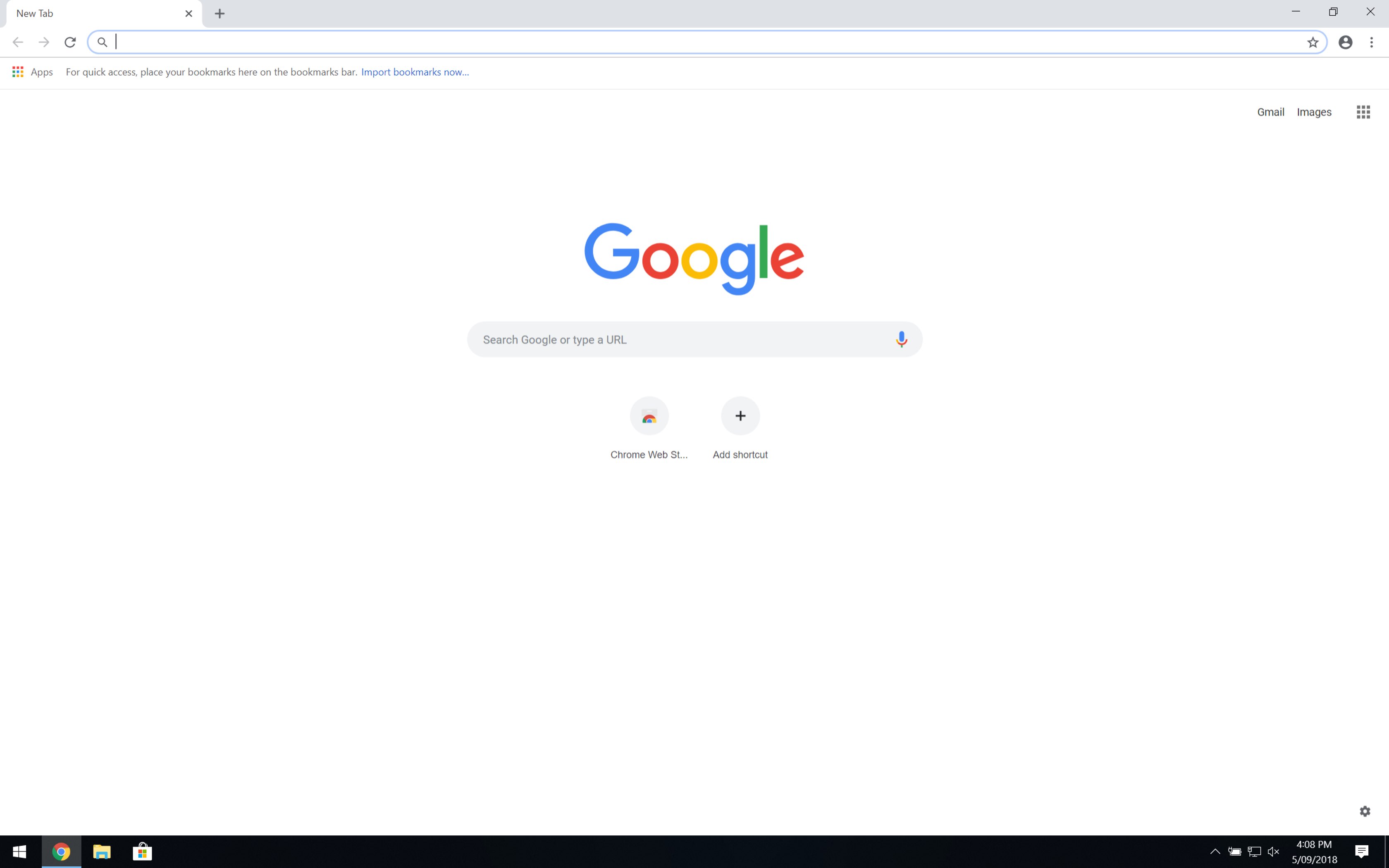 Chrome on Windows 10 with its Material Design look

I used to describe Chrome as more than a browser because it always felt to me as if it was running on some sort of a custom OS layer. And it did: nowadays, Chrome is able to power Internet-connected notebooks, called Chromebooks, because had the foresight to lay down the technological foundation for what Chrome would one day become.

Indeed, Chrome is now the main component of Chrome OS, where it serves as a platform for running web apps. Of course, we also have Chrome as a downloadable desktop browser for Mac, Windows and Linux systems, plus its mobile version for iPhone, iPad and Android.

Today, Chrome has more than one billion users worldwide.

A fresh new look for Chrome

Both desktop and mobile editions of Chrome now feature a much rounder appearance with round tabs that first appeared in developer builds of the browser in April 2018. Aside from this, you’ll spot reworked icons and a new color palette.

“These updates have a simpler look and will (hopefully) boost your productivity,” Google argues. “Take tabs, for instance. We changed the shape of our tabs so that the website icons are easier to see, which makes it easier to navigate across lots of tabs.”

Chrome has simplified the prompts, menus and even the URLs in your address bar.

Omnibar, Googles name for Chrome’s versatile toolbar that lets you search, type URLs and more, is now more useful by showing you answers directly in the address bar without having to open a new tab. Drawing from Google’s Knowledge Graph, Chrome now displays results for queries on public figures, sporting events, weather and translation right in the URL field.

On iOS, a Material Design overhaul has enabled a bit whiter window, a tad rounder appearance and a new tab area, but the visual changes are not as pronounced as on the desktop.

The iOS app has moved navigation controls from the top to a brand-new tab area alongside the bottom. As a result, reaching common navigation controls, like forward and backward buttons or a new search button, is now way easier in one-handed mode. 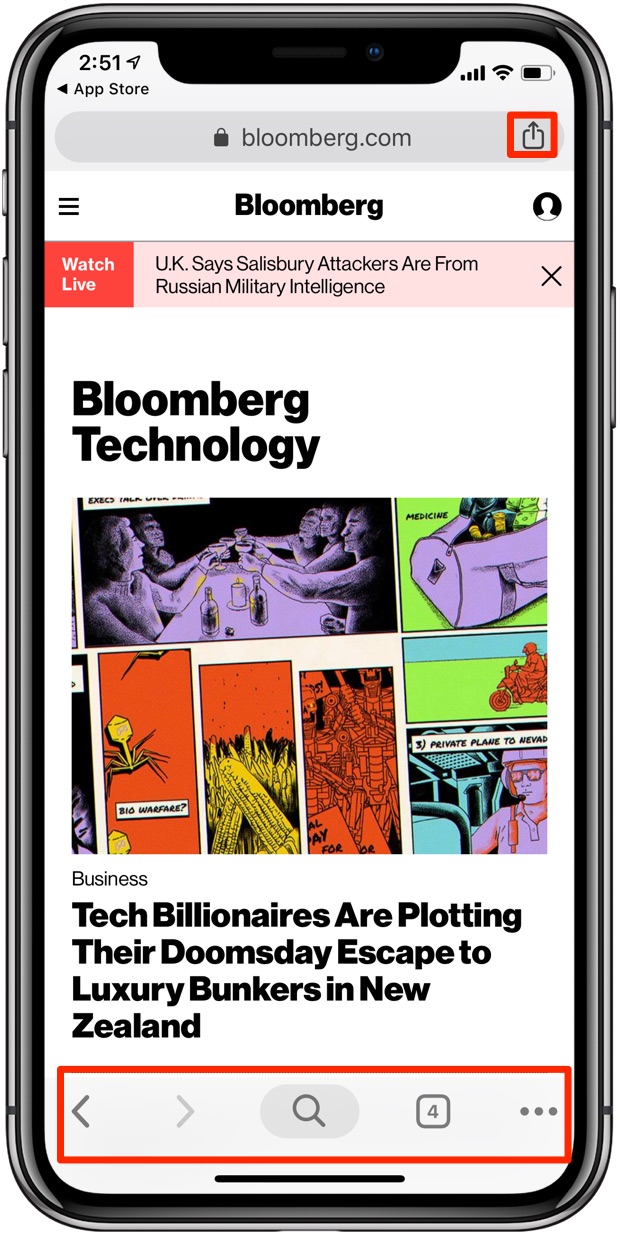 The tab area at the bottom has the following buttons: Forward, Backward, Search, Tabs and More. It’s cool that Chrome’s search is now available in one-handed mode on Plus-sized devices via a dedicated icon in the tab area (before the change, Chrome didn’t have a dedicated search button at all). 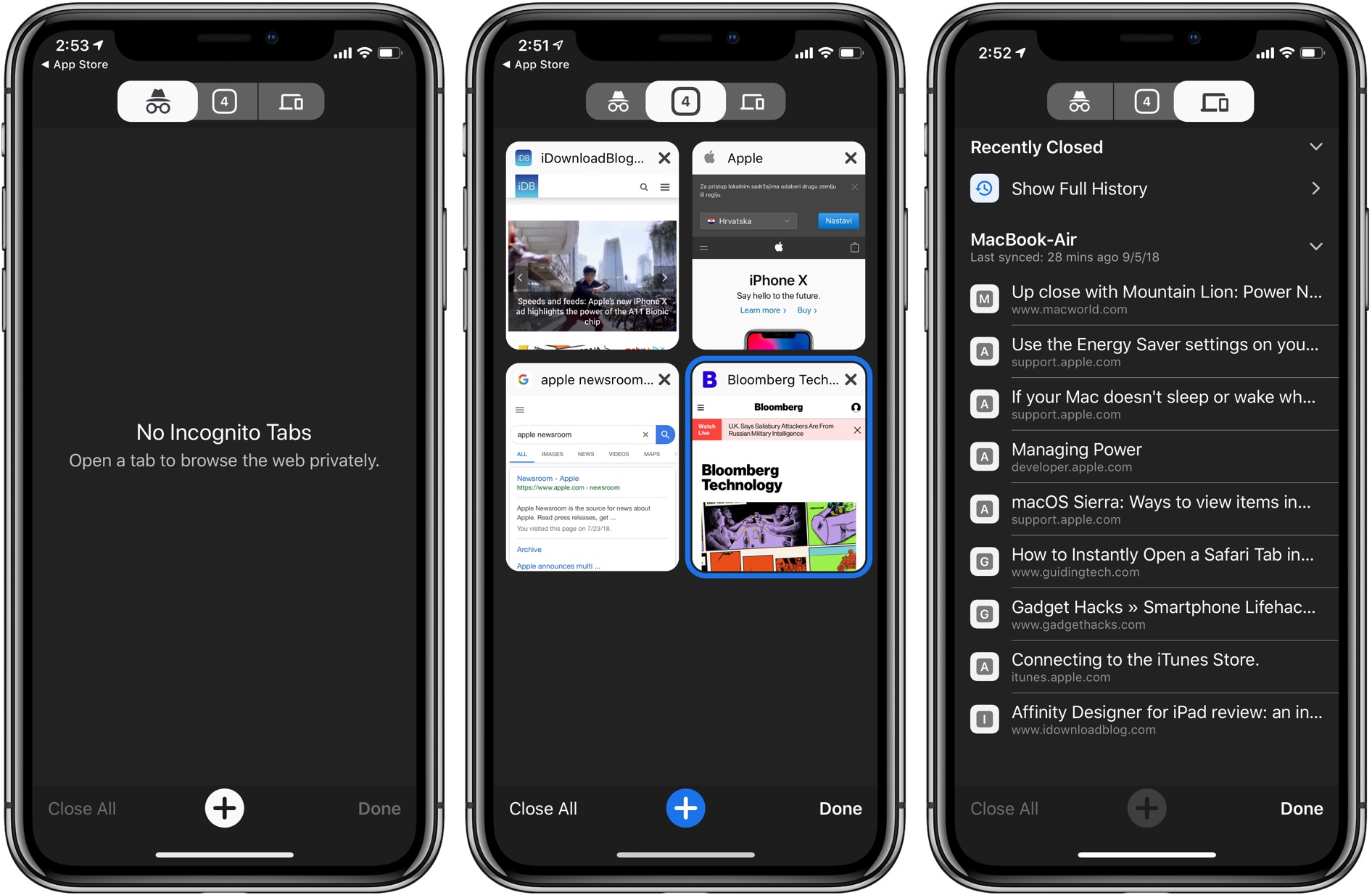 The New Tab Page now lets you set your own image in the background or tap a new Add Shortcut link to create and manage shortcuts to your favorite websites. All of the other features in Chrome are now hidden behind a three-dotted menu in the bottom-right corner, as evidenced  by the screenshots embedded below. 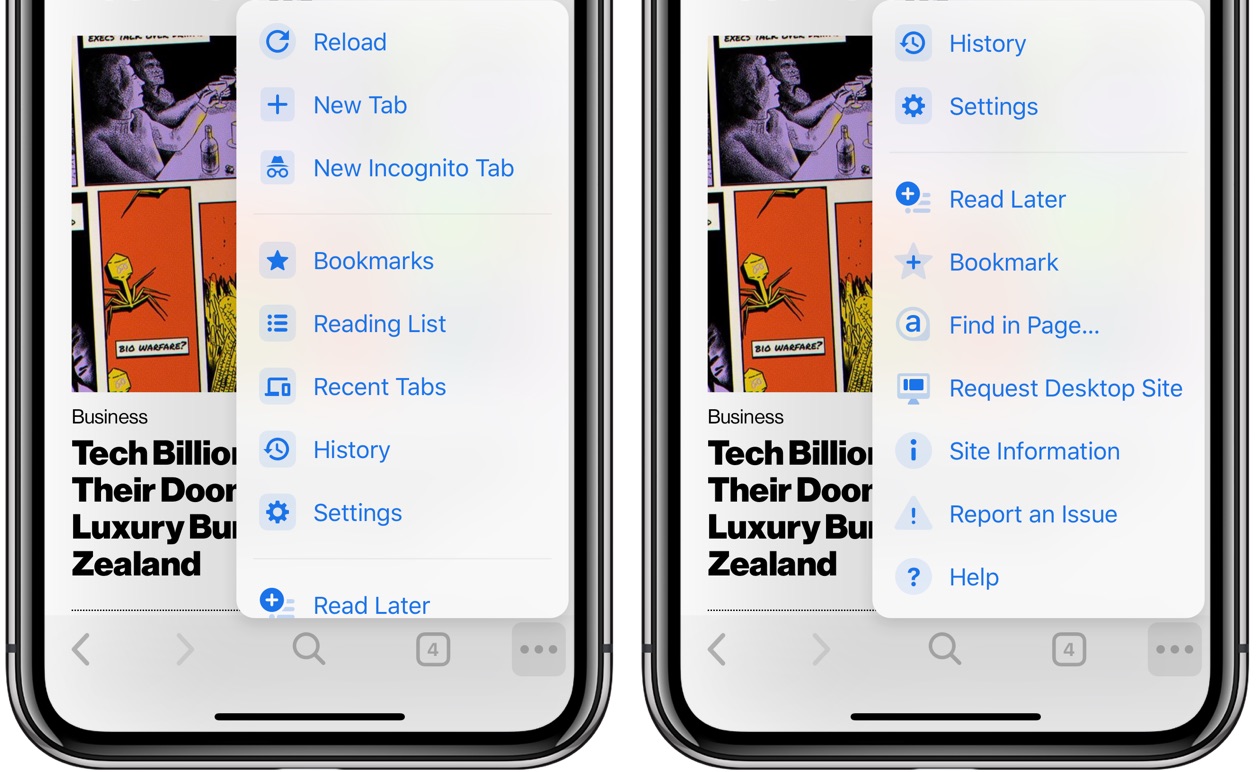 To help you get things done faster, Chrome has rolled out an enhanced password manager capable of more accurately filling in your saved passwords, addresses and credit card numbers. All this information is safely saved encrypted to your Google account, but now you can also surface it directly from Chrome’s Omnibar as well, which is great!

And last but certainly not least, Google says it’s now rolling out a set of new experiments to improve Chrome’s startup time, latency, usage of memory and usability. 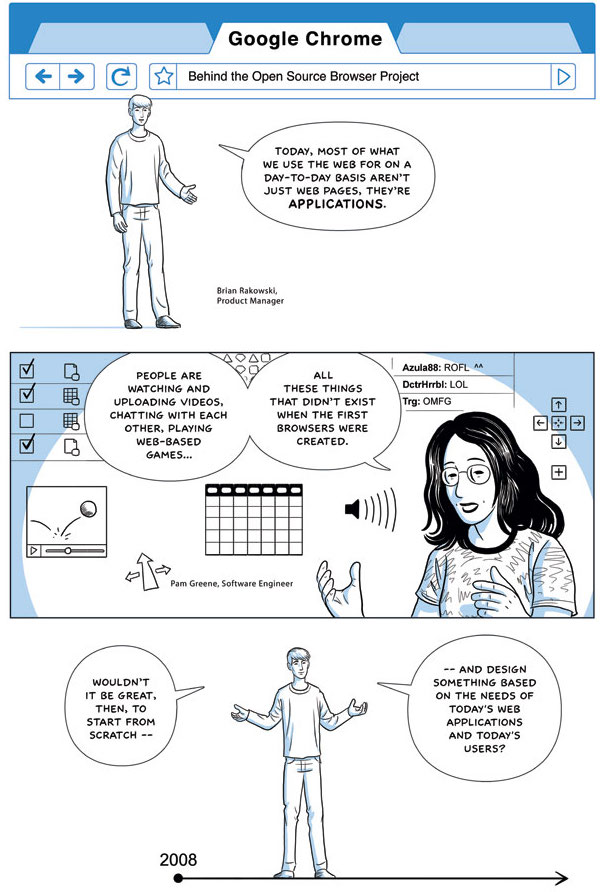 Google pitched Chrome ten years ago with an awesome comic

Google acknowledges the team is already integrating augmented reality features into Chrome and making the browsing experience richer by doubling down on artificial intelligence (AI).

With a smarter Chrome, you will be able to do more than just look at a webpage. Imagine searching on Chrome for a singer you just heard, and having Chrome show you not just their bio, but also their upcoming concert near you and where to purchase tickets.

With AI, Chrome will also better understand what you’re trying to get done, and help you do so faster. Vacation planning typically requires juggling multiple tabs and open documents. But as Chrome evolves to better understand what tasks you’re trying to get done, it can help manage all this complexity for you as you switch back and forth between hotel research and booking flights.

Are you a fan of Chrome or do you prefer the more optimized, significantly power friendlier Safari for Mac? Let us know in the comments section!

Chrome’s Material Design look is being rolled out in stages so not all users will get it at the same time. If you don’t see the visual refresh after updating your copy of Chrome to version 69.0 or later, check back in a few days.

Google Chrome for iPhone, iPad and iPod touch is a free download from App Store.

To update your installed copy of Chrome for iOS to the latest available version, open App Store and tap the Updates tab at the bottom, then pull down to refresh your list of pending updates.

The desktop version of Chrome is available at google.com/chrome

To update Chrome for Mac, choose About Google Chrome from the Chrome menu.