This weekly roundup will encompass all the jailbreak tweaks released from August 27th to September 2nd. As usual, we’ll kick things off by talking about our favorite releases first and outline the rest afterward. 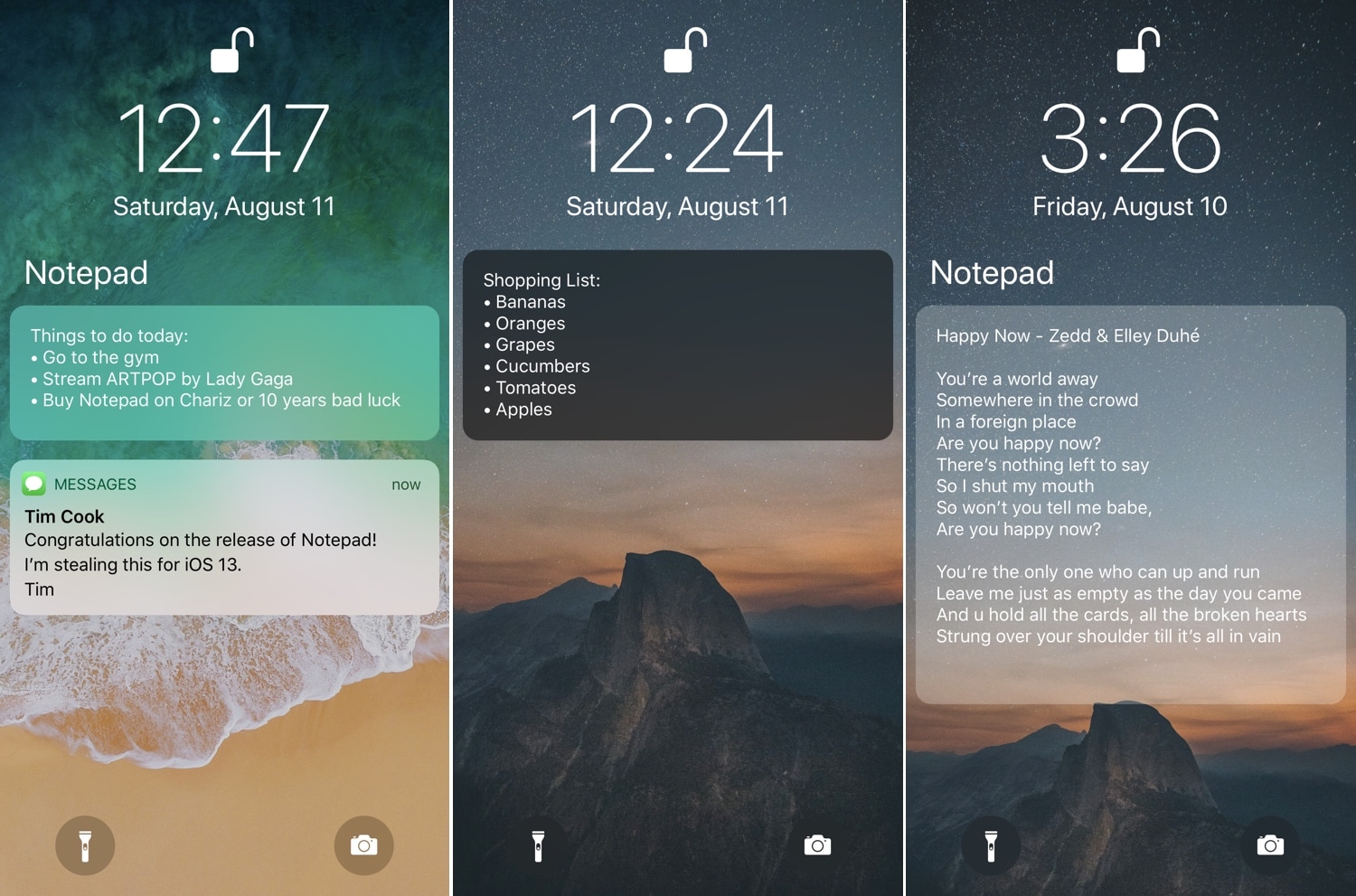 There comes a time when you need to jot something down really quick, and that’s where the inconvenience of having to unlock your handset gets in the way.

A new jailbreak tweak dubbed Notepad comes to the rescue by offering a Lock screen-based means of writing notes to yourself. It’s always available to you whether you’ve saved a note or not, so you can quickly jot things down without dealing with passcodes and biometric authentication methods.

If you want to learn more about Notepad and how it works, then you can check out our full review in which we go in-depth.

Although iOS sports a robust notification system, it could do with a little more user configuration. That’s where a new jailbreak tweak called NotificationsUnleashedXI comes into play.

NotificationsUnleashedXI provides a slew of internal options that let you customize your incoming notifications to suit your needs. Many of these options can be used to improve the aesthetic or function of notification banners on the Lock screen, in Notification Center, or throughout iOS.

You can learn more about the settings NotificationsUnleashedXI provides to the end user in our full review. 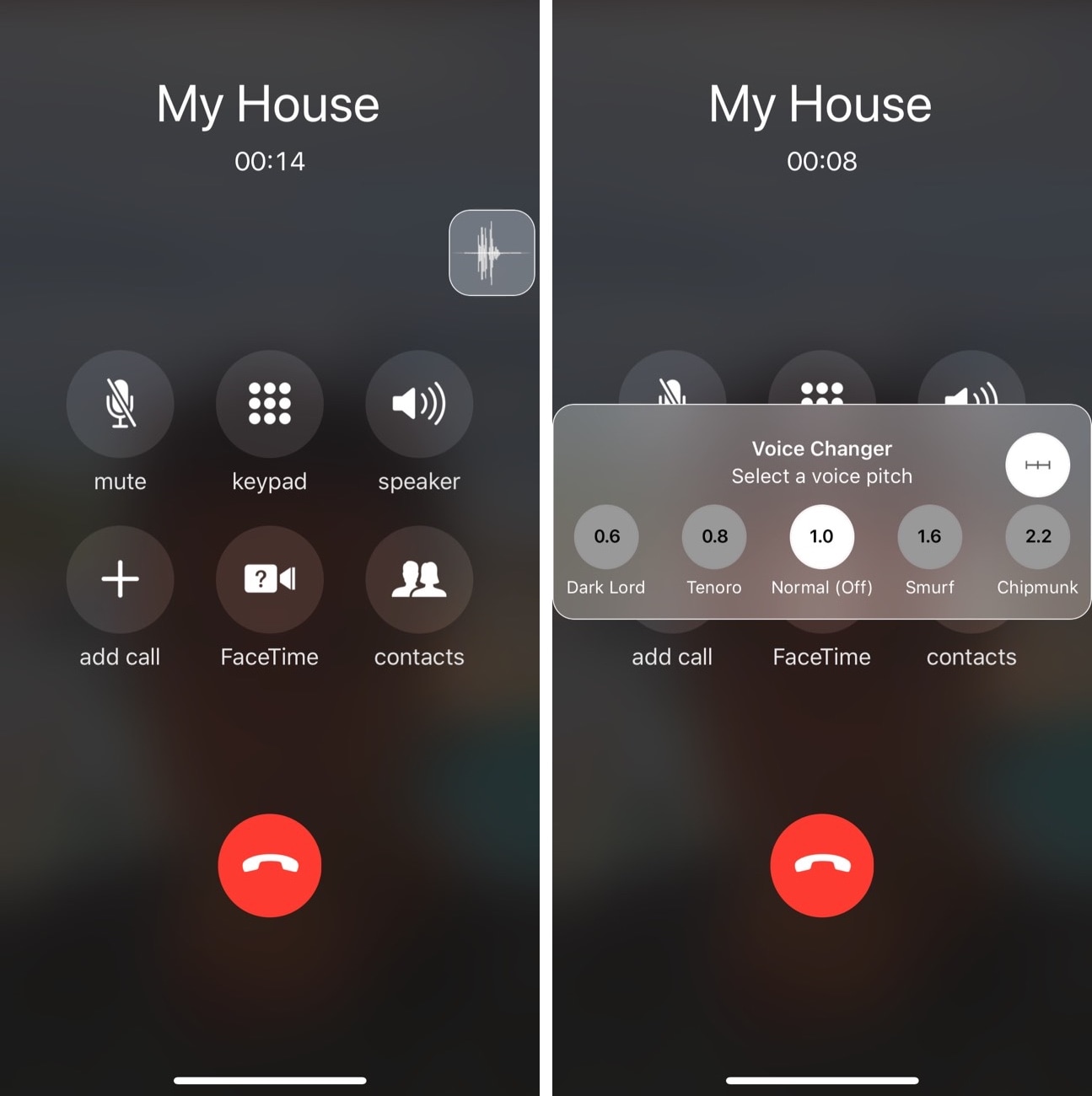 A fan-favorite jailbreak tweak called VoiceChanger X has been released for iOS 11 that lets you modify the pitch of your voice in real-time during phone calls.

The interface includes support for voice-tweaking presets along with manual configuration, and it pops up in the native call interface for the Phone app, FaceTime app, and several third-party VoIP apps.

You can learn more about VoiceChanger X and how it can be used as a funny prank tweak for endless hours of entertainment in our full review.

YouRespring is a fun and quirky new jailbreak tweak that lets you customize your pwned handset’s respring screen.

Upon installation, you’ll find a preference pane in the Settings app where you can configure any animated GIF image for the respring screen and adjust other parameters such as background color and size.

If you’re looking for a new way to spice up that iOS 10 or iOS 11 jailbreak, then check out our full review on YouRespring.

dragToDeleteNotes: Delete notes from the Notes app with a long-drag gesture (free via CydiaGeek’s beta repository)

EvanescoXI: Makes your Home screen icons after inactivity to place emphasis on the wallpaper (free via Chariz/HASHBANG Productions repository – review)

FSiPhoneX For Cydia: Enables full-screen mode in Cydia on the iPhone X (free via BigBoss repository)

NoMoreDisabled: Prevents your iPhone from becoming disabled after too many incorrect passcode attempts (free via BigBoss repository)

PokeBye: A tweak that bypasses jailbreak detection in the Pokémon GO app (free via BigBoss repository)

Roundness: Rounds the corners of Control Center and other interfaces in iOS (free via CydiaGeek’s beta repository)

Smarter Invert Mail: A custom set of options for the Smart Invert feature in the stock Mail app (free via BigBoss repository)

TwitterDarkMode: A dark mode for the official Twitter app (free via Packix repository)

Unplugged: Plays a sound when unplugging your device from a power source (free via Packix repository – review)

Wraith: An upgrade for the popular Snapchat app (free via BigBoss repository)