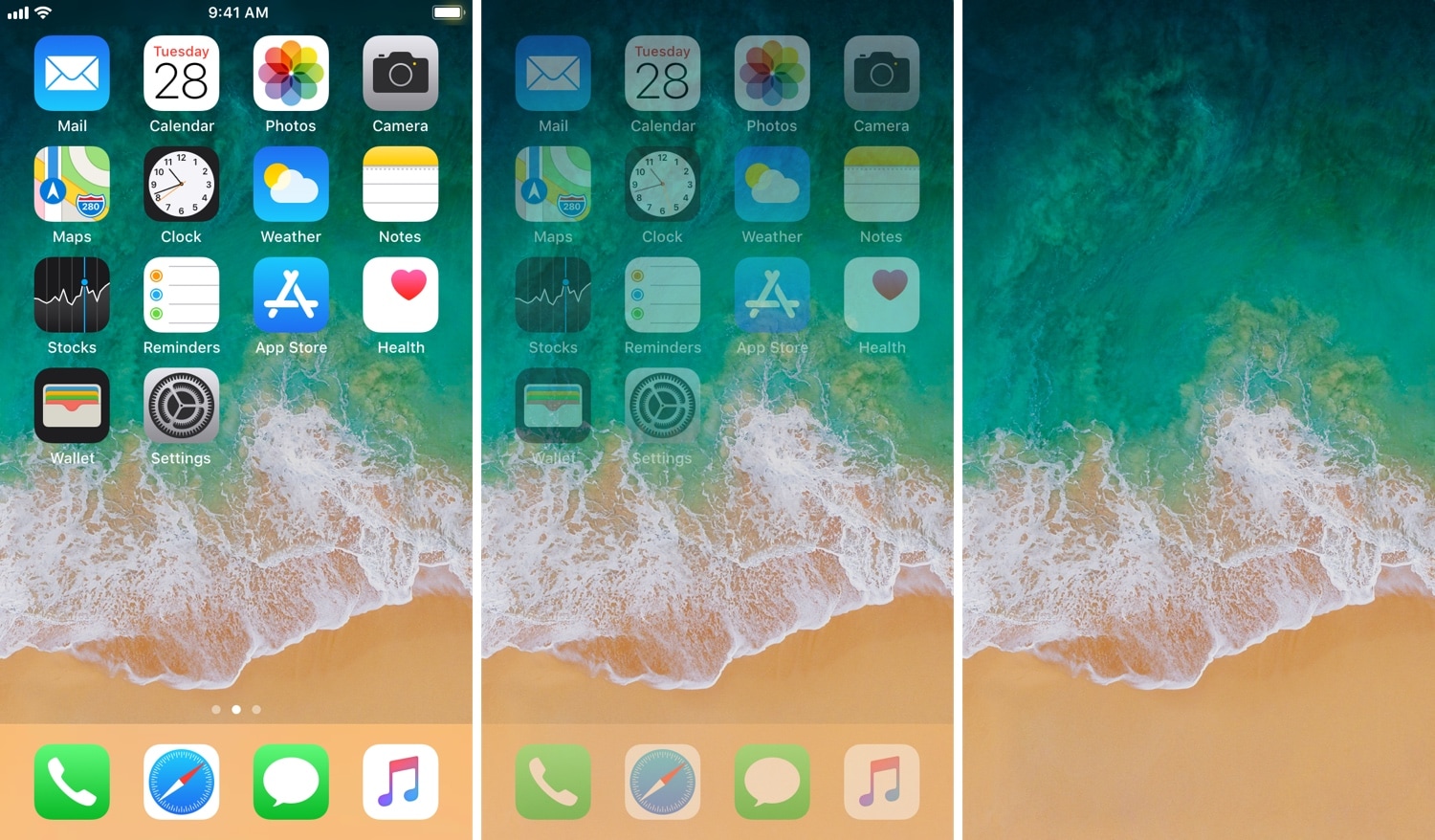 A couple of years ago, we showed you a jailbreak tweak called Evanesco by iOS developer CP Digital Darkroom that dimmed your Home screen icons after prolonged inactivity and brought your wallpaper into focus.

To those who missed this tweak, we have good news: EvanescoXI is now available in Cydia and in reincarnates many of the best features from the original tweak for jailbroken iOS 11 devices.

The screenshot examples above depict how EvanescoXI works. Upon leaving the Home screen unattended for a configured amount of time, the tweak applies an alpha filter to your app icons; this makes it easier to see the wallpaper behind them.

As you might have expected, you can return to normal after a long idle by merely tapping anywhere on your screen.

EvanescoXI adds a preference pane to the Settings app where you can configure a few parameters:

There’s no need to respring your device after altering the settings as all changes take effect on the fly. You also might have noticed that the 3D Touch feature is grayed out in this version, and that’s because the developer is fixing some related bugs as of this writing.

For the most part, EvanescoXI is designed to be an aesthetic complement to your jailbroken iPhone or iPad and serves no functional purpose. If you have a detailed photograph set as your wallpaper, then this tweak offers a great way to get the most out of it without your icons getting in the way.

While you probably don’t spend a ton of time staring at your Home screen for no good reason, EvanescoXI finally gives you a good reason to start.

If you’re interested in giving EvasecoXI a try, then you can download it for free from Cydia’s Chariz/HASHBANG Productions repository. The tweak only works on jailbroken iOS 11 devices. If you have an earlier version of iOS, then try the previous version of Evanesco instead.

What do you think about Evanesco and what it does to your Home screen after inactivity? Share your thoughts in the comments section below.