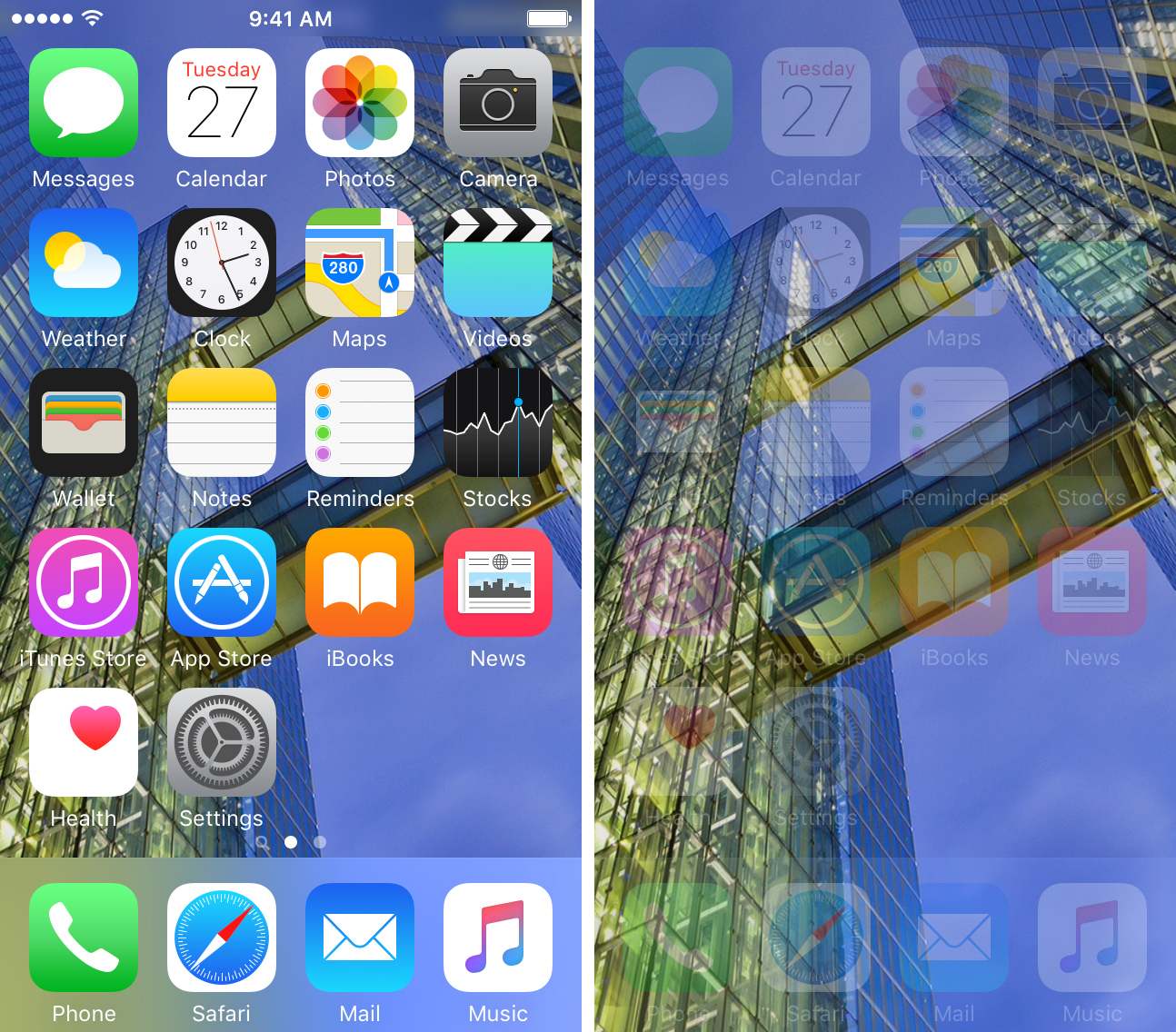 A lot of people take pride in their iPhone’s Home screen wallpapers, but because of the way app icons work on the iPhone, your wallpaper is often interrupted, so you don’t really get the full effect of it.

A new free jailbreak tweak called Evanesco aims to give your Home screen’s wallpaper more focus, and the way it does it is simply brilliant.

The tweak works by basically fading away everything on your Home screen, including the Status Bar, app icons, and Dock whenever you’re idle for a set period of time. Everything doesn’t just go away, but it becomes transparent so that your wallpaper dominates the focus until you start using your device again.

As soon as you try to use your device again, either by pressing a button, moving it around, or tapping on the screen, your app icons and anything else you have set to fade away comes back into focus, just as it would normally look when you were using your device.

While we do realize that most people don’t just sit and gawk at their Home screen for minutes at a time, this is a really nice effect that I personally wish Apple implemented something like this right into iOS from the factory. It’s just an aesthetically-pleasing thing to see, despite how often you might see it.

For the most part, this tweak will be nice for anyone who sets their own wallpaper where the icons often get in the way of the subject, whether it’s a beautiful scenery wallpaper, or perhaps even a portrait of your significant other or of your entire family at a gathering. Its effects aren’t as appreciable with stock wallpapers, so I wouldn’t recommend it for that.

Evanesco adds a preferences pane to the Settings app where you can configure a number of options. This is where things really get interesting:

For the best effect, we recommend hiding the Status Bar and Dock background along with leaving the app icons alpha level turned all the way down.

The time limit is completely up to you, but like we said since most people don’t gawk at their Home screens for long periods of time, you probably don’t want a super long time frame. I find that about 2-3 seconds will suffice for my needs.

At this point in time, the only way for the tweak to trigger is via reaching the time limit, but the developer is working on adding a feature for enabling the visual effects via 3D Touch, which would mean that rather than waiting for the timer to complete, you could invoke this effect manually. This would be an amazing addition to what’s already a great tweak.

If you’re interested in trying Evanesco, you can download it completely free of cost on your jailbroken device today from Cydia’s BigBoss repository today. The tweak runs on iOS 8 all the way through to iOS 10, which is great for those of you that were brave enough to try Luca Todesco’s beta jailbreak for iOS 10.

What are your thoughts on Evanesco? Share in the comments below!