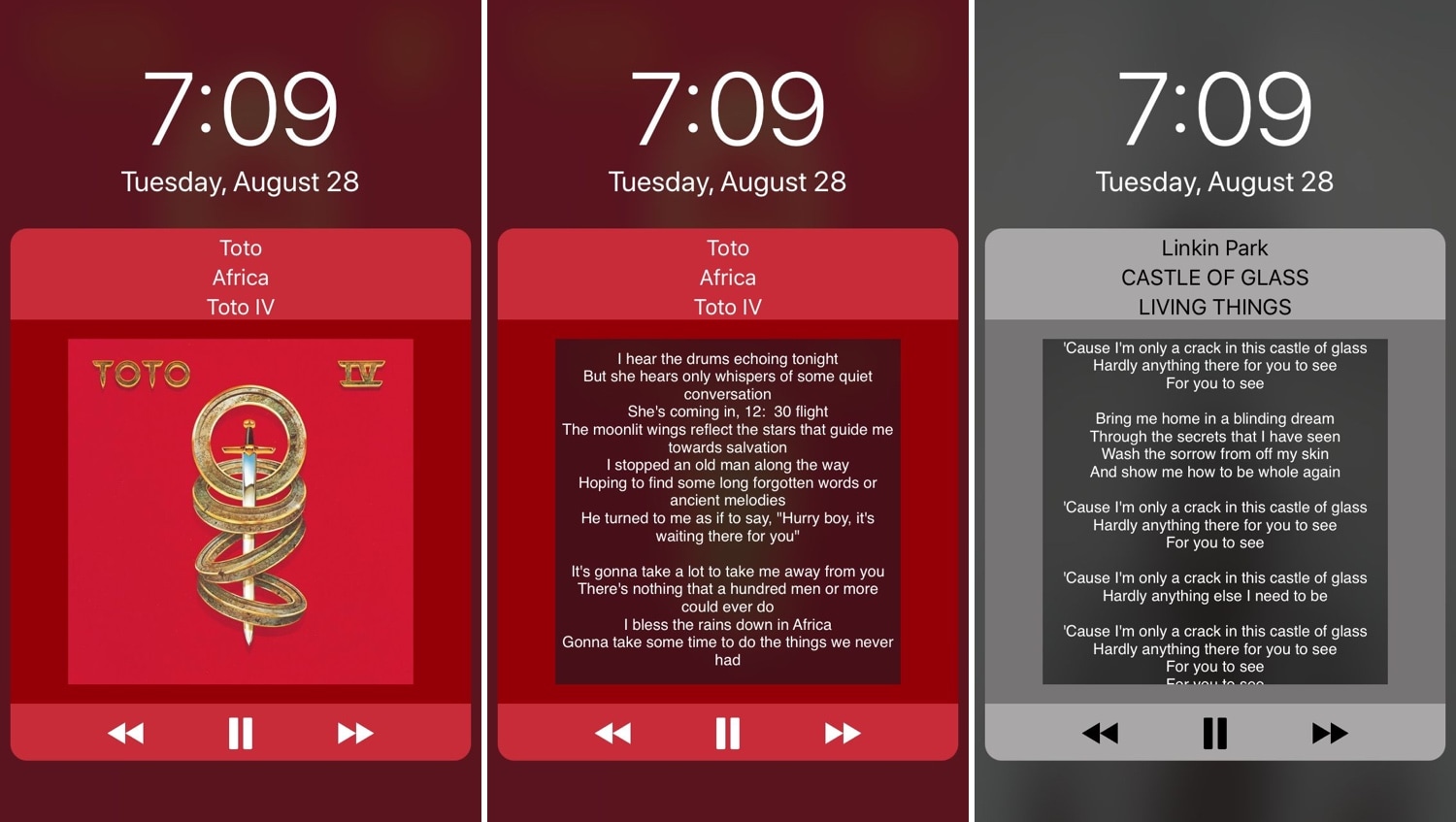 While there’s nothing wrong with the stock Lock screen music controls, that’s not to say that they couldn’t do with some improvement. HeliusXI is a jailbreak tweak by iOS developer s1ris that redesigns these controls with a different look and feel on pwned iOS 11 handsets.

If the concept shown above seems familiar, then that’s because it is. HeliusXI is the newest iteration of the tweak for Apple’s latest mobile operating system, while Helius and Helius 2 previously served jailbreakers using earlier versions of iOS.

HeliusXI sets itself apart from the stock music controls by offering a color-matched experience complete with song lyrics and gesture-based Now Playing controls.

As for that color-matched experience, you’ll notice in the screenshot examples above that the interface matches the dominant color of the Now Playing album artwork. This colorization dynamically changes as your device moves from one song to the next, offering a seamless transition experience.

Without very many options to configure, HeluisXI is fundamentally one of those ‘what you see is what you get’ type of tweaks and you either love it or hate it at first glance. But if you’re interested in a designed Lock screen media player experience on iOS 11, then HeliusXI or SpinXI (also by s1ris) are probably going to be your best bet.

If you’re interested in trying HeliusXI for yourself, then you can download it from Cydia’s Packix repository for $0.99. The tweak works on all jailbroken iOS 11 devices.

Do you like the way HeliusXI makes the Lock screen’s music controls look? Let us know in the comments below.