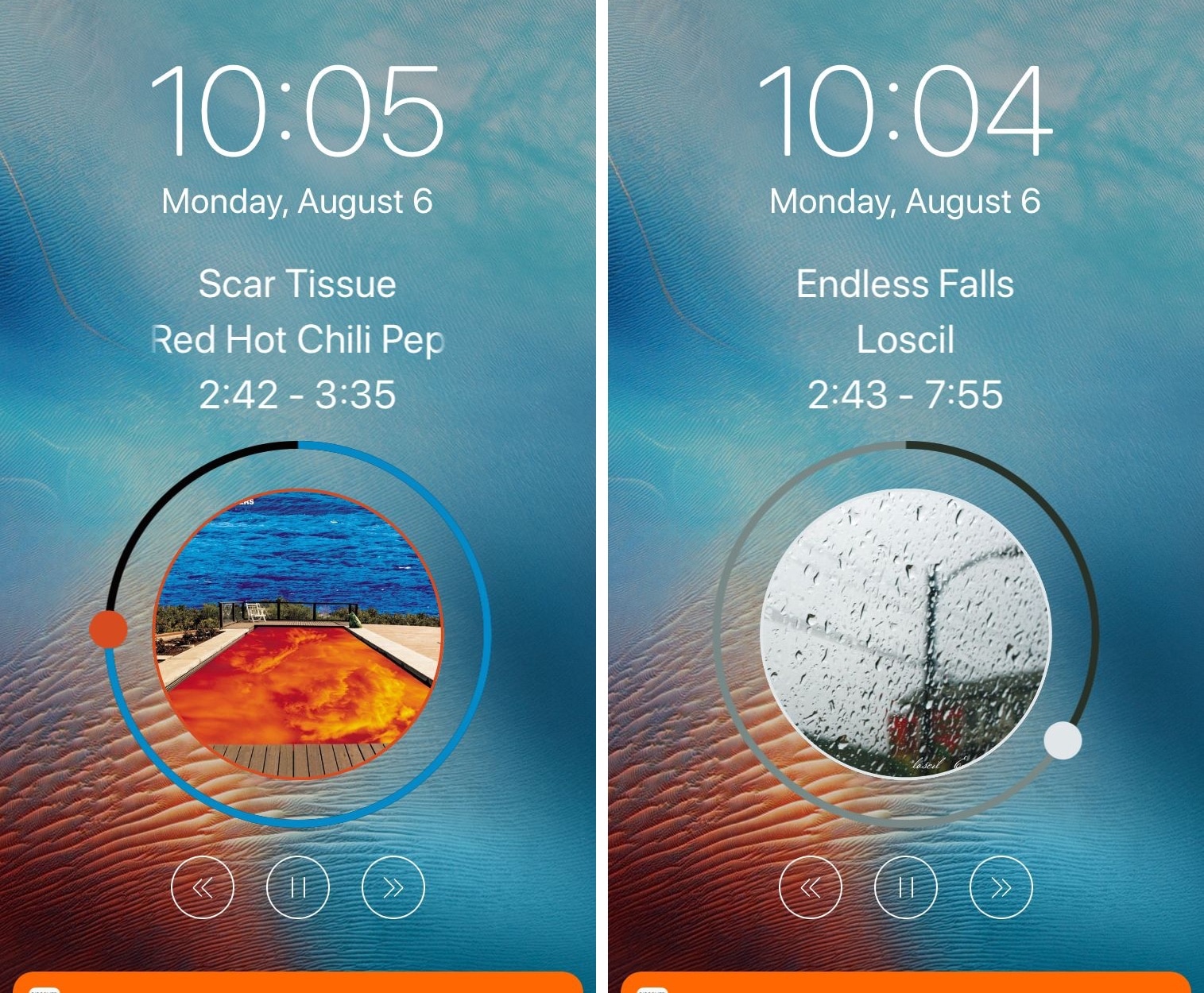 Whenever you play music on your iPhone or iPad, iOS automatically displays the Now Playing music controls on your Lock screen and in other parts of the operating system such that they’re always in reach.

SpinXI is a new jailbreak tweak by iOS developer s1ris that transforms the look and feel of said music controls, causing them to adopt a circular appearance, as shown above.

The tweak starts with the Now Playing album artwork and encircles it with a round progress indicator. Even the Play/Pause, Fast-Forward, and Rewind buttons take on a rounded aesthetic after installation such that they match the new theme.

You’ll notice that information about the media you’re listening to appears just above the album artwork, while any missed notifications you might have awaiting your attention will appear as banners below the rounded media controls.

If the concept seems familiar, then it probably is. Spin has been around since 2014, and the developer has continuously updated the tweak for compatibility with each iteration of iOS since.

The new aesthetic provided by SpinXI is polarizing when compared to the out-of-the-box experience, and you’ll either love it or hate it. As for myself, I’m a huge fan of the circular media controls, and I think they look gorgeous.

If you’re interested in giving SpinXI a try, then you can download it from Cydia’s Packix repository for $0.99. The tweak works on all jailbroken iOS 11 devices.

Do you like the rounded media controls better than the basic Apple-made ones? Let us know in the comments below.