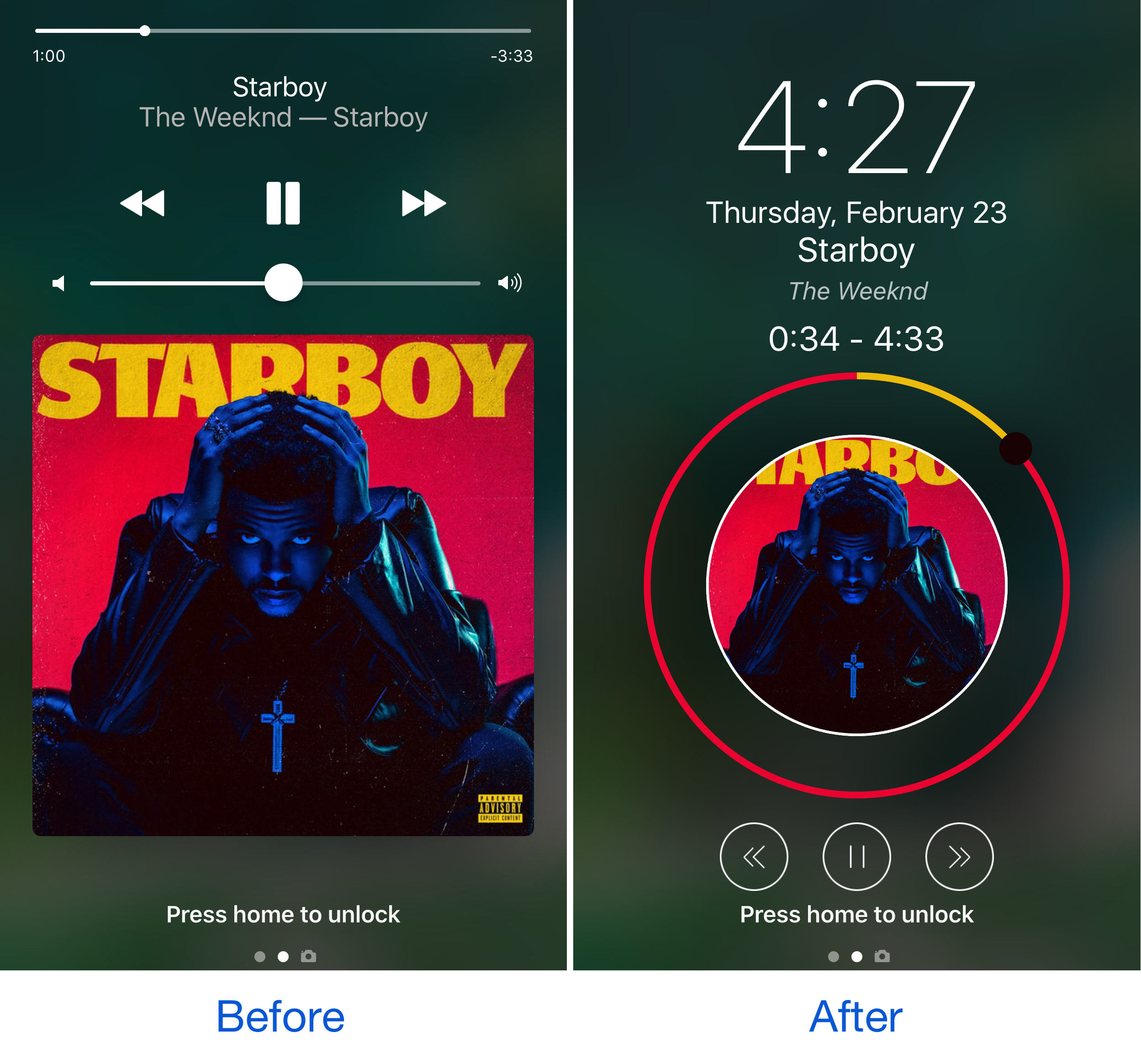 If you use your iPhone for listening to Music, then you are familiar with what the Lock screen’s Now Playing interface looks like; bland and boring, just as it has been for years.

On the other hand, a jailbreak tweak called Spin10 by s1ris transforms your Lock screen’s Now Playing interface into a circular modern marvel; something I wish Apple would implement right out of the box.

Spin10 isn’t really a new tweak, as it’s based off of the original Spin jailbreak tweak that was released three years ago, but this refresher looks better than the original did and is compatible with iOS 10 devices; a huge plus for anyone who’s rocking the Yalu jailbreak.

The Lock screen’s new circular music control interface includes a circular grabber that allows you to scrub to a different point in a song. It also includes your usual pause/play, forward/backward buttons right underneath. The circular interface gets its color scheme from the dominant colors in the album artwork of any music you’re currently listening to, which is really cool too. See the examples below: 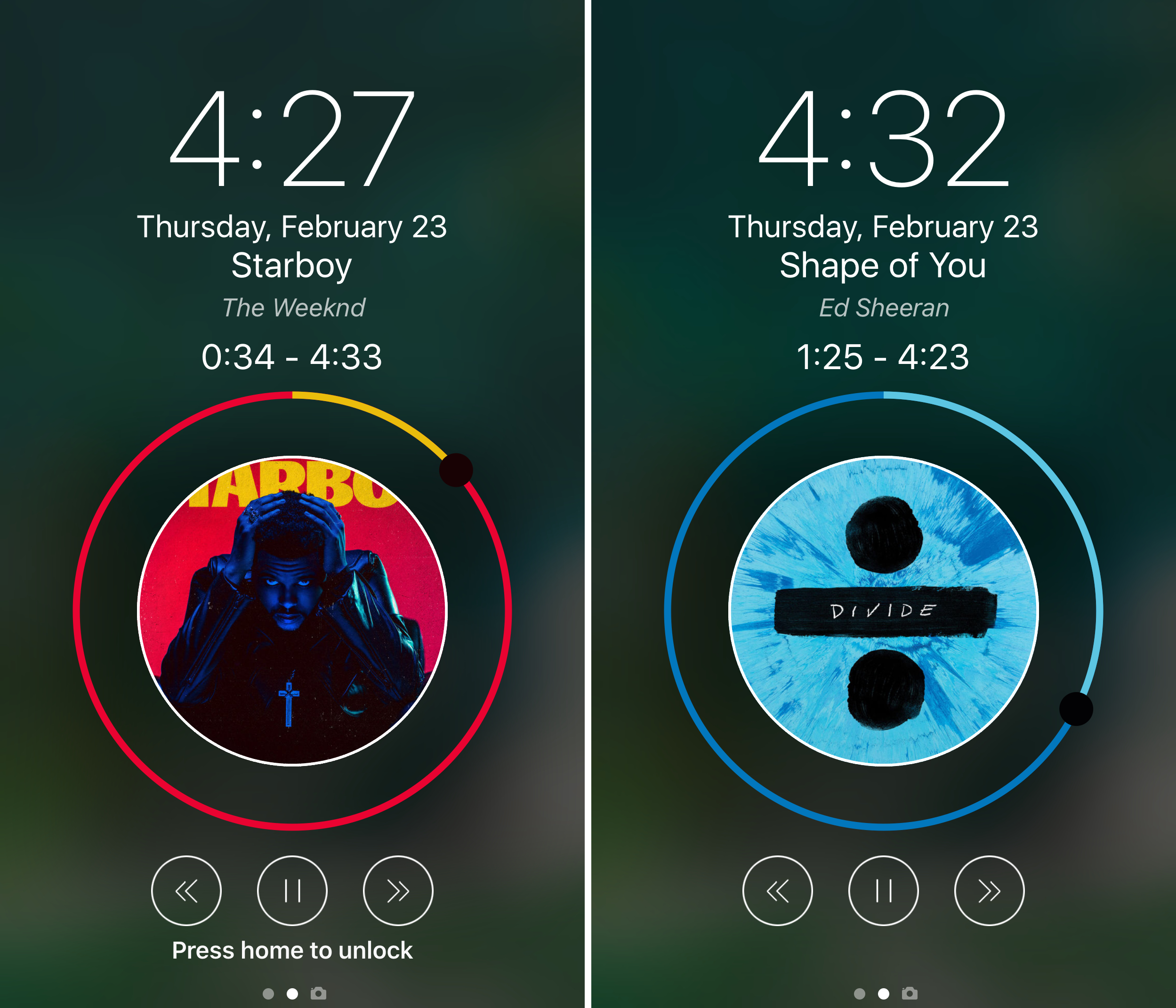 You will also notice how all of the song information is centered on the screen, just under the enlarged clock, which is an improvement over the stock interface to say the least.

In terms of compatibility, Spin10 works with all of your music apps. Even if you’re using a third-party app like Spotify Music, rather than Apple Music, you’ll still see these impressive new music controls on the Lock screen, which is sure to be a selling point for anyone who doesn’t want to be locked down to Apple’s own music app.

After installing Spin10, the following preferences pane gets added to the Settings app, allowing you to change a few of the settings to meet your own personal desires: 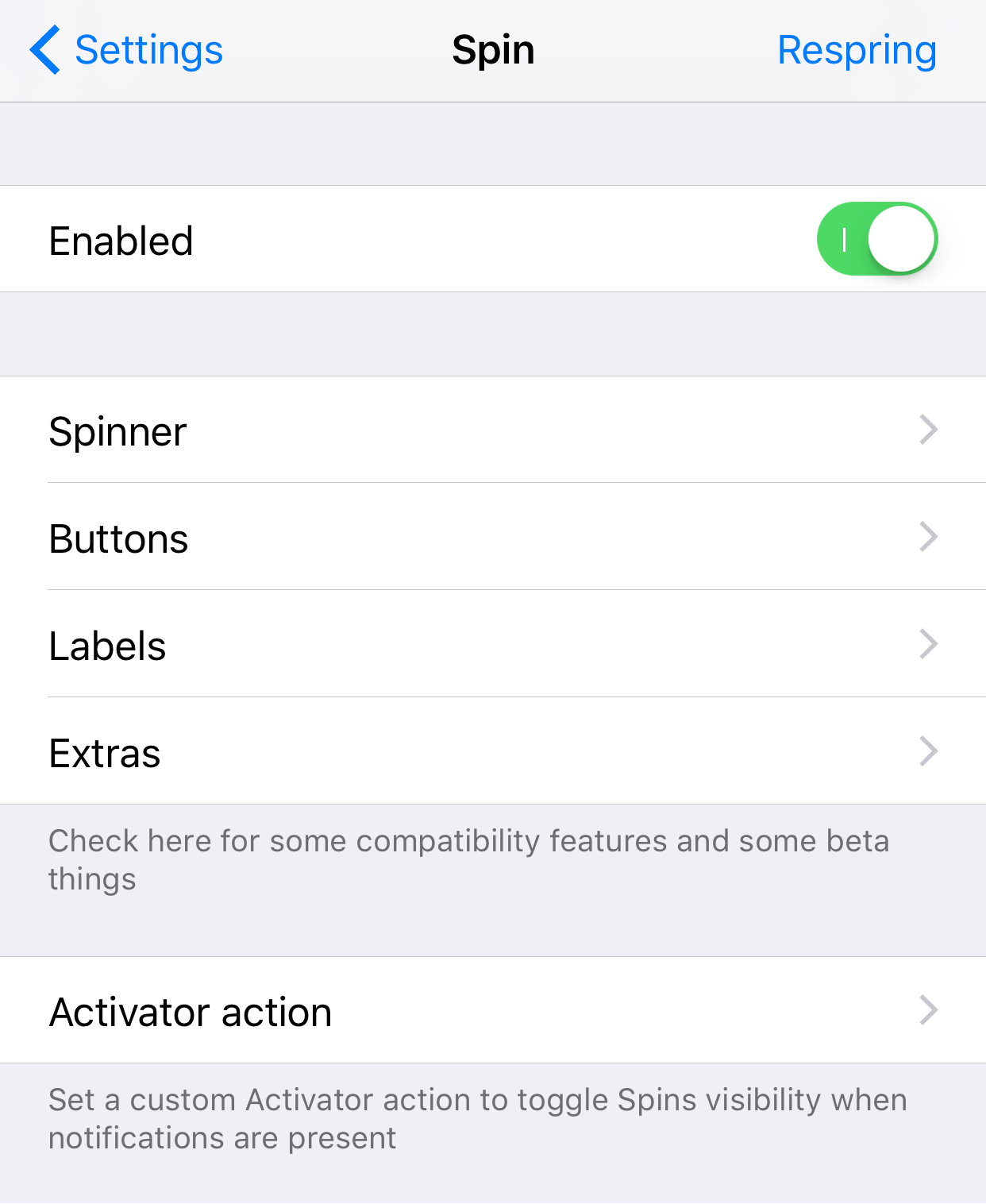 Here, you can toggle the tweak on or off on demand, as well as visit four different settings cells, each named: Spinner, Button, Label, and Extra. As you can imagine, each of these cells lets you configure options for each piece of the Lock screen interface. You’ll also find a cell for configuring an Activator action, which lets you toggle Spin10’s interface even when you have Notifications on the Lock screen.

Going into each of the aforementioned settings cells, you’ll find all of the following options for customizing the look and feel of Spin10: 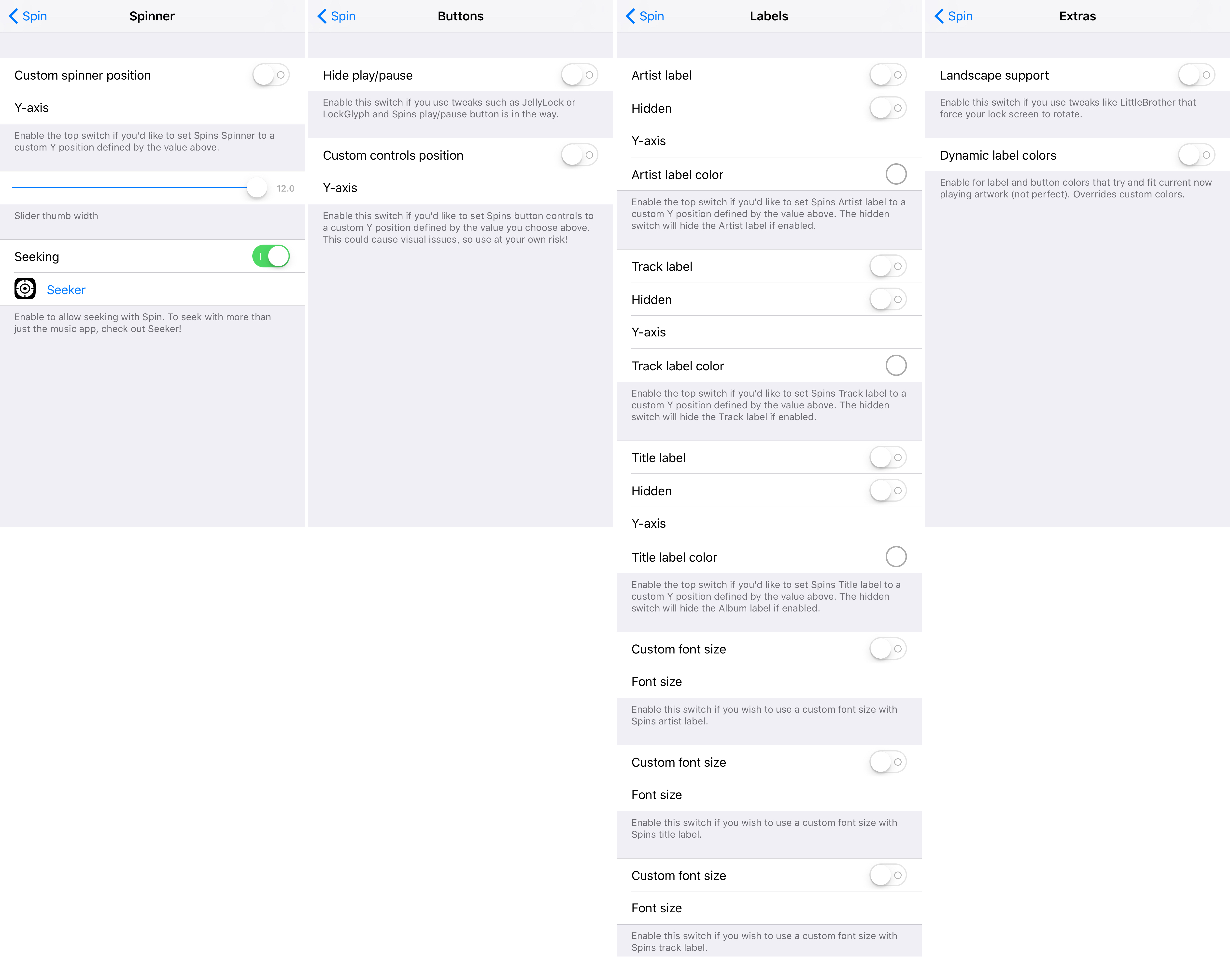 Since a respring is necessary to save your changes to the settings any time you make them, a respring button is included at the top right of the preferences pane for your convenience.

For those who remember the somewhat rocky start of the original Spin tweak, which was laggy and lacked many desired features, Spin10 is an impressive upgrade with all of the properly-functioning bells and whistles you’d expect.

If you’re interested in grabbing Spin10 to use on your jailbroken iOS 10 device, the tweak can be downloaded for just $0.99 in Cydia’s BigBoss repository.

Do you like the new styling of the Spin10 lock screen over stock? Share your thoughts in the comments below.