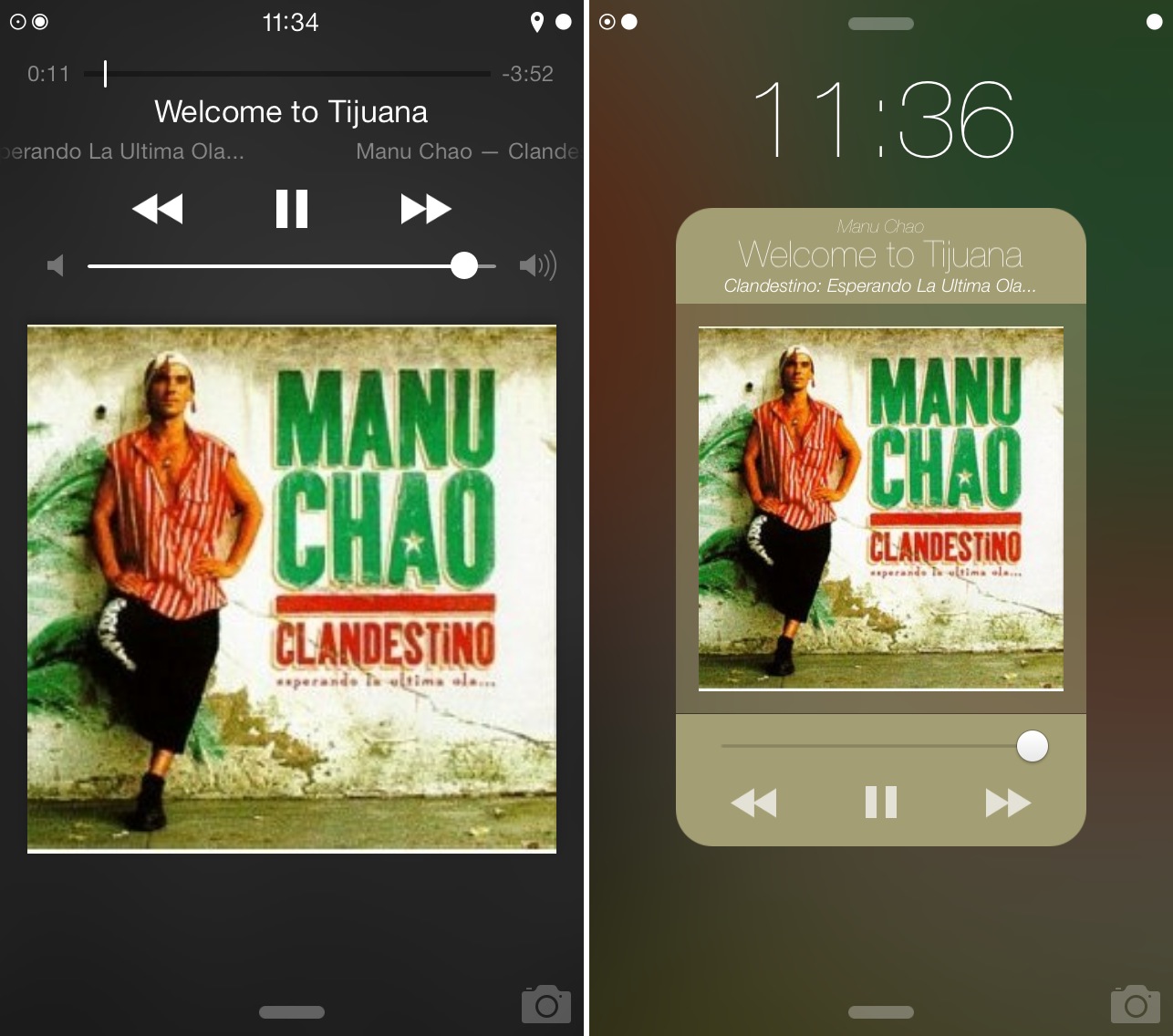 The Lock screen has been an area of interest for jailbreakers for quite some time, which probably explains the popularity of tweaks such as LockInfo7 or Spectral. Some tweaks do things in a subtle way, others aim to take a fresh approach in order to bring a completely new design. This is the case of Helius, a new tweak developed by Phillip Tennen whose goal is to bring a new kind of music controls to your Lock screen…

After installing Helius, songs played with the Music app will come to your Lock screen in a very much condensed way, as you can see on the screenshot above.

The controls are relocated below the album cover with the artist name, song title and album title directly above the album cover. Note that the time scrubber bar is gone, which could be an annoyance for some. I personally find myself rarely using this feature anyway, so I won’t be missing it much.

My favorite feature about Helius is how the blurred background matches the colors of the album being played. This is not the first tweak to do such a thing, but it’s definitely a nice addition.

From my short experience with Helius, I can tell the tweak behaves just as advertised, but with a few caveats. Most noticeably, the tweak currently doesn’t work with any other app but the Music app. This means that Spotify, Pandora, or even the Podcasts app won’t work and will just display a blank Lock screen.

It’s my understanding that the developer will update the tweak with support for additional music apps, but I believe it would have been nice to bring support for third party apps from the start.

As always, and especially when it comes to tweaks that alter the overall design of the OS, your appreciation of Helius may vary. If you believe it’s something that might enhance your Lock screen, then you can find Helius in the BigBoss repo for $0.99.