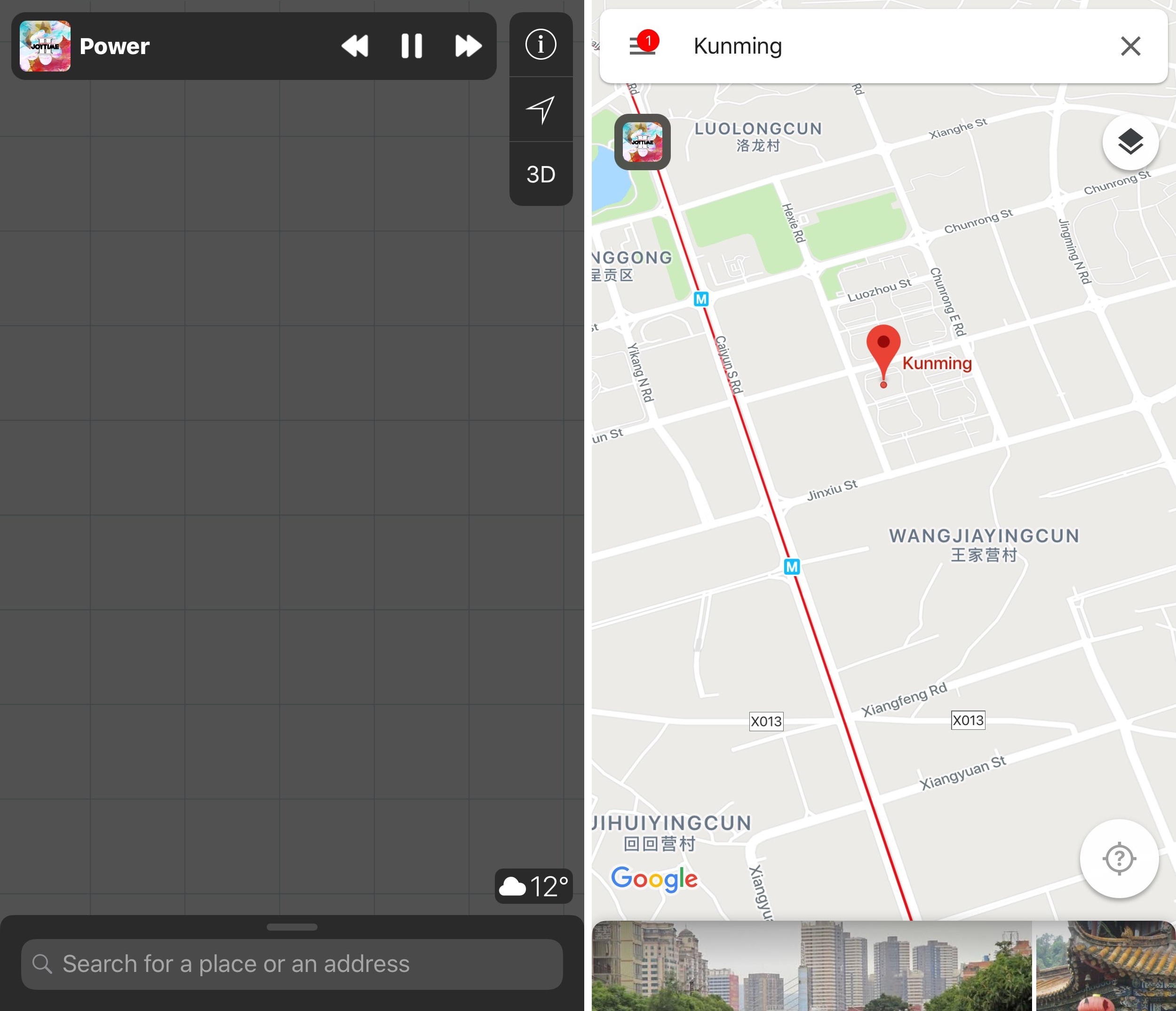 Hot off the heels of Cydia’s latest repository refresh is a new jailbreak tweak called Mapsic by iOS developer Antique, which incorporates an elaborate music player experience into the Apple and Google Maps apps.

The screenshot examples above depict how Mapsic looks in both apps. In both instances, the music player is both low-key and visually-stunning.

The skeptical folk out there might be wondering why you’d need such a thing, but depending on how much navigating you do with your iPhone to travel the lesser-known parts of town, Mapsic could be a worthwhile investment.

Rather than fiddling around with your iPhone’s App Switcher or Control Center to control your music playback while behind the wheel, Mapsic integrates everything you need into the navigation app you’re using so you can spend less time looking away from the road.

Notably, you can collapse or expand the Mapsic interface on demand by tapping on it. When it’s collapsed, you can see a small preview of your Now Playing album artwork; when expanded, you’ll also see the usual music controls (play/pause, fast-forward, rewind) in addition to the album artwork.

Antique says he made Mapsic because of a request that had been posted on Reddit. While it was a response to a somewhat niche request, that doesn’t mean others can’t benefit from what seems like the beginning of a great idea.

If you’re interested in trying Mapsic for yourself, then you can download it for $0.99 from Cydia’s Packix repository. The tweak works on all jailbroken iOS 11 devices and doesn’t come with any options to configure.

Do you think Mapsic improves the way you listen to music while using navigation apps on your iPhone? Let us know in the comments section below.