When you start playing music on your iPhone or iPad, iOS automatically displays a widget on the Lock screen of your device to give you basic music controls. Typically, this widget will disappear from the Lock screen on its own a few minutes after you’ve stopped playing music, but there are instances where that widget gets stuck and won’t go away.

In this post, we will share a few options to fix a stuck music player widget on your iPhone or iPad so you can regain control of your Lock screen. We will go from the easiest possible fix to the most inconvenient ones.

The first thing to note is that you have no control over this widget. Want it or not, once you start playing music, whether it’s playing on Apple Music, Spotify, or other music services, you will get the music widget on your Lock screen. There is absolutely nothing you can do about that. However, you can try a few things if the widget gets stuck, which we’re about to see.

Fix stuck Music widget on iPhone Lock screen: hide
1) Make sure you stopped playing music
2) Force-quit the music app you’re using
3) Reboot your device
4) Turn off Siri suggestions
5) Delete the app you think is the culprit
6) It could be a Bluetooth issue
7) If everything else fails…

Make sure you stopped playing music

I know, I know. But we sometimes overlook the most obvious of solutions. So if your music controls won’t go away from the Lock screen, make sure you have indeed stopped playing music. Usually, the widget goes away just a few minutes after the music stops.

One of the most likely culprits in such a situation is the application you recently used to play music. Whatever it might be (Pandora, Spotify, Apple Music, etc.), force-quit that app.

On iPhone X or later, swipe up from the bottom of the display and pause to show the app switcher. On older devices, double press the Home button. Find the app you want to force-quit, and swipe up on it.

After having force-quit the app you believe is the culprit, check your Lock screen. If the music widget is gone, then great. If not, keep reading for more potential solutions.

When in doubt, just reboot. While this may sound like the go-to answer for most problems, the reality is it often is a solution to most problems or temporary hiccups you might encounter on a computer.

Shut down your iPhone or iPad, then turn it back on. Hopefully, the music widget is unstuck. If not, let’s troubleshoot further.

I have noticed that when I have an active Apple Music subscription, I often see the Music widget on the Lock screen, even if nothing is playing. Hopefully, this can be solved by turning off Siri suggestions. To do that, go to iPhone Settings > Siri & Search and turn off the toggles you don’t need, like Show When Listening. Next, scroll down and tap Music, and turn off the toggles you see on the next screen. 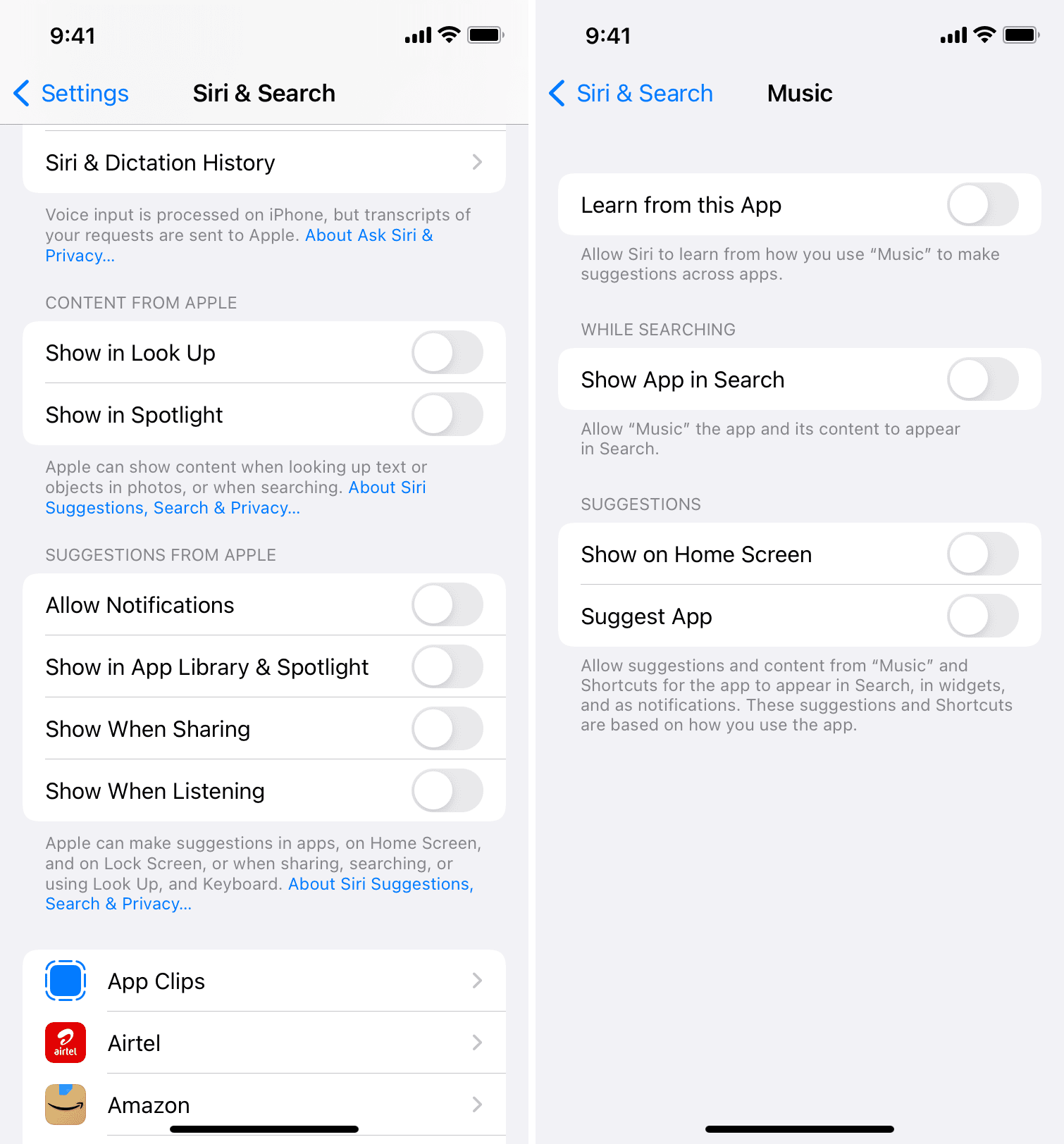 Delete the app you think is the culprit

The next step will require you to simply delete the app you believe causes the music controls widget to be stuck on your Lock screen. Don’t be afraid of deleting that app, even if it’s Apple’s own Apple Music app, because you’ll obviously be able to download it again for free from the App Store.

Delete the app, and reboot your device again as well for good measures. When your iPhone restarts, the music widget will hopefully be gone.

It could be a Bluetooth issue

When I recently encountered the mysterious case of the stuck music widget, it turned out that my car’s Bluetooth stereo was to blame. For some reason, every time I would get out of my car, the music widget would just remain stuck on the Lock screen.

What I did was that I completely unpaired both devices and removed them from each other’s settings.

On your iPhone, go to Settings > Bluetooth, and tap the (i) icon next to your car stereo. Then select Forget This Device. On your car stereo, go into the settings and find the way to delete/unpair your iPhone. Reboot the device.

As a precaution, I would almost recommend doing so for all Bluetooth accessories paired to your iPhone, but you might just want to try first with your car stereo and see if it fixes the issue. If it doesn’t, move on to unpair other Bluetooth devices.

Reboot your device, then proceed to pair devices again one by one.

If everything else fails…

If you have tried all potential solutions on this list and are still seeing the music widget on your Lock screen, first make sure to update your iPhone or iPad to the latest version of iOS. If it still doesn’t fix the problem, I’m afraid that you’re going to have to erase and restore your iPhone or iPad.

I’m confident that at least one of the solutions proposed here will take care of your problem. If you’ve figured out other solutions not mentioned in this article, please feel free to share with others in the comments section below.