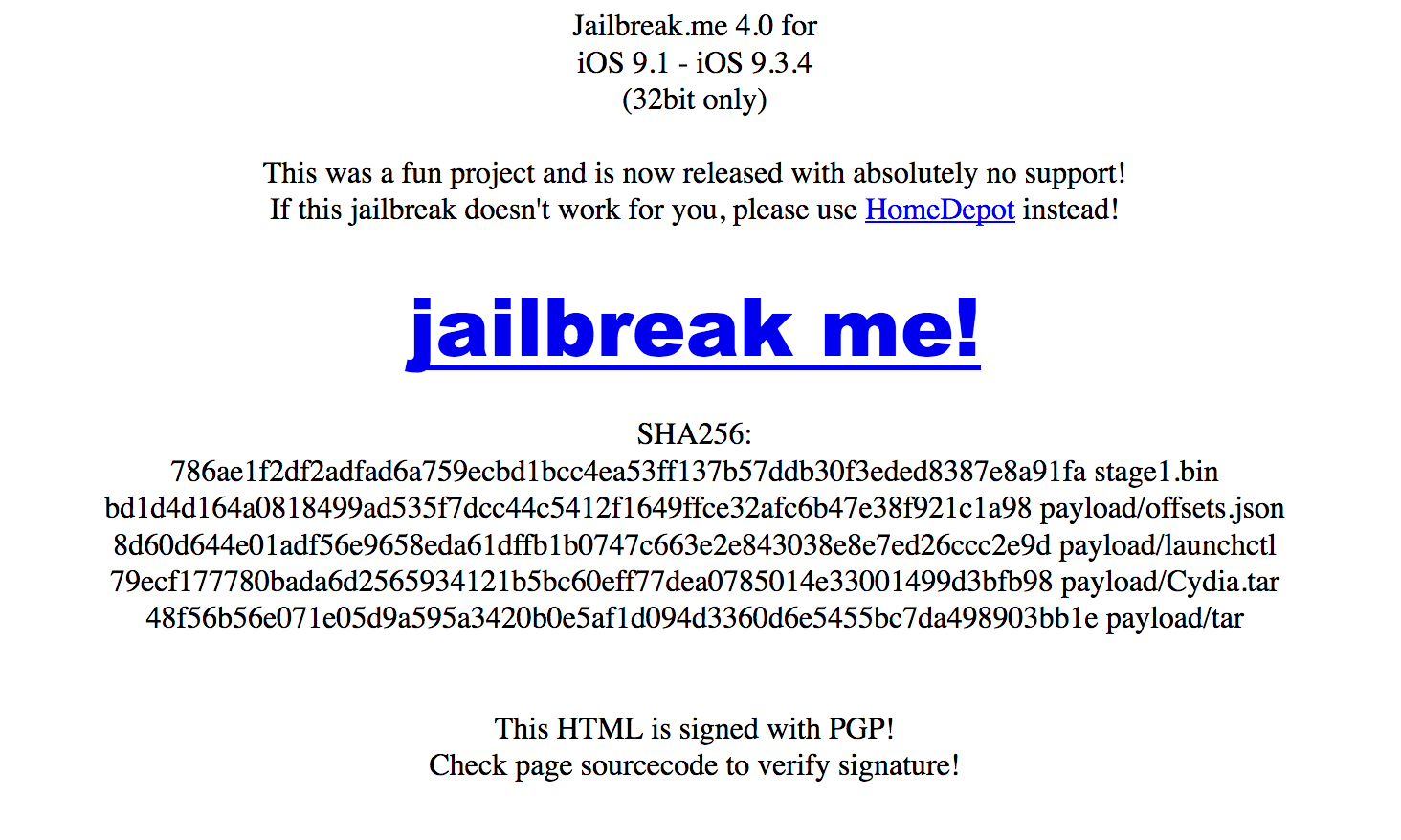 If you happen to have a 32-bit iOS 9.1-9.3.4 device, then you might be thrilled to learn that there’s a new jailbreak in town that supports it.

JailbreakMe 4.0 was released by iPhone hacker tihmstar on Tuesday, and it can jailbreak any iPhone, iPod touch, or iPad that meets the criteria mentioned above.

Just like browser-based jailbreak tools in the past, you need only visit the JailbreakMe 4.0 website in Safari and tap on the “Jailbreak Me” button to get started. Doing so triggers the zippy jailbreak process, and installs Cydia on your Home screen.

Furthermore, you can untether this jailbreak by adding tihmstar’s repository to your Cydia app and installing the “Community Offsets” and “UntetherHomeDepot” packages within. To add this repository to Cydia, you’ll need to use the URL provided below:

Interested in learning how it works? Tihmstar published a demonstration video on YouTube, which we’ve embedded below for your convenience:

One of the things we can gather from the video demonstration is that JailbreakMe 4.0 may or may not work on specific devices, and tihmstar tested his jailbreak on an iPhone 4s in this video. If it doesn’t work, then tihmstar advises using the HomeDepot jailbreak tool rather than trying the JailbreakMe 4.0 tool over again.

Because most people have unsupported 64-bit devices running iOS 10 or later, tihmstar admits that his tool doesn’t have much practicality. Instead, he created it for fun so that the public could take advantage of it.

Given just how many independent jailbreak projects seem to be in the works, it’s possible that we might see another season of jailbreaking. With a light at the end of the tunnel, the jailbreak community pushes on.

Do you have any devices that you can jailbreak with JailbreakMe 4.0? Let us know in the comments section below.