Just last week, security researcher Ian Beer apprised the internet about a powerful tfp0 exploit for iOS 11.0-11.1.2. Little was known regarding the exploit at the time except that it granted seemingly endless possibilities.

On Monday, Beer once again broke the silence by announcing on Twitter that he had officially released the exploit to the public. 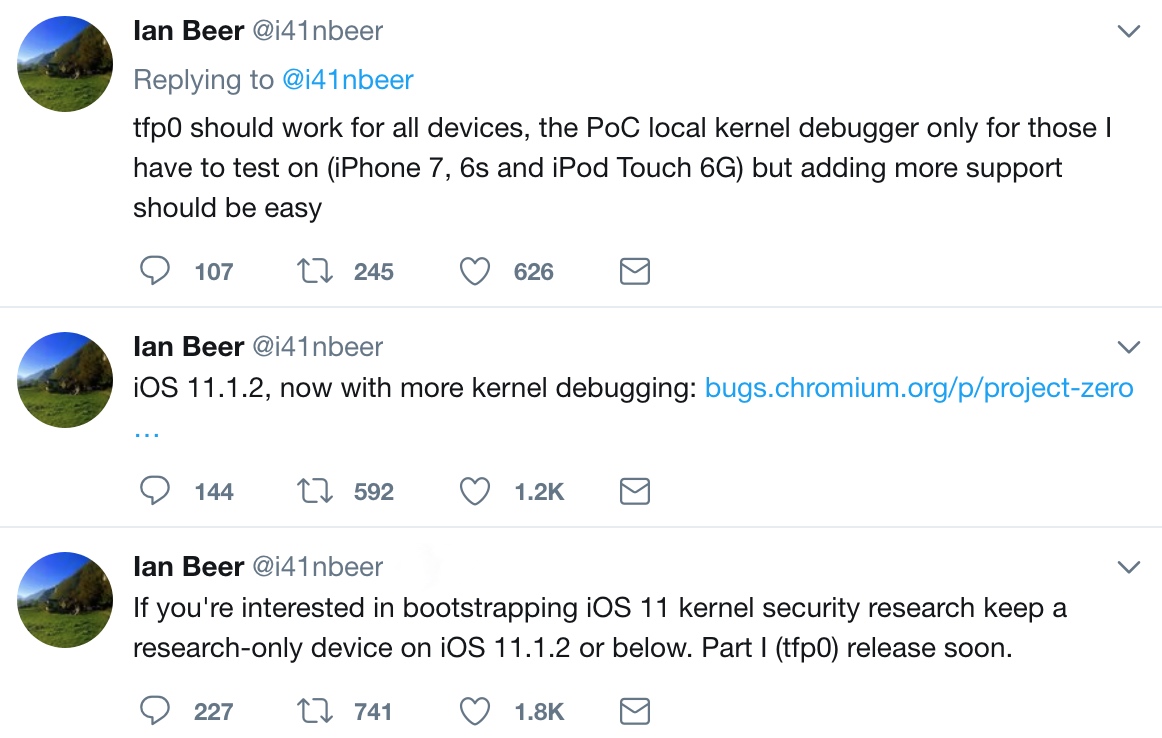 Beer’s Tweets seem to validate initial assumptions that the tfp0 exploit should work on all devices running iOS 11.0-11.1.2, perhaps including Apple’s current flagship handsets: iPhone X, 8, and 8 Plus. He appears to have tested it on an iPhone 7, iPhone 6s, and iPod touch 6G, but adding support for other devices “should be easy,” as he puts it.

To be clear and upfront, Beer’s release isn’t a jailbreak. Instead, it’s a security exploit that someone could potentially use as a part of an iOS 11 jailbreak. Consider it like a piece of an incomplete puzzle; someone still needs to put those pieces together to make a functioning jailbreak tool for the public.

Apple still signs iOS 11.1.2 as of this writing, and we made a tutorial going over how to get your devices on iOS 11.1.2 as soon as possible. Because Apple recently released iOS 11.2, there’s only a limited amount of time left before the signing window for iOS 11.1.2 closes. That said, you have a tough decision to make if you fancy any chance of jailbreaking iOS 11 in the future.

Two of the most significant new features on iOS 11.2 are Apple Pay Cash and 7.5W wireless charging, both of which most people can (but won’t want to) live without. That said, there isn’t much to lose unless you actually rely on these features.

If you’re already cozily jailbroken on iOS 9 or iOS 10, my advice is to stay where you are. I wouldn’t bother taking the risk of losing your precious jailbreak, as there’s still no guarantee that an iOS 11 jailbreak will ever materialize.

Would you like to see a jailbreak made for iOS 11.1.2? Let us know in the comments section below.