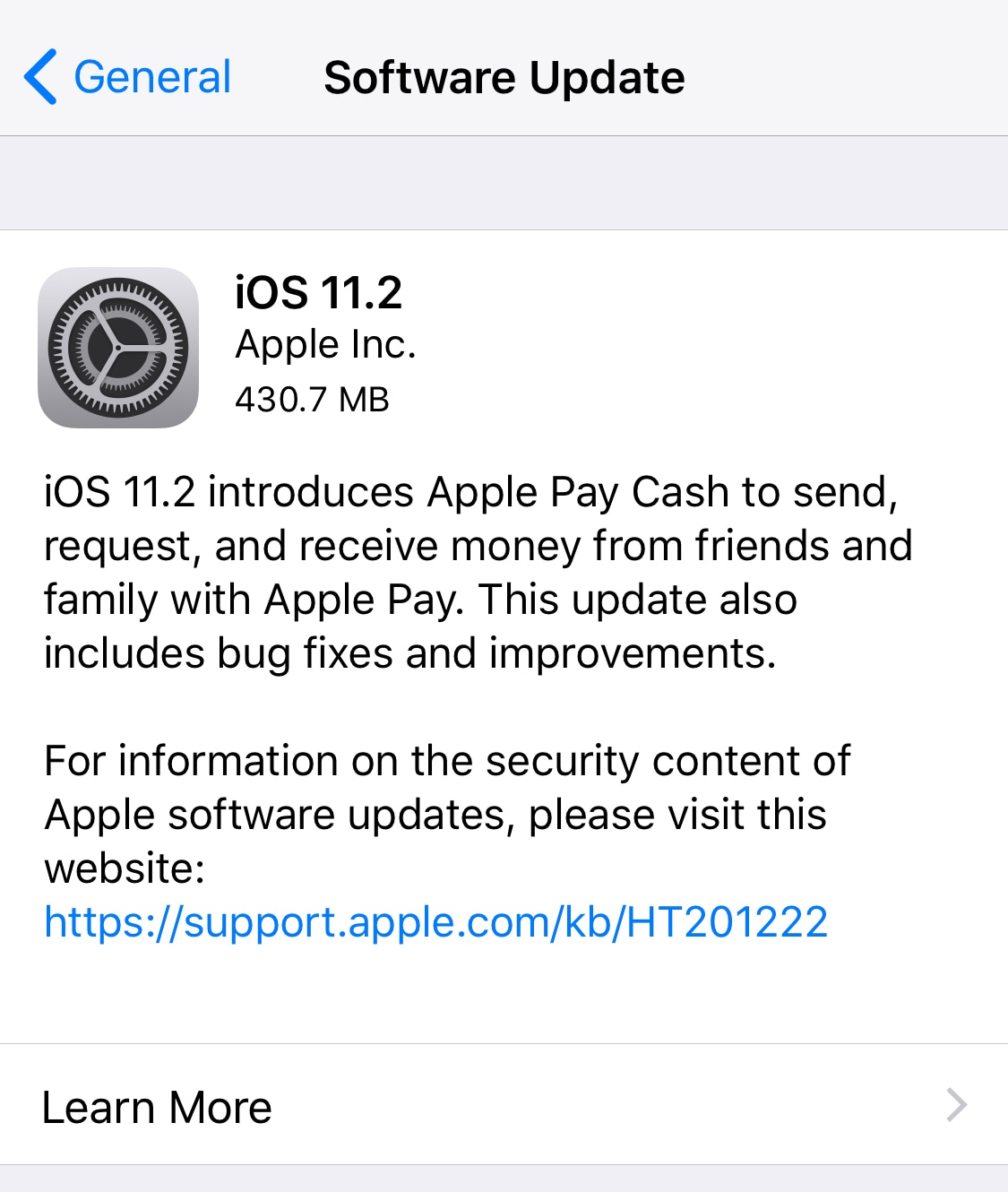 Apple released iOS 11.2 to the public in the middle of the night Friday evening. The software updates brings support for Apple Pay Cash, and faster wireless charging speeds, but this unusual release time indicates that iOS 11.2 has more likely been pushed to fix an issue with a bug that just started appearing for iOS 11.1.2 users.

For the full list of fixes and new features in iOS 11.2, check out official release notes. For detailed information on the security content of iOS 11.2, read Apple’s support document.

Fix for a new date bug

The bug in question made some iPhones running iOS 11.1.2 crash when receiving local notifications from third-party applications. This bug strangely started happening on December 2nd.

Because this bug was already fixed in iOS 11.2 beta released Friday to testers, it seems Apple decided to release the software update to the public immediately rather than seeding another point update.

iOS 11.2 also brings support for Apple Pay Cash, a peer-to-peer mobile payment system that lets Apple users request and send money between each other. We have already published a pretty detailed overview and hands on demo of Apple Pay Cash, for those interested to learn more.

iOS 11.2 also comes with support for faster 7.5W wireless charging for iPhone 8, iPhone 8 Plus, and iPhone X. While it theoretically makes wireless charging faster, the jump from 5W to 7.5W support actually offers negligible improvements, as we’ve seen before.

Of course, iOS 11.2 also contains the usual bug fixes and stability improvements. If you see anything noticeable in this release, please make sure to let us know in the comments section.

You can download iOS 11.2 directly from our Downloads section.