As an avid Apple Watch user, I was excited to learn about a jailbreak tweak dubbed LockWatch by iOS developer Sniper_GER, which ports several of the Apple Watch’s watch faces to the Lock screen of jailbroken devices.

LockWatch continues to undergo development as of this writing, but it’s a fascinating to check the time on your iPhone precisely as you would when glancing at your wrist. Furthermore, the tweak supports both analog and digital watch faces, to provide options for those with personal preference.

Shown above, you can see a few of the analog clock faces available out of the box. From left to right, you can discern Chronograph, Utility, and Color. In total, LockWatch supports the following watch faces:

As you might expect, the weather watch face depicts the weather conditions for your current location. We’ve included an example of that watch face below so you can see how it works: 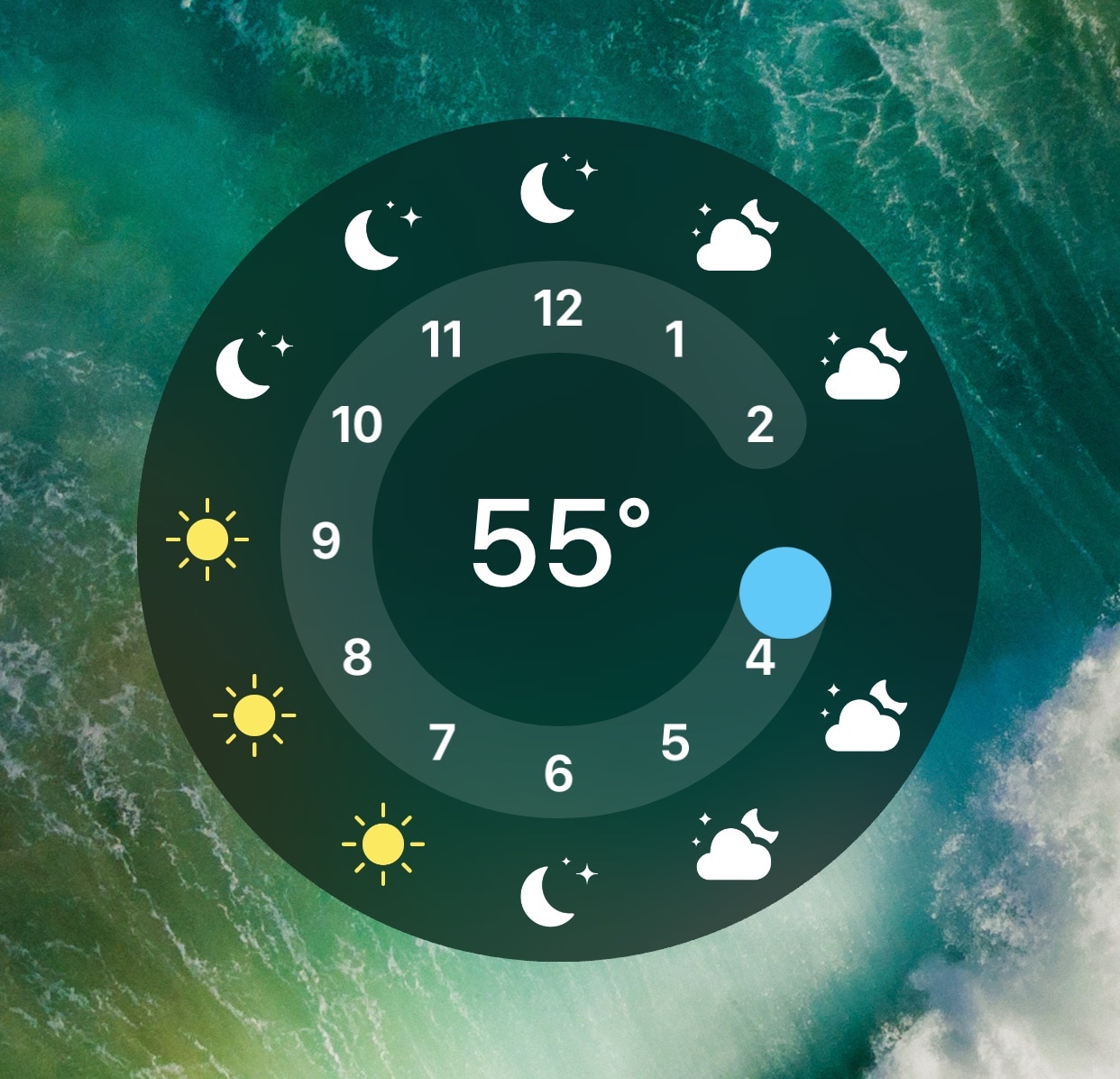 Just like on an Apple Watch, you can customize all of LockWatch’s watch faces: 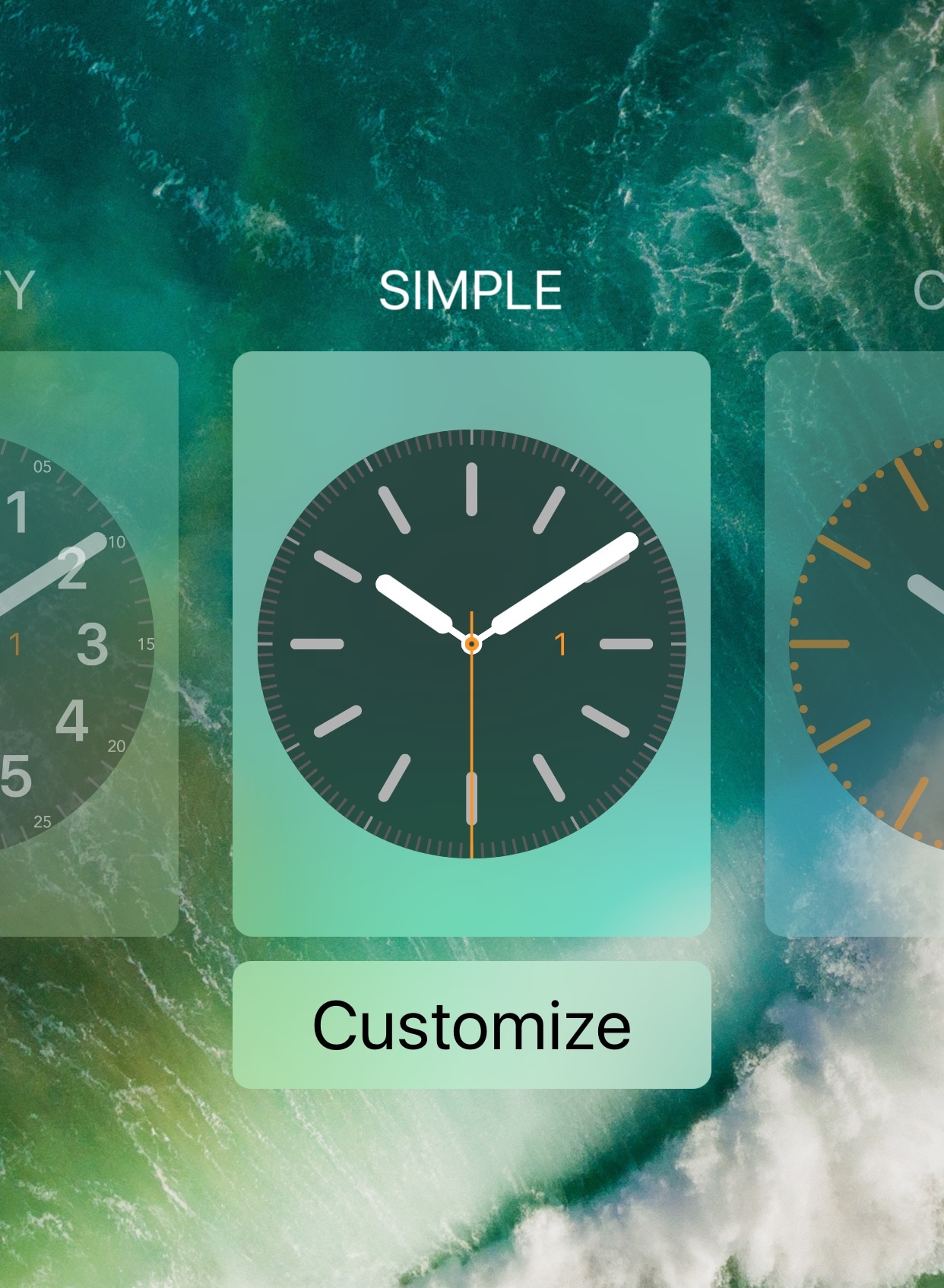 If you have a 3D Touch-enabled device or use Peek-A-Boo to simulate 3D Touch, then you can use a 3D Touch gesture to invoke the menu you see above. Otherwise, you can just tap and hold on the watch face to reveal it instead.

All the watch faces include the same interface adjustments that they support on the Apple Watch itself, such as:

Every change you make takes effect on the fly too so you won’t have to respring after customizing your watch face.

One small tidbit that I really liked about LockWatch was its attention to detail during incoming notifications. As shown below, the watch face automatically shrinks down to provide adequate space for the banner: 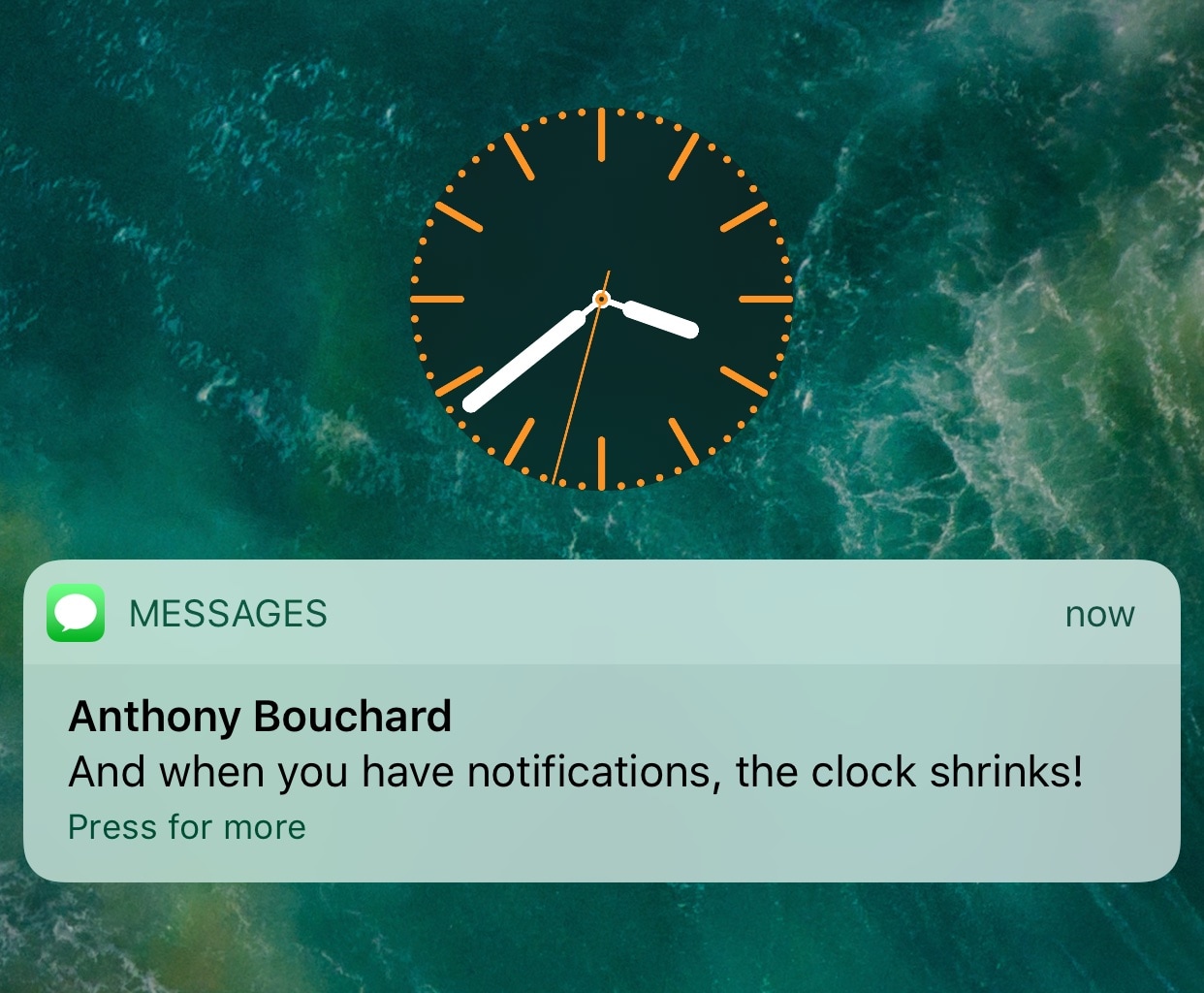 You can toggle the tweak on or off in its entirety from the dedicated preference pane in the Settings app: 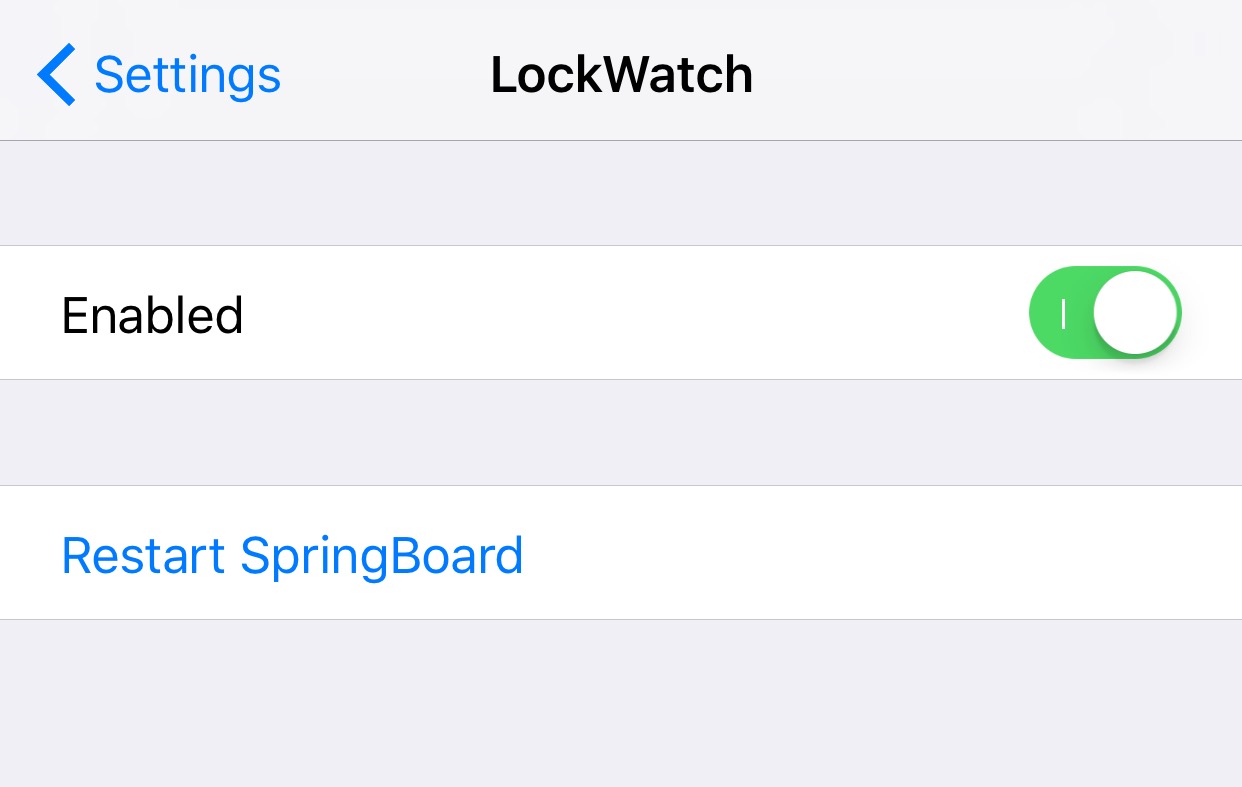 The respring button lets you save your changes when enabling or disabling the tweak, but keep in mind, you won’t need to respring if you’re merely customizing a watch face.

It’s worth mentioning that you don’t need an Apple Watch to use LockWatch, but having one never hurts as it complements the jailbreak tweak experience nicely. Moreover, the tweak supports all devices running iOS 8-10 so almost any jailbreaker can take advantage of it.

Ths current iteration of LockWatch is quite stable for a beta release, but because it isn’t finished yet, it’s not available from the BigBoss repository. If you want to download LockWatch, you’ll need to access Sniper_GER’s personal repository through Cydia. You can do that by following these steps:

After completing all four steps, you should be able to find and install LockWatch by searching Cydia or checking the Changes tab once the app is done “Reloading Data.”

Be sure to let us know in the comments section below whether you’ll be trying LockWatch, and what you think about it in its current stages.