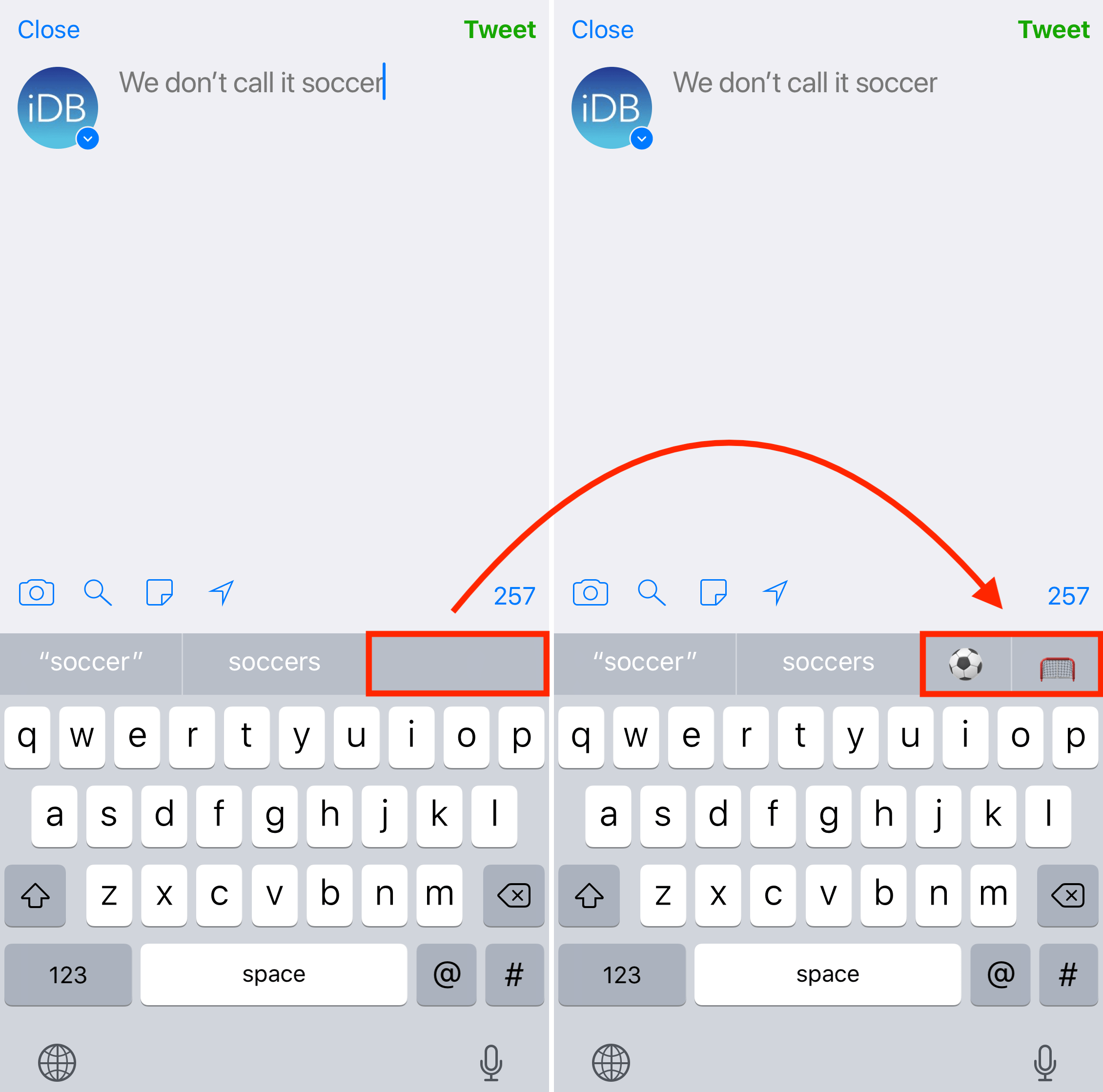 The keyboard of your iPhone or iPad has a useful feature that suggests emoji as you type. Part of the Predictive text feature, and based on your past conversations and writing style, the keyboard will suggest emoji that match the words you are typing in the predictive input field right above the keyboard.

Simply tap the word “pizza” for example, and the Predictive feature will show the pizza emoji. At that point, you can tap that emoji to add it to your conversation. This is a great feature that makes using emoji much easier.

But it doesn’t always work as expected, and in some instances, might not even work at all. If the emoji prediction of the iOS keyboard is not working for you, I’m going to show you how to fix that in less time than it takes to find the Angola flag emoji.

What? My keyboard can make emoji suggestions?

This feature has been around since iOS 10, but for it to work, you need two things:

Since upgrading to my new iPhone, I noticed that I hadn’t seen any emoji prediction in any of the apps I use. After thinking a little bit about it, I came up with the reason why, and most importantly, a fix for it.

To understand the cause of the issue, you must first understand how the Predictive feature works.

The Predictive feature learns from your typing habits and writing style. If you’re a very formal person, it will make formal suggestions. If you’re more of a laid back person, the text predictions might be a little more laid back in its text suggestions too. And if you haven’t really used emoji inside an app, the Predictive keyboard might not offer any emoji suggestions thinking you’re not an emoji kind of person. This is the real trick, I believe.

In order to get emoji suggestions in the Predictive keyboard again, you need to teach the keyboard that you like to use emoji. Fortunately, it doesn’t take much.

1) Launch the app that doesn’t offer any emoji suggestion. In the example above, you can see that Twitterrific just won’t show me a football despite typing the word “soccer.”

2) Start typing a random sentence. What you type doesn’t really matter at all.

3) Bring up the emoji keyboard, and start typing a bunch of emoji. Again, it doesn’t matter what emoji you are using. Simply enter a dozen or so emoji.

4) Delete the emoji you just typed, and as a test, type the word “pizza.” The keyboard should suggest the pizza emoji.

In my experience, I have had to repeat the process with all applications I want to use emoji in, including Messages, Mail, Tweetbot, Slack, etc. It’s kind of a pain, but at least it’s quick to fix.

Next time you’re into an application that doesn’t offer any emoji suggestion, try that trick and see if it makes a difference.