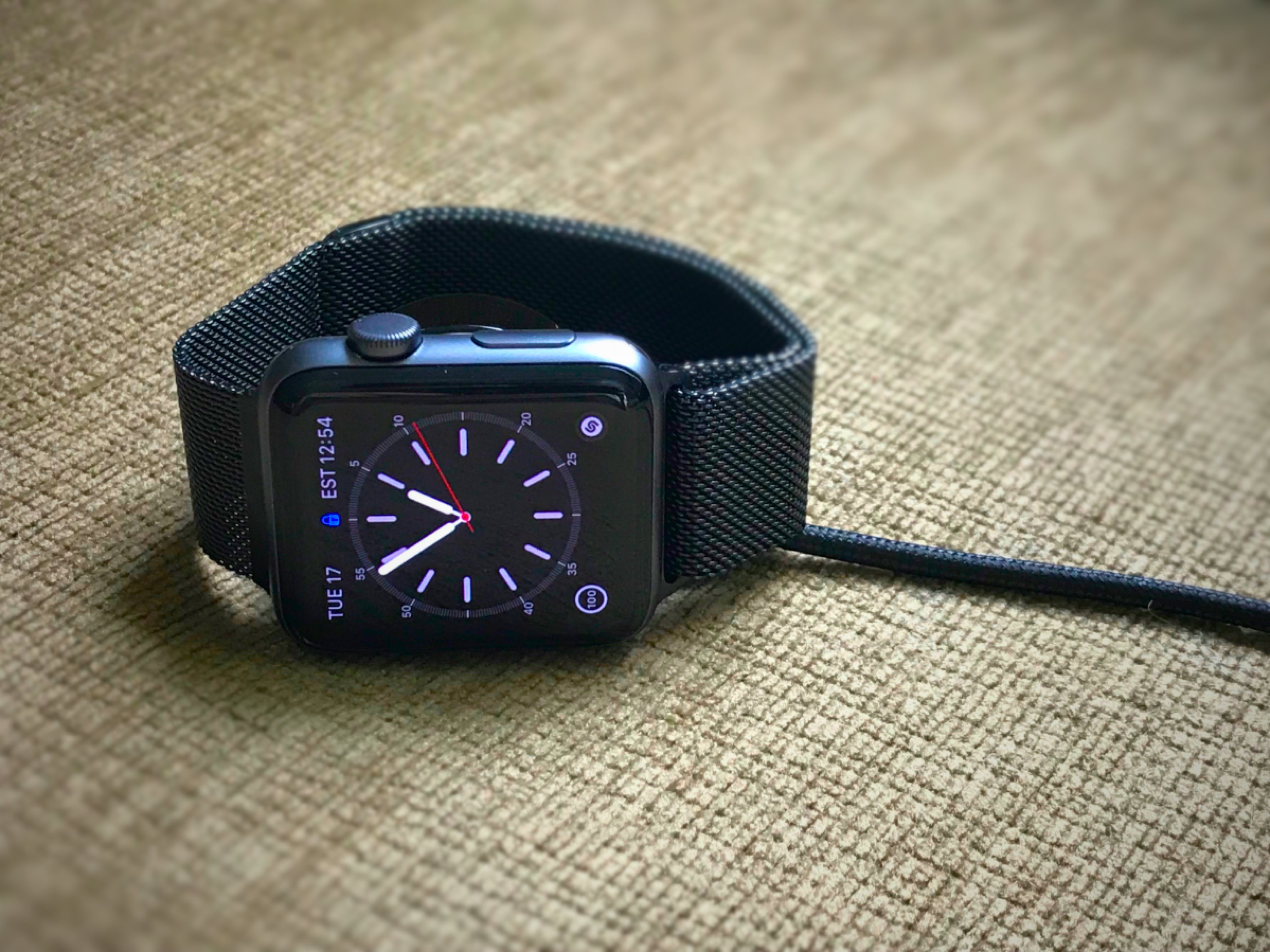 Just a couple of weeks ago, I was contemplating on whether I should upgrade from the Apple Watch Series 2 to the Series 3 or not; but I officially moved forward with it, and now there’s no looking back.

Because hindsight’s 20-20, I’ll share various viewpoints in this piece about why I think the upgrade was and wasn’t worth it. Ideally, I hope my experience will help you decide whether the Apple Watch Series 3 is worth the jump for yourself.

I should start off by noting that the Apple Watch Series 2 was never a lousy smartwatch from the get-go; it was both capable and responsive. Still, a handful of features sported by the Series 3 stuck out like a sore thumb to me and tempted me to get it.

Naturally, I like having the latest stuff as it comes out, but I had to weigh in a tight budget at the core of my decision to upgrade. That said, anyone in a similar situation might find my advice helpful, and that’s why I’m sharing it.

Because of my budget, I stuck with the most cost-efficient model available. I upgraded from an Apple Watch Series 2 with an aluminum case to the exact same translation in the Series 3 flavor. They look nearly identical to one another, as most changes are merely under-the-hood improvements and capabilities.

Why it was worth it

If I had to spell out some of the reasons why I think the Apple Watch Series 3 upgrade was worth it, these would be it:

Perhaps my favorite feature of the Apple Watch Series 3 is Siri Speaks. Whenever I was driving or trying to multi-task, the last thing I always wanted to do was glance at the little screen on my wrist to see how Siri responded to my inquiry.

With Siri Speaks, I can audibly hear what she’s saying to me while simultaneously staying focused on the task at hand, and that’s an invaluable upgrade in and of itself.

I noticed right off the bat the changes in performance. Specific third-party apps that used to take a lifetime to load on the Apple Watch Series 2 (and earlier) seem to spring to life almost immediately on the Series 3.

Thanks to the faster dual-core S3 chip, which sees performance boosts of up to 70%, the Series 3 is finally capturing the capabilities that the original Apple Watch fell short on.

Bluetooth 4.2 support seems like a minor bump from the Bluetooth 4.0 support in the previous model. On the other hand, I welcome upgrades to wireless performance.

The new Apple Watch Series 3 also sports a new sensor: the barometric altimeter. Unlike the previous-generation Series 2, the Series 3 can detect your elevation and factor that into your workout data.

I honestly don’t work out much, but when I feel like it, it’s nice to have that added capability for increased data accuracy. It can also enable third-party apps to do more because they can access more ambient data.

Although Apple hasn’t released the upcoming AirPower mat yet, Apple Watch Series 3 can take advantage of wireless charging alongside your iPhone 8/X and updated AirPods case to collect a charge on it.

This really interested me because I like the concept behind wireless charging and I wanted my Apple Watch to be forward-compatible with new accessories rather than limited to the OEM magnetic charger.

This isn’t really a new feature or anything, but since I just recently spent some significant dime on the Apple-branded Milanese loop strap, the backward-compatibility of straps played a role in my decision to upgrade.

You can literally use any of the same wrist straps you’ve accumulated while using any of your previous Apple Watches with the Apple Watch Series 3.

Why it wasn’t worth it

Just as there are features about the Apple Watch Series 3 that I like, there were a few things that caused me to suffer from buyer’s remorse:

As far as the two materials go, the composite back is more scuff-prone than the ceramic back is, so the latter weathers longer against the elements and looks better after a long time of use. To me, this aspect of my particular model of the Apple Watch Series 3 felt like a downgrade; merely tapping on it gives me that “plasticky” feeling.

Note: Only the GPS-only Series 3 has the composite back. LTE + GPS models have the upgraded ceramic back.

As I touched on earlier, I was on a budget when I made the upgrade, but the little devil inside my head told me to upgrade. Exchanging Apple Watches every year is a pricey endeavor, so naturally, I experienced buyer’s remorse after blowing $400 on the new gear.

Nevertheless, a buyback program called Maxback, which is similar to Gazelle in many ways, bought my Apple Watch Series 2 for $160 and helped me recoup some of the cost. If you needed to sell your device quick and couldn’t find an immediate local buyer, I would recommend it.

Unless you’re buying the Apple Watch Series 3 precisely because of the hardware and software changes that it comes with, the Series 2 is already capable of doing many of the same things that the Series 3 can do – like running watchOS apps, checking the time, taking/receiving calls and messages, etc.

You should factor whether the additional features, which we outline here and in a previous post, are worth the price. Otherwise, you can get away with the Series 2 for a little while longer without feeling like you have a dinosaur strapped to your wrist.

Other things to consider

Although these factors didn’t make or break my decision, here are some different reasons to consider getting the Apple Watch Series 3 if you’re already a Series 2 user:

Personally, I didn’t want the added monthly cost of the LTE + GPS model, so the GPS-only model was right for me. Nevertheless, if you’ve always wanted an Apple Watch that supports LTE connectivity, then this is an upgrade you won’t want to miss out on.

The LTE support lets you leave your iPhone in the car or at home while your Apple Watch keeps working independently of your handset without any in-range Wi-Fi. This also spells out useful ‘Find my Watch’ tracking and lets you carry less stuff around with you when working out.

The Apple Watch Series 3 also supports Apple Music streaming, whereas the Series 2 did not. This feature was irrelevant to me because I’m a Spotify user, but if you listen to a lot of Apple Music, then this might be something to consider.

The feature isn’t available just yet, but a future watchOS 4 update will enable access to 40 million songs right from your wrist.

I didn’t consider the new watch face to be a make-or-break scenario since watchOS 4 had plenty of fresh new watch faces to pick from already. Personally, I still use the same watch face on my Series 3 that I’ve been using since I owned the Series 0.

If you opt for the LTE + GPS model of Apple Watch Series 3, then you get a hefty 16GB of internal storage compared to the 8GB that comes in the GPS-only Series 3 and the previous-generation Series 2.

For those who install a lot of apps, or have a reason to store more media on their wrist, the 16GB storage capacity might be a a boon. It will be considerably more useful for streaming and caching Apple Music tracks.

It’s a bit disappointing, I know, but if you wanted a stainless steel Apple Watch Series 3 case, then you’re forced to get the LTE + GPS version. GPS-only models are limited to the aluminum case only.

Alternatively, you could also opt for the new Gray ceramic finish, which again, is only available in the LTE + GPS model.

At this point, you’ve already heard everything that I do and don’t like about the Apple Watch Series 3 over the Series 2, but it’s ultimately up to you to decide whether the Series 3 is a worthwhile upgrade from the previous generation.

If you were to ask me, I would say it is. The speed boosts and Siri Speaks feature were the most compelling reasons for me to upgrade, but the other things I cited as improvements are ‘bonuses’ that helped push me over the line. There are hardly any cons to upgrading, apart from burning a hole in your pocket.

Have you upgraded from the Apple Watch Series 2 to the Series 3 yet? Are you considering the jump? Share in the comments below!