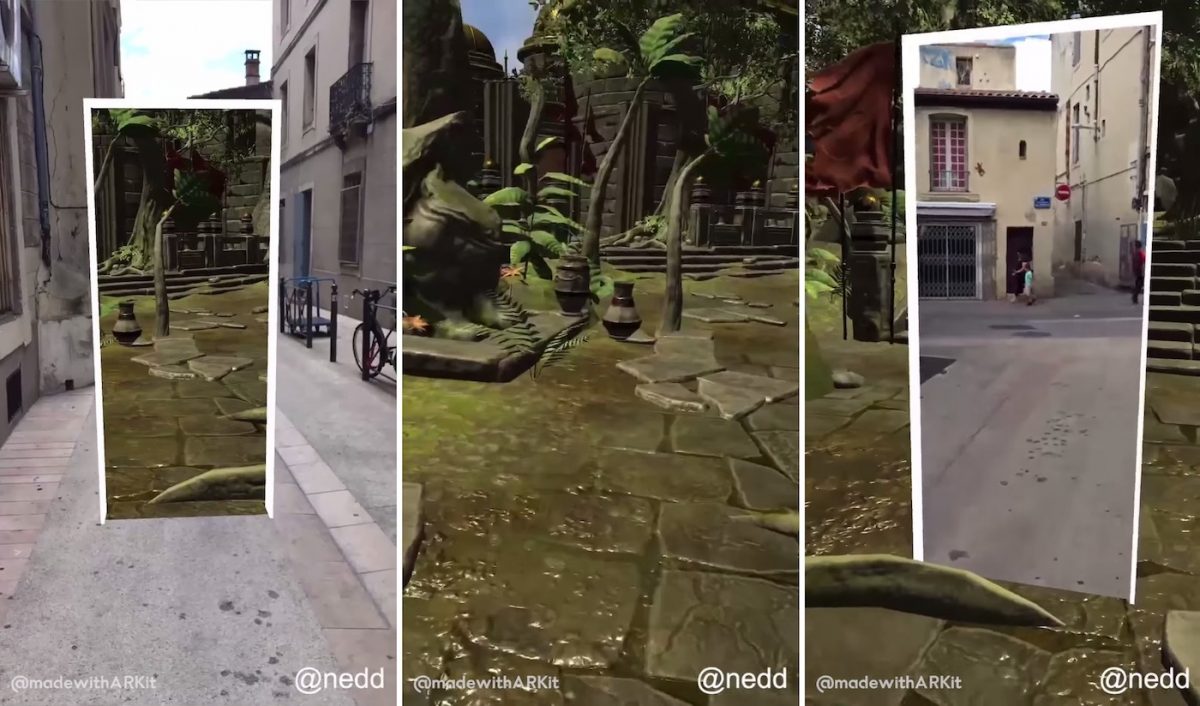 With the new ARKit framework for building augmented reality (AR) apps, Apple is turning existing iOS devices into the largest AR platform in the world.

We previously shared a bunch of interesting ARKit demos showcasing the possibilities of the framework, including an upcoming furniture-ordering app from Ikea, a measuring tape, an ARKit-powered VR mode in Maps and more.

Today, we’re highlight three more examples of ARKit-driven apps: a Tesla Model 3 app by an impatient fan, an example of an inter-dimensional portal in the middle of the street and an app that promises to change how we order food.

First up, a demo app by an impatient Tesla fan who couldn’t wait for his ordered Model 3 so he made this ARKit-powered app that lets him drive around a virtual Model 3 in his real world, activate the headlights and so forth.

@elonmusk Couldn’t wait 4 my #Model3, so made this AR app, what do you think? #ARkit pic.twitter.com/lIRLTZox7N

Food ordering will never be the same, says developer Alper Guler who created an ARKit-driven app which renders various foods on your table that you can pan around, zoom in and out, rotate and more.

And last but not least, we have French consulting agency Nedd which came up with a great example of AR+VR, via iPhoneAddict.fr.

Before signing off, here’s a quick volumetric capture example with ARKit.