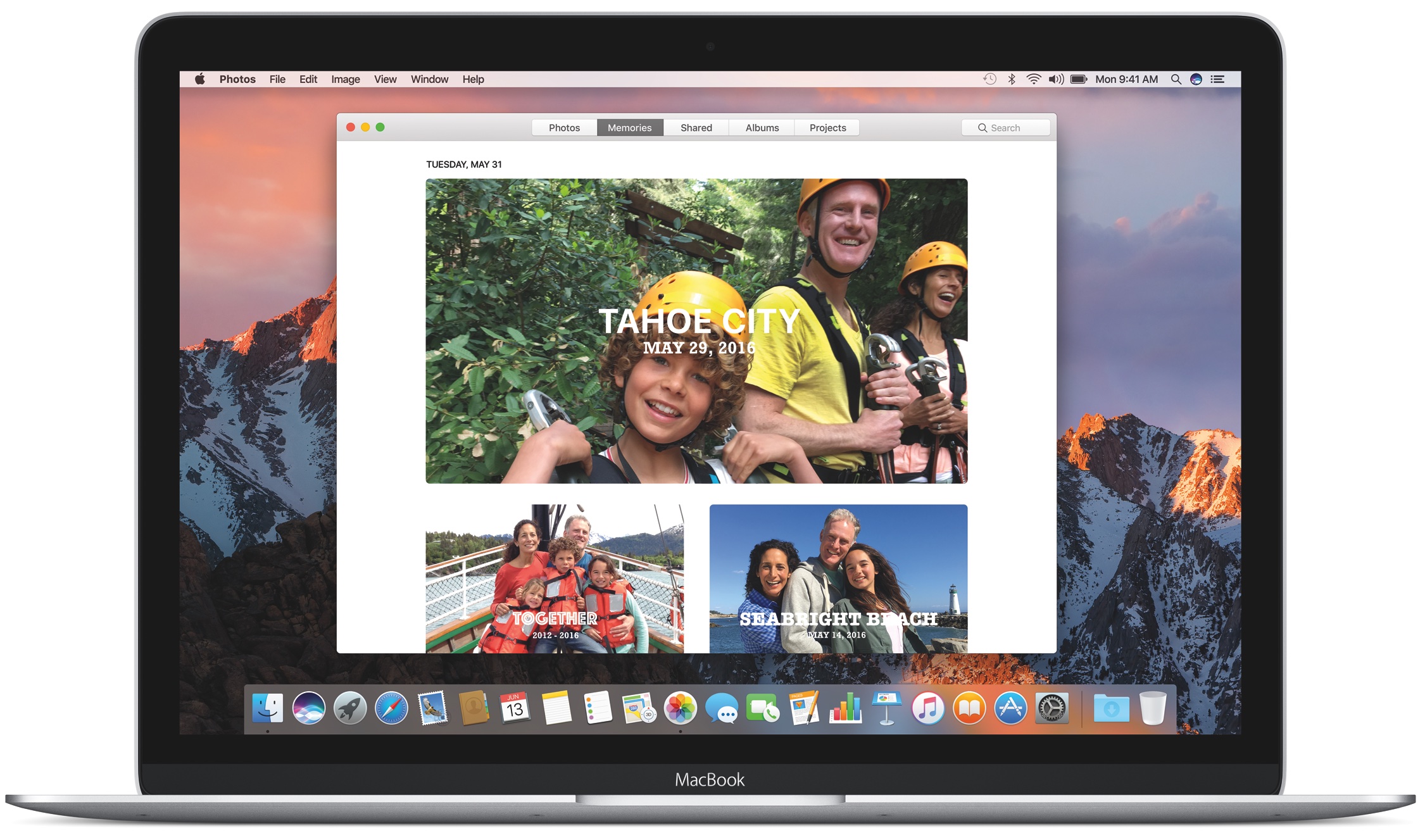 Photos for Mac defaults to saving a copy of every imported image or video into its own library. If you’d like to change this behavior, consider using so-called referenced mode. When Photos is running in this mode, it references your imports in their original locations rather than copy them to the library.

This lets you keep referenced items outside the Photos library and access them in the app like you normally would. In this tutorial, you’ll learn how to stop Photos for Mac from copying imported images and videos to its own library.

In this mode Photos uses symbolic links, a macOS feature that lets apps converse storage by referencing files. This is the preferred mode for anyone looking to keep images and videos manually organized in multiple folders or external drives on their Mac.

Please keep in mind the following caveats before enabling this mode:

In case you’ve been wondering, touch-ups made to referenced items won’t overwrite the originals on your Mac’s disk. That’s because editing in Photos is non-destructive: your edits are saved as scriptable commands in accompanying .AAE files, giving you the freedom to undo all your edits at any time and easily revert to the originals.

TUTORIAL: Where are the items from Photos app saved on my Mac?

This is why you cannot open a referenced file in another app expecting to see all your edits. Instead, use Photos to export the file as a new copy which saves its edited version.

With that in mind, let’s get to it.

To switch to referenced mode in Photos for Mac, first select Preferences from the Photos menu. Next, click the General tab in the Preferences window.

Lastly, untick the checkbox next to “Copy items to the Photos library”. 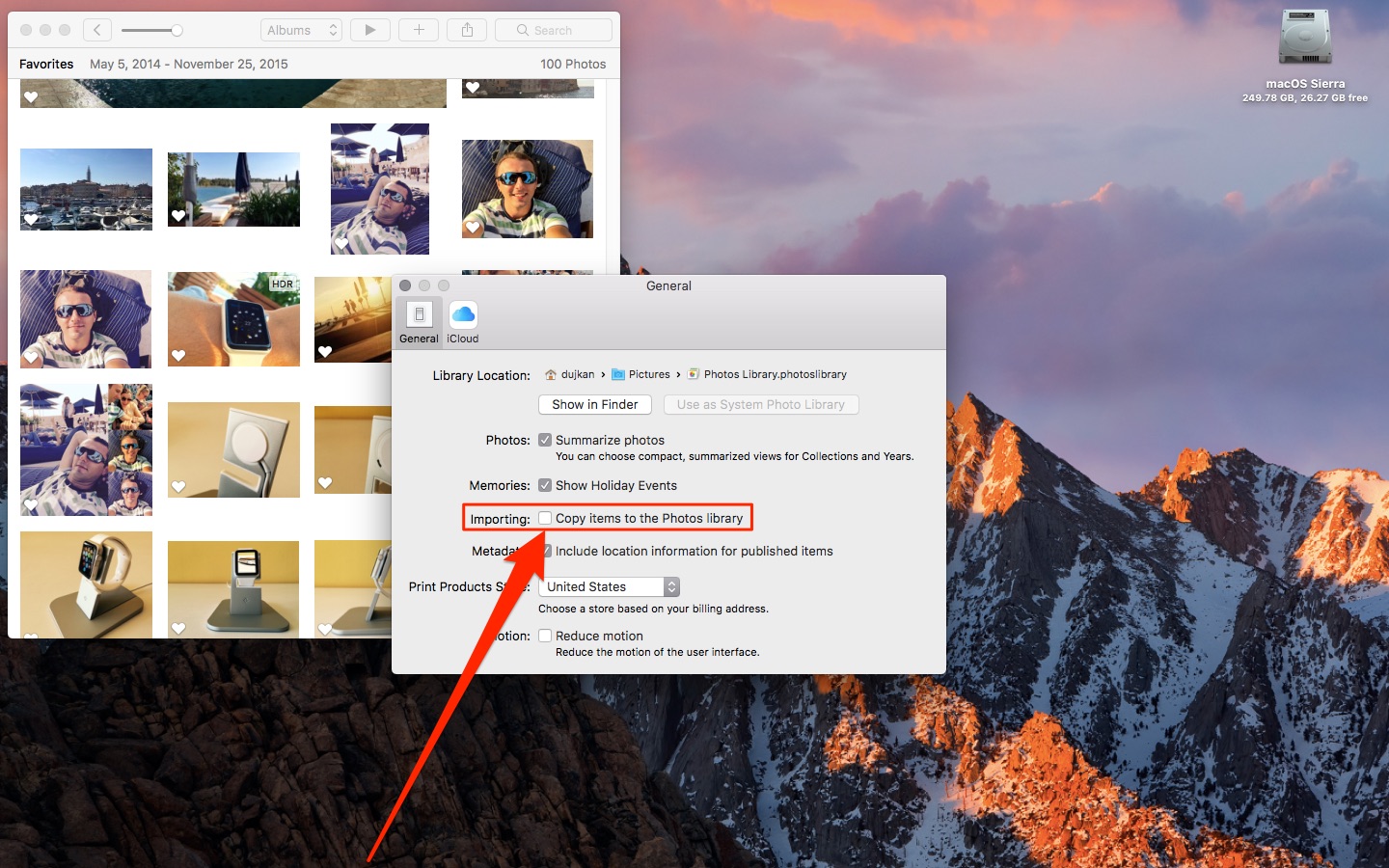 Photos and videos you import from this point onward shall be referenced rather than copied to the library, helping avoid file duplication.

TUTORIAL: How to adjust the location of your photos and videos on Mac

As long as the volume or folder is accessible to Photos, you can view and work with your referenced media in the app as you normally would.

To reveal a referenced item in the Finder, first select it in Photos, then choose the option labeled Show Referenced File in Finder from Photos’ File menu. 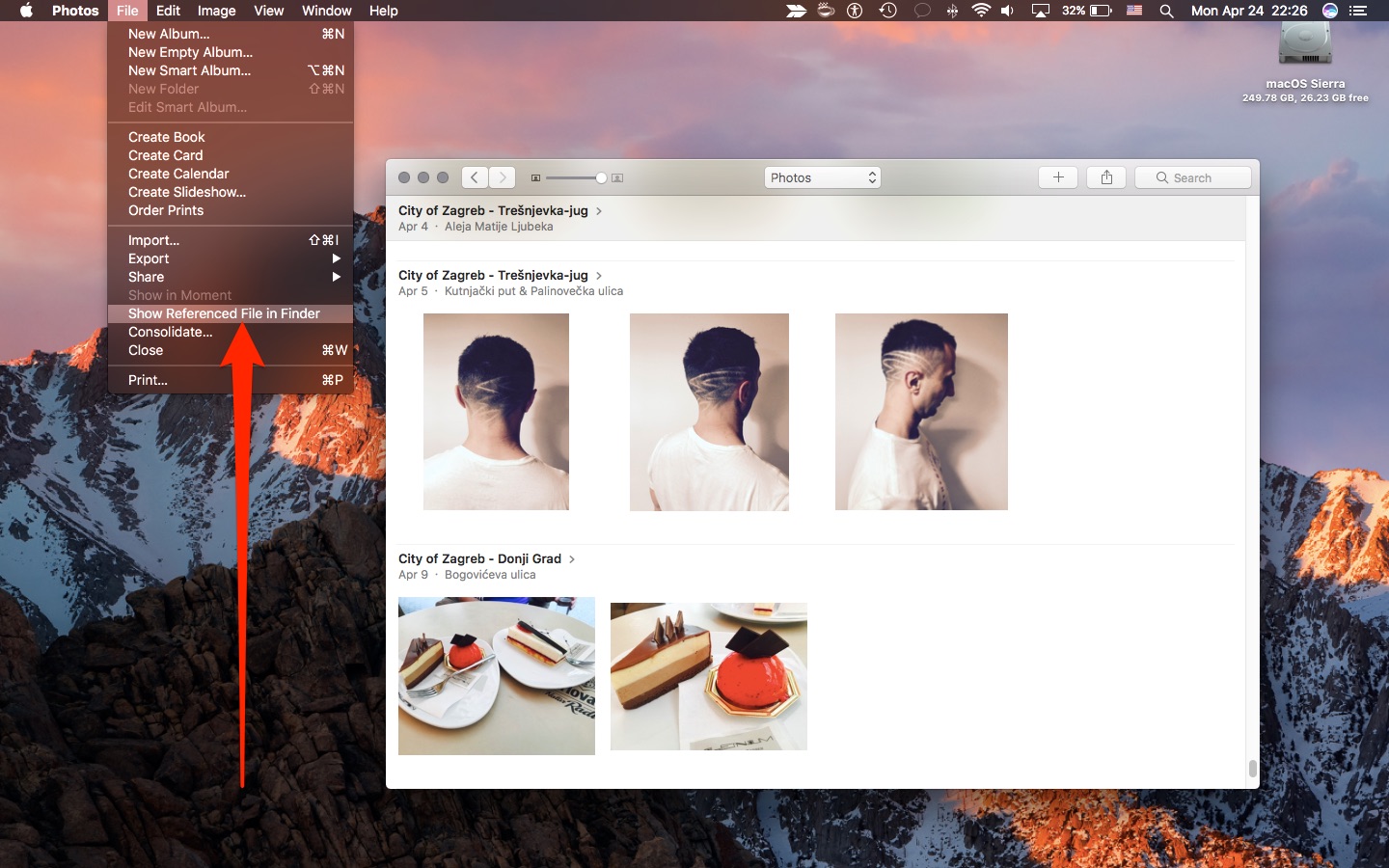 Depending on your workflow, they can be scattered across many different locations, even spanning multiple external disks and network shares. Referenced files don’t move along with the Photos library when you move it to a new folder or drive.

Deleting a referenced file in Finder makes it inaccessible in Photos. Perhaps most importantly, referenced files are not automatically uploaded and stored in iCloud Photo Library.

But don’t worry, that’s why Photos gives you the option to consolidate the library. 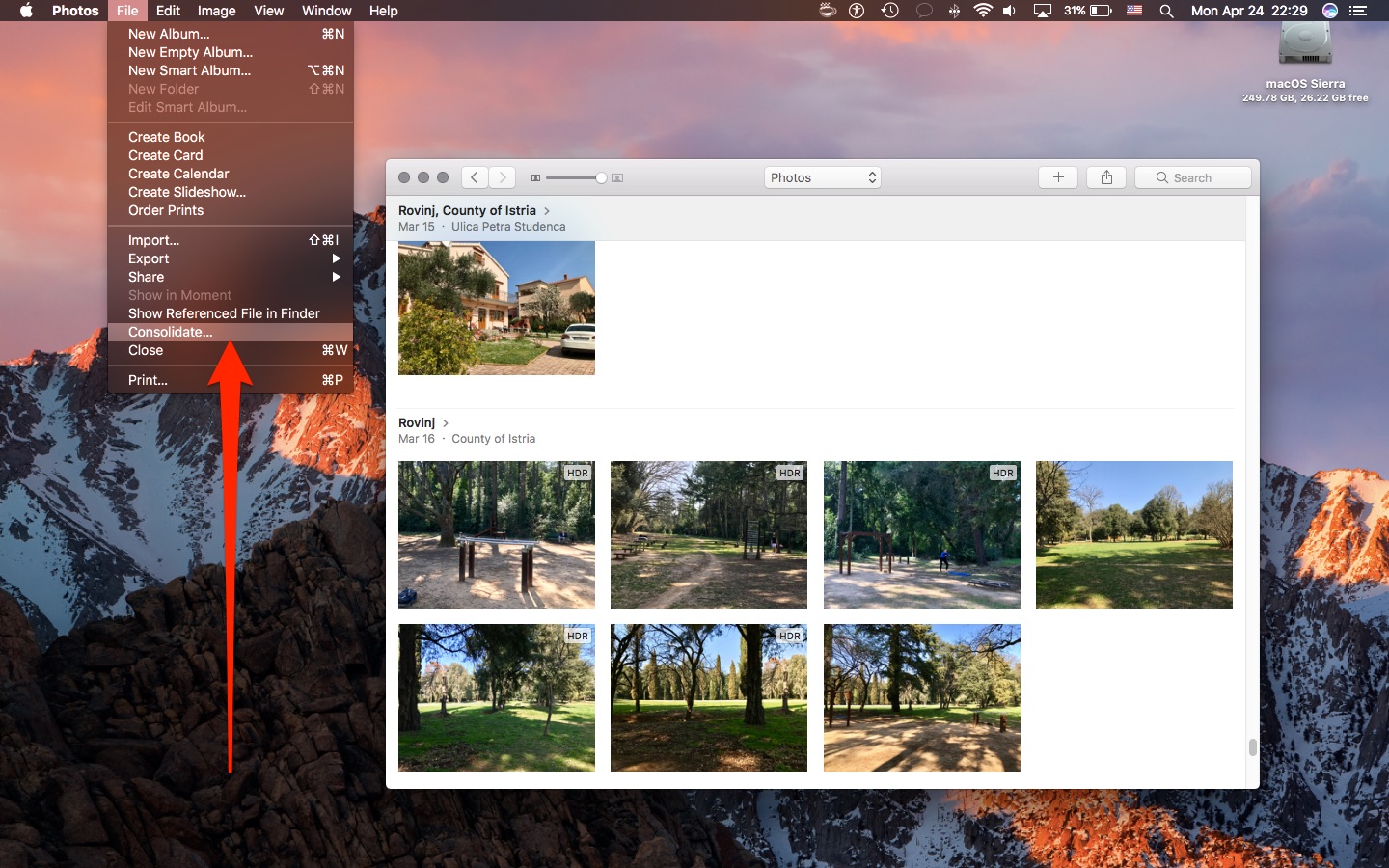 To consolidate one or more referenced items, select them in Photos, choose Consolidate from the File menu, the click the Copy button to confirm the action. “This action will copy the original files into the Photos library and cannot be undone,” reads the prompt.

The process may take a while depending on the size and locations of the referenced files.

You now know how to use referenced mode in Photos for Mac.

If you’re running low on storage or want the freedom to organize your photos and videos into custom folders—and don’t use iCloud Photo Library to sync them across devices—then you should definitely consider giving referenced mode in Photos a try.

Of course, not everyone needs to organize their media files manually, and most people won’t. But for those who do, Apple’s provided this tremendously useful option in Photos.

If you have any questions concerning the topic of this tutorial, please post a comment below. Do pass along this article to other Mac users you support and don’t forget we accept your submissions regarding future coverage ideas via tips@iDownloadBlog.com.