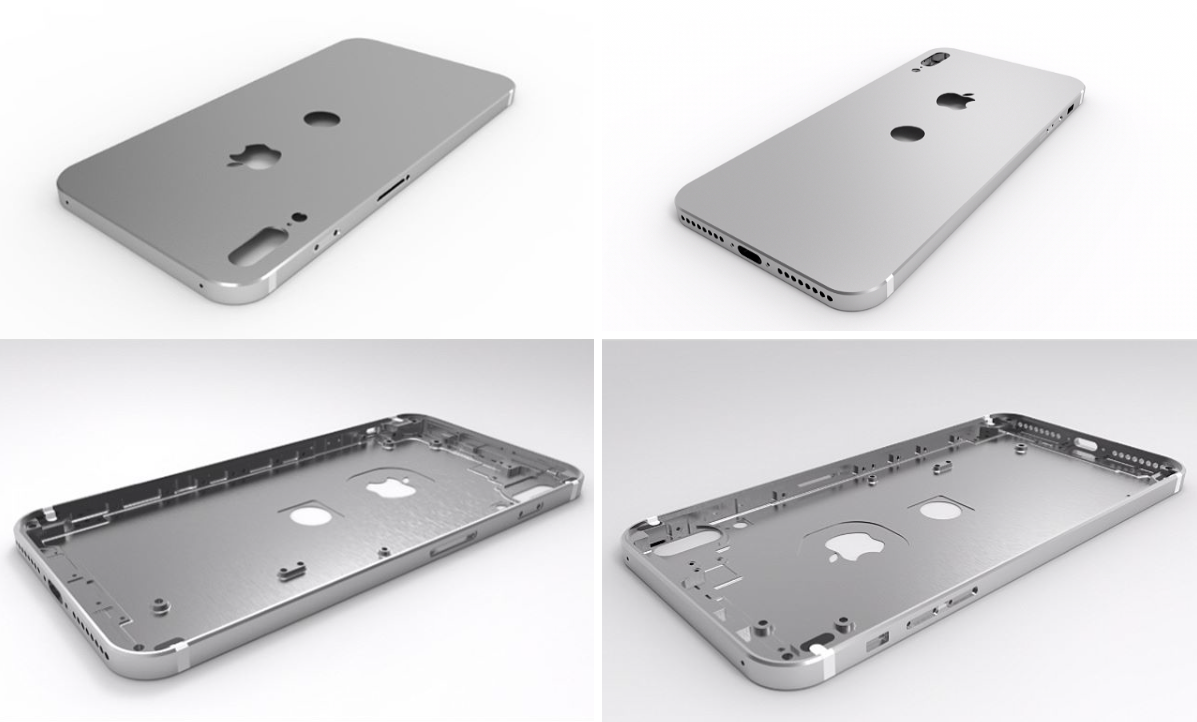 A pair of purported iPhone 8 design drawings that “leaked” recently depict Apple’s upcoming flagship as having a vertical dual-camera layout and a rear-mounted Touch ID fingerprint sensor. Today, these alleged schematics received a cool CAD treatment, courtesy of Instagram user bro.king. He went about creating a 3D model of a future iPhone with a rear-mounted Touch ID sensor, based on supposed technical drawings, and this is what he came up with.

The renders envision an aluminum iPhone 8 shell featuring squared rather than rounded edges that resemble the iPhone 5 series. But before you get too excited, note that the author himself admits the alleged iPhone 8 schematic he used as a starting point is “probably fake”.

The backside features a cutout for a vertical dual-lens camera system (unlike the horizontal dual-camera layout on iPhone 7 Plus) that some people claim could help improve image quality while supporting augmented reality features.

Below the Apple logo is a circular cutout that a lot of publications suspect might contain a rear-mounted Touch ID sensor although it could just as well be there to support rumored wireless charging functionality.

Needless to say, the veracity of supposed iPhone 8 schematics is impossible to determine until first components start leaking out from Asian supply chain, and that won’t happen before iPhone 8 enters volume production later this summer.

Apple is said to be working on integrating an optical fingerprint sensor underneath iPhone 8’s OLED display although unforeseen technical and manufacturing issues could spoil those plans, in which case an iPhone with a rear-mounted Touch ID could be Apple’s fallback device.

So, about that cutout on the back: could it signify a rear-mounted Touch ID fingerprint sensor or something entirely different, like wireless charging support, do you think? And how would you like to have the iPhone 5-style body on a larger screen?