Once you identify a song with Shazam, you can easily find it later using any of these five ways. You can also make things easier and have Shazam automatically create a new playlist in Apple Music with all your discovered tracks. When you Shazam tracks in the future; they will automatically appear in that playlist inside your Music app.

In this tutorial, we’ll show you how to create an Apple Music playlist with all your Shazamed songs on iPhone or iPad. 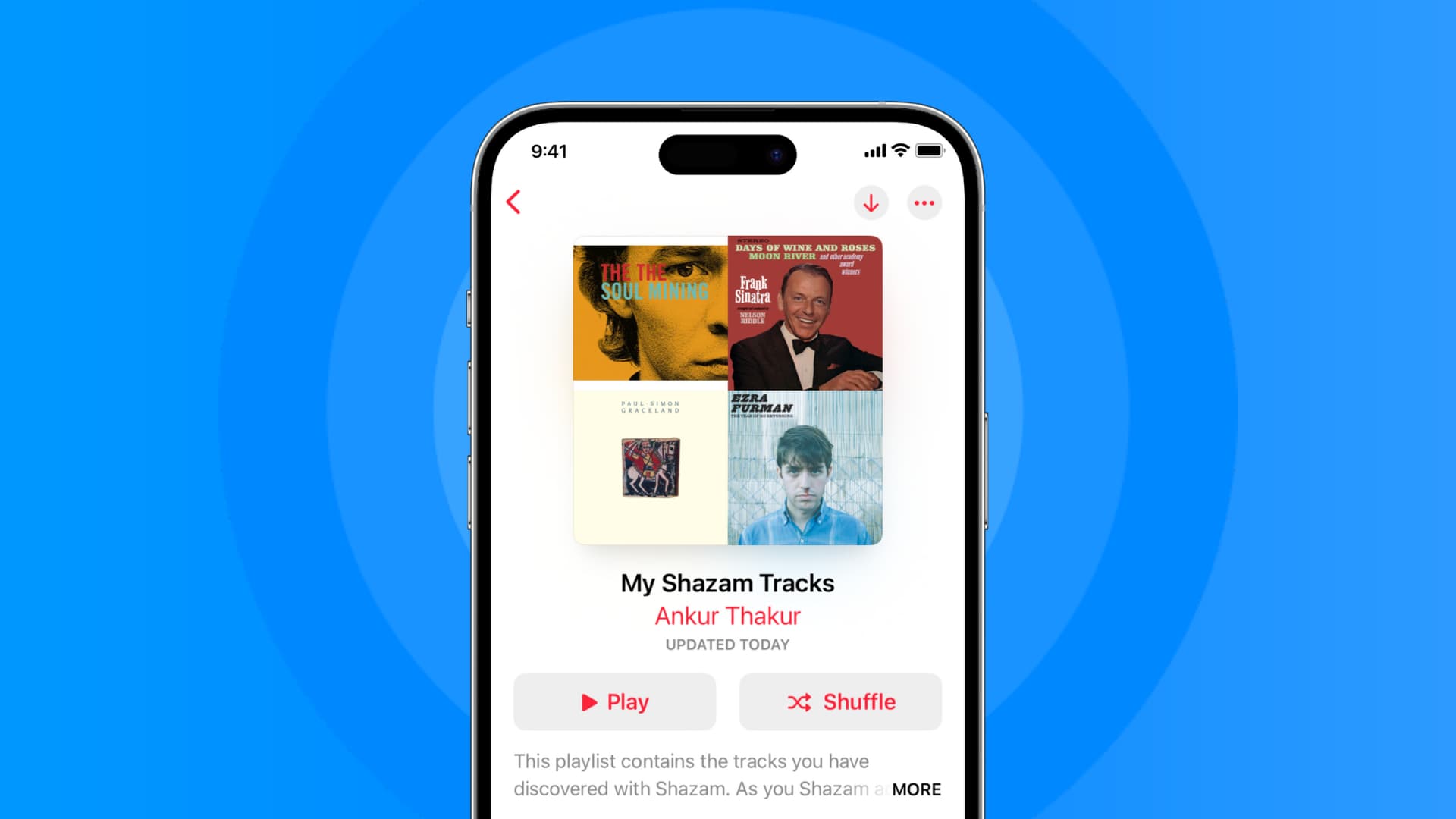 How to create a playlist of all your Shazamed songs

When you open the Shazam app for the first time, you’ll see a card asking your permission to ‘Sync your Shazams to Apple Music?’ Simply tap OK, and you’re good to go.

You might also see a tile saying Shazam & Apple Music, and tapping it will show you how these two services can gel together. Simply tap SHARE, which will automatically add your Shazamed songs to a playlist in Apple Music.

However, if you don’t see these prompts, follow these steps to create the playlist: 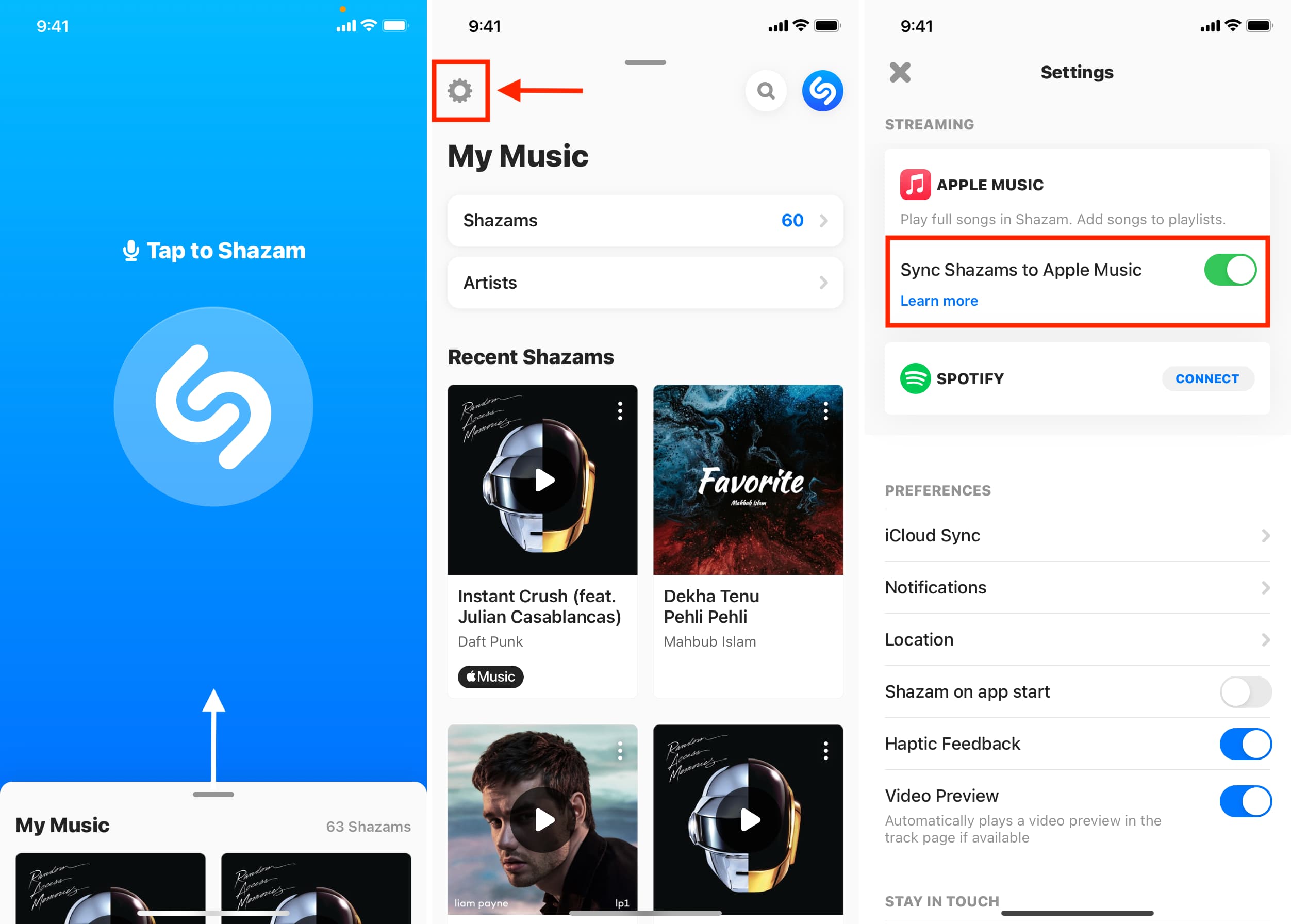 That’s all. You have successfully allowed Shazam to access your Apple Music.

Now, open the Music app on your iPhone and go to the Library section. Under Recently Added and Playlists, you’ll see a new playlist titled My Shazam Tracks. Tap it to see all the songs you have discovered using Shazam, including past tracks.

This playlist is updated in real-time: that is, if you Shazam another song, it’ll instantly be added to the My Shazam Tracks playlist. 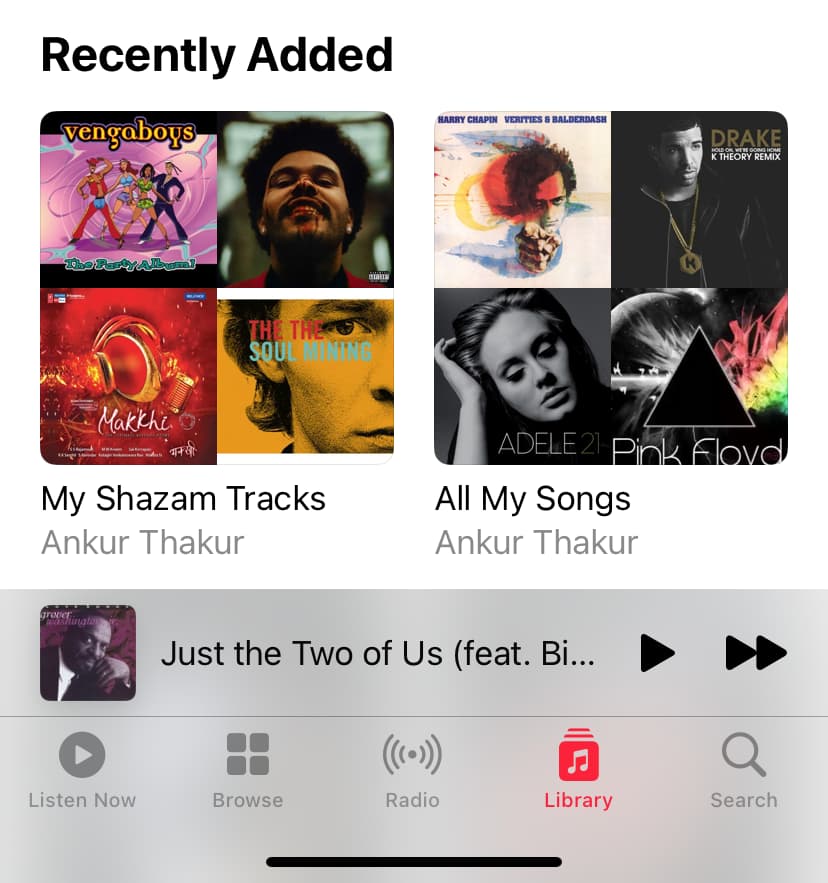 Is the Shazamed song also added to my Apple Music library?

Shazam just adds the identified song to a playlist. It doesn’t add them to your Apple Music library. If you wish to add the song, tap the three dots button next to a song and pick Add to Library.

Note: If you Shazam the same song many times, it’s added repeatedly to the My Shazam Tracks playlist. This unnecessarily clutters the playlist.

As mentioned, the tracks you identify using Shazam will be auto-added to the My Shazam Tracks playlist. You don’t have to take any action. However, if you want to add a Shazamed song to any other playlist, you can do that straight from inside the Shazam app. Here’s how: 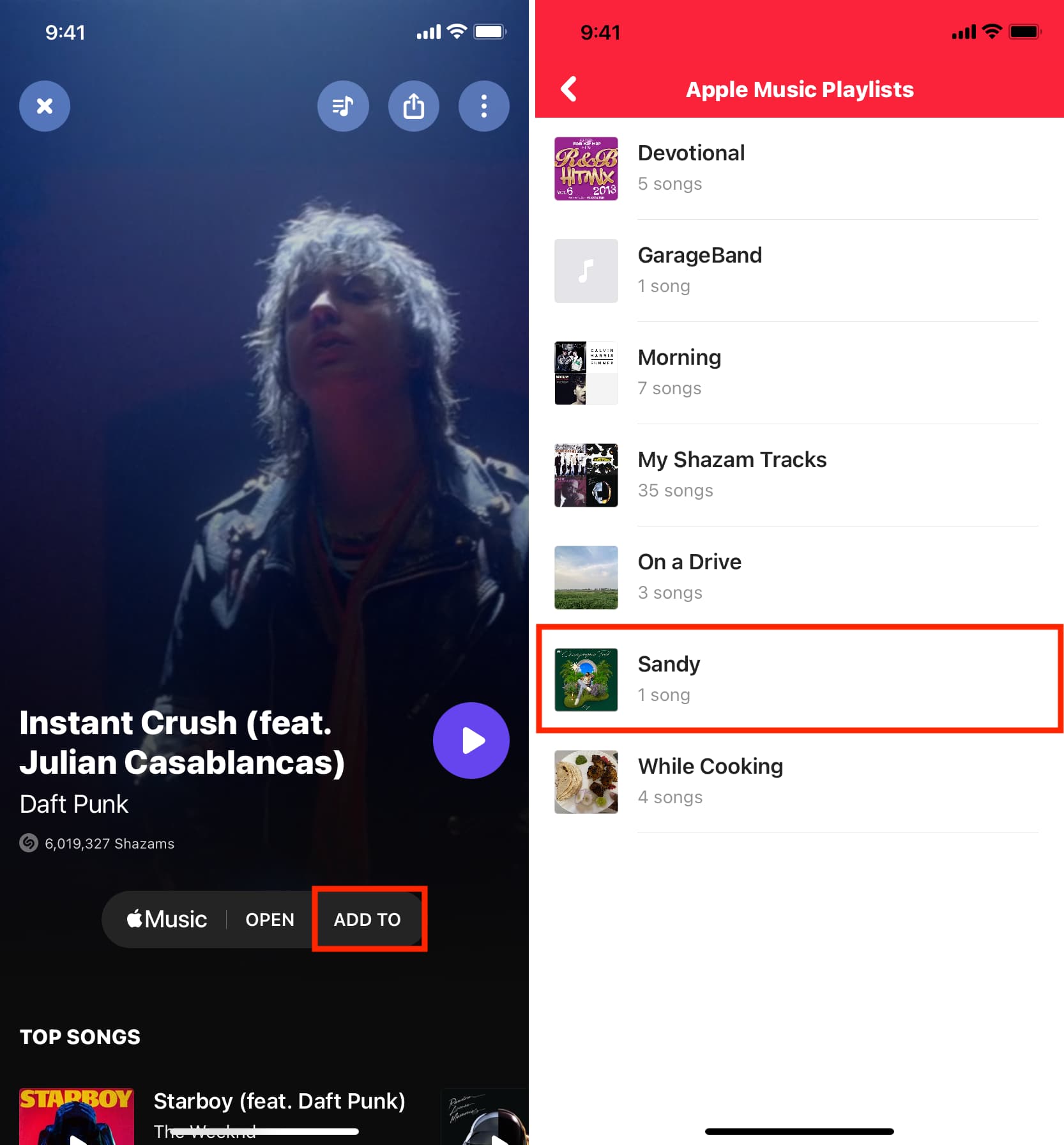