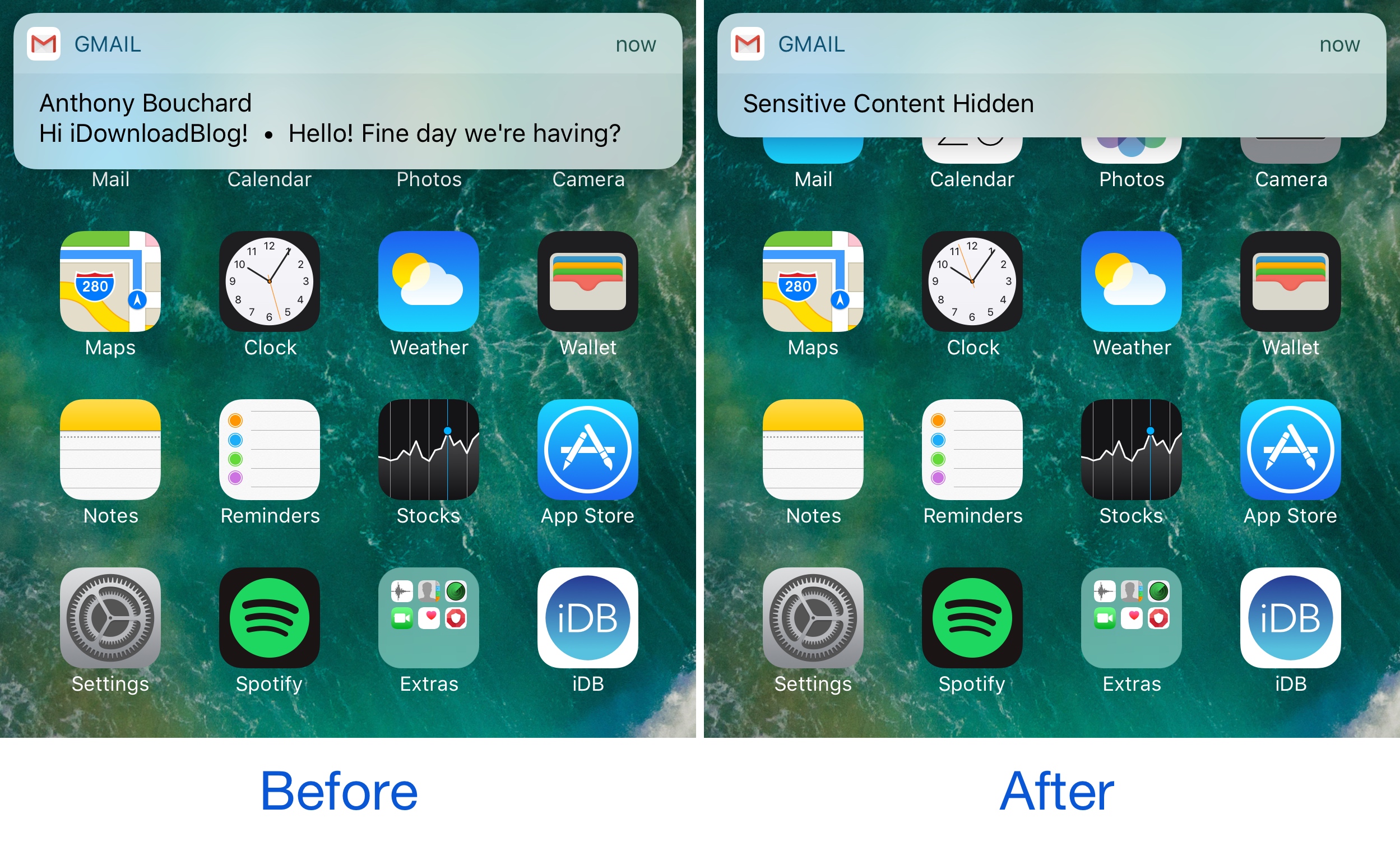 When privacy is a concern of yours, sometimes you need to be mindful of the notifications that pop up from apps, as they can easily make sensitive information readable by anyone who might be looking over your shoulder.

While some apps like Mail, Messages, and Facebook Messenger come with internal settings for hiding message content, not all messaging apps do, or do it as well. That’s where a new free jailbreak tweak called NotifyCensored by Pax Cex will come in handy.

NotifyCensored can conceal not only the messages you receive, but also who’s sending them. It hides information from notification banners throughout iOS, including those that pop up on the Lock screen and those that appear while you’re using your device.

You might recall from our tutorial on hiding message previews that doing so with the stock options will hide the content of the message, but not the name of the sender. This is just one way that NotifyCensored actually outperforms the stock settings in some apps.

In addition to that, it supports a wide variety of other third-party messaging apps, which can be toggled on or off from the tweak’s preferences pane in the Settings app: 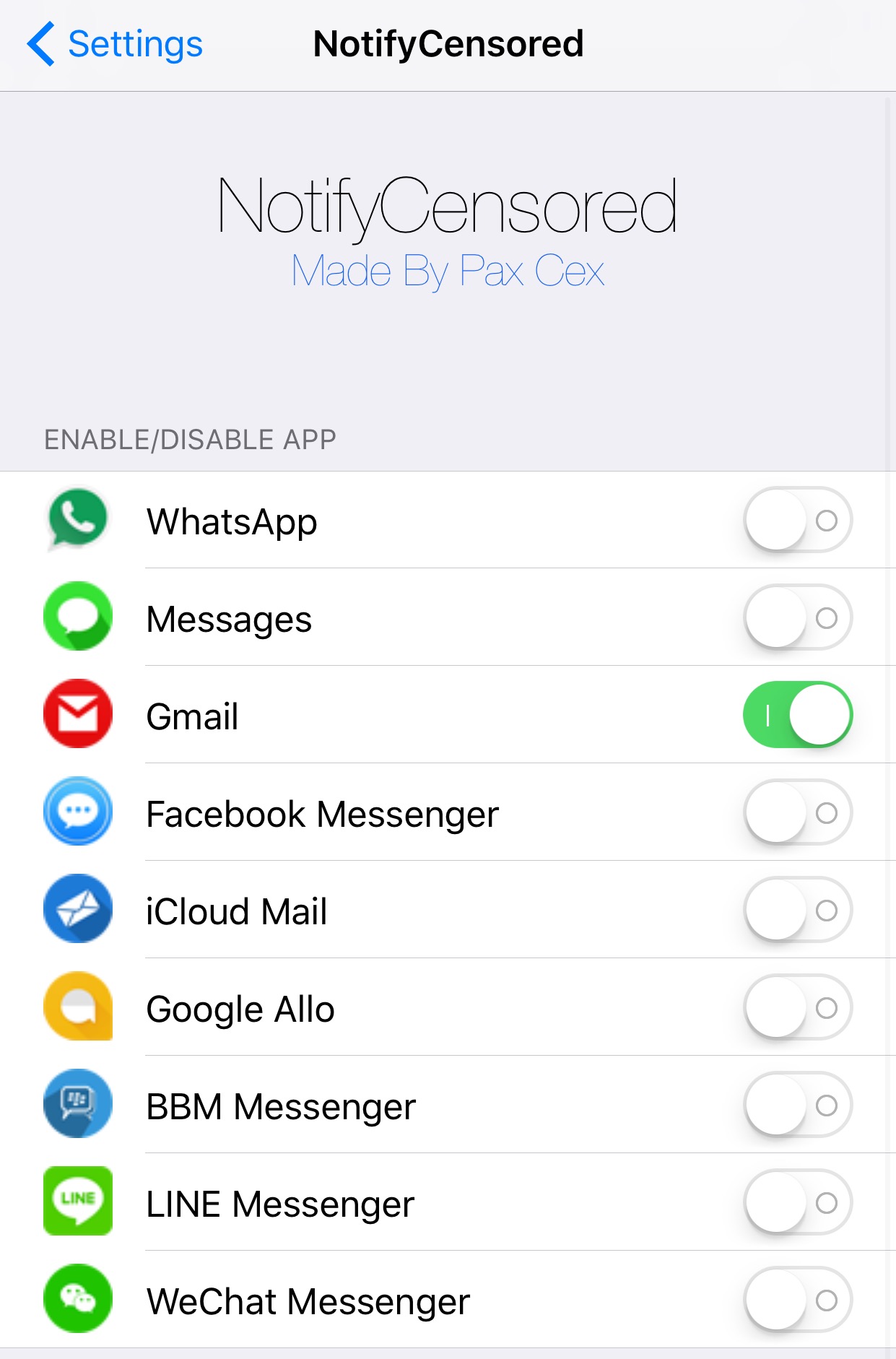 Among the supported apps are:

Once enabled, you’re ready to go. There’s no need to respring your device, as your changes take effect immediately.

NotifyCensored is a great tweak for those who are always paranoid about their privacy and feel that the stock function under-performs in that respect. If you want to try it out, it can be had for free from Cydia’s BigBoss repository and works on all jailbroken iOS 9 and iOS 10 devices.

Do you have a reason to hide the contents of your messages from any of the supported apps? Share why in the comments below.