There may be times when you actually want to see your Status Bar, but sometimes you might feel just the opposite and have the desire to hide it away from view. One might want to do this when inside of certain apps where the Status Bar appears on top of an interface, like in the Pokémon GO app, for instance.

With a new free jailbreak tweak called TapTap Statusbar by pxcex, you can easily hide or show your Status Bar on demand with a simple tap gesture.

The tweak is immediately reminiscent of one called Wink, which we showed you almost three years ago. In fact, it works in similar ways, but offers just slightly fewer options to the end user.

To hide the Status Bar after installation, all you have to do is tap on it one time. After it’s gone, you can tap in the region again and the Status Bar will reappear. This effect works anywhere in iOS, whether you’re on the Home screen, in an app, or somewhere else.

After installation, you can go into the TapTap Statusbar preferences pane from the Settings app and toggle the tweak on or off on demand, as well as choose what animation you’ll see when the Status Bar appears and/or disappears from the screen: 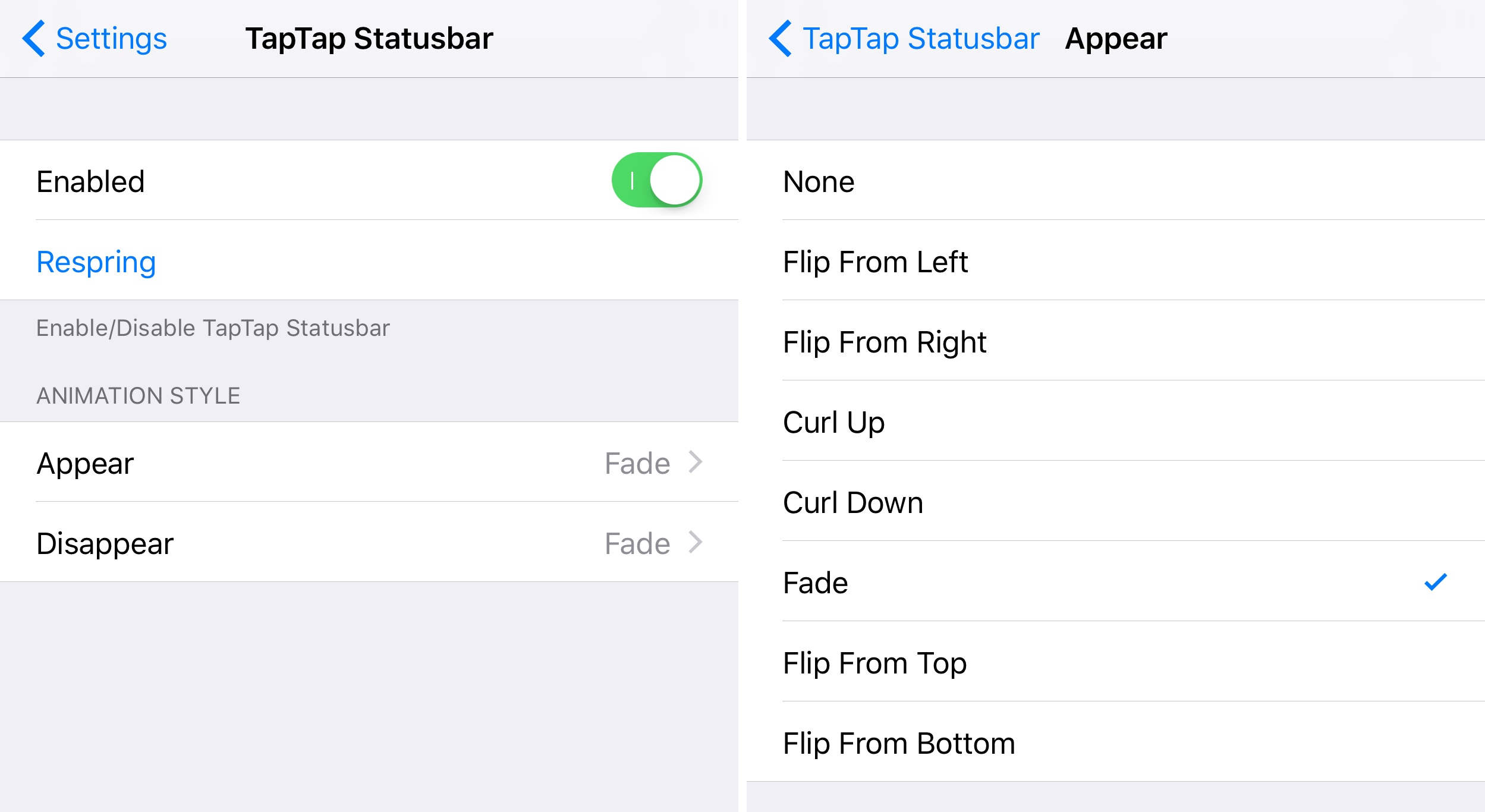 Among all of the animations the user has to choose from for both situations are:

While Wink was never officially released into any public Cydia repositories, TapTap Statusbar can be downloaded directly from Cydia’s BigBoss repository for free and it works on jailbroken iOS 9 and iOS 10 devices.

Will you be downloading TapTap Statusbar? Share in the comments below why or why not.