Apple has been putting a lot of focus on transparency in many of its modern iOS releases. It can be pointed out in many iOS UI elements, including your 3D Touch menus and the widgets you interact with on your Lock screen and in Notification Center.

Because the whole transparency thing might be getting a bit stale for some, a new free jailbreak tweak called 3DLight by Mohammad Ghzayel can help to change things up a bit by bringing some opacity to the interfaces that you’re typically used seeing distinct silhouettes through.

The tweak is purely aesthetic, as you’ll see from the sample screenshots below, which show the changes made to the widgets on the Lock screen: 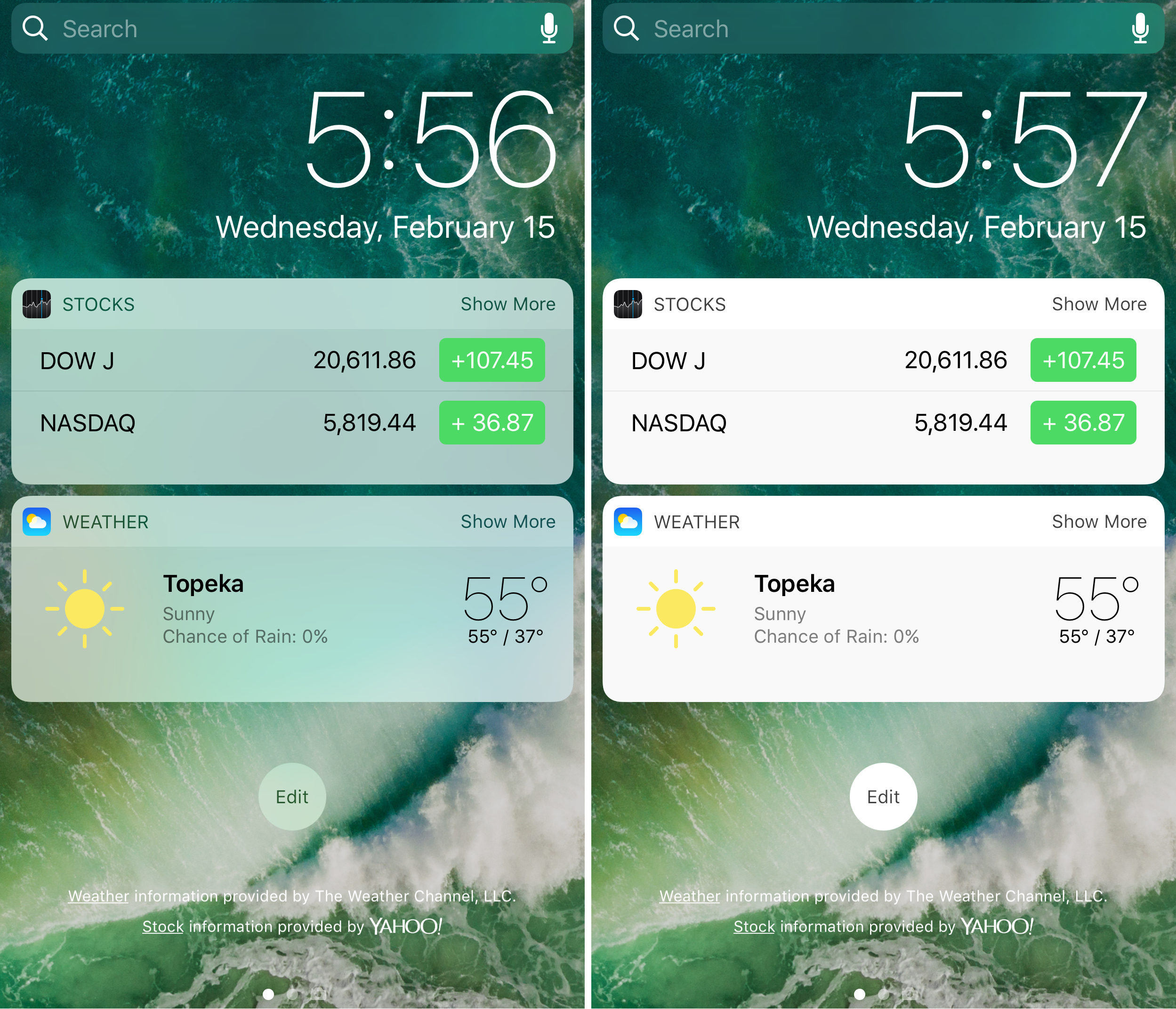 These additional examples, which show the way the tweak changes the style of the widgets in Notification Center: 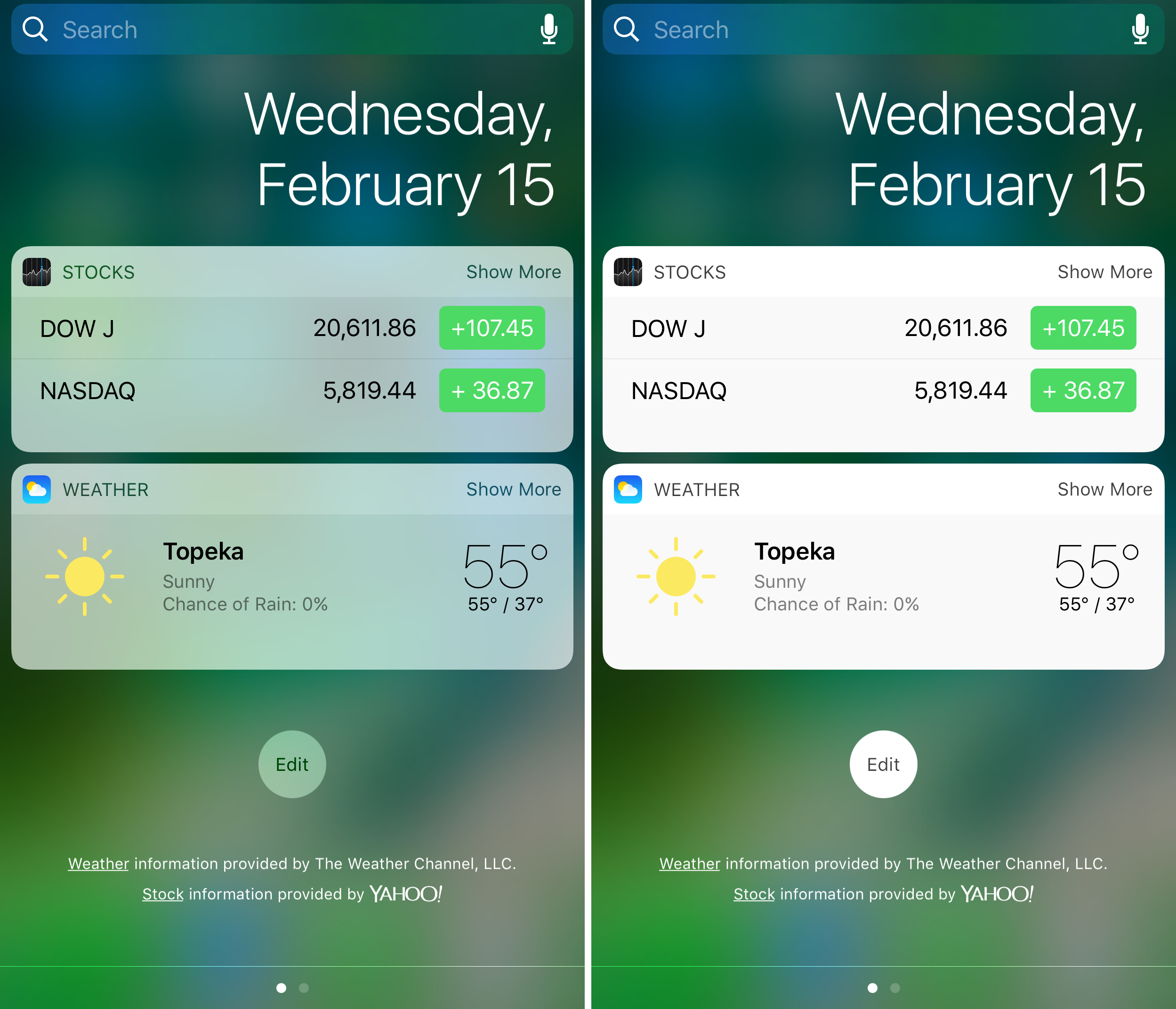 All of the information is still just as legible as it was before the slight visual adjustment, so you’re really not losing out on functionality. To top everything off, your device’s system resources even get a small break because they’re not having to blur any of the content that appears behind your widgets or menus anymore.

3DLight is also compatible with third-party Lock screen and Notification Center widgets that you download from the App Store, as well as non-3D Touch devices that have 3D Touch-simulation tweaks like Peek-a-Boo (by Creatix) installed on them. Keep in mind that tweaks like Forcy and RevealMenu have not yet been updated with iOS 10 support, so don’t try to use them just yet.

Whether or not the tweak is worth installing comes down to personal preference. If you like the opaque look more than the typical transparent one that everyone else has, then you might want to give it a try.

You can download 3DLight for free from Cydia’s BigBoss repository today. It doesn’t have any options to configure and it works great on jailbroken iOS 10 devices.

You might also like: Cuttlefish lets you tint the backgrounds of your 3D Touch menus any color

Do you prefer the new opaque look, or the original transparent look? Share in the comments section below!