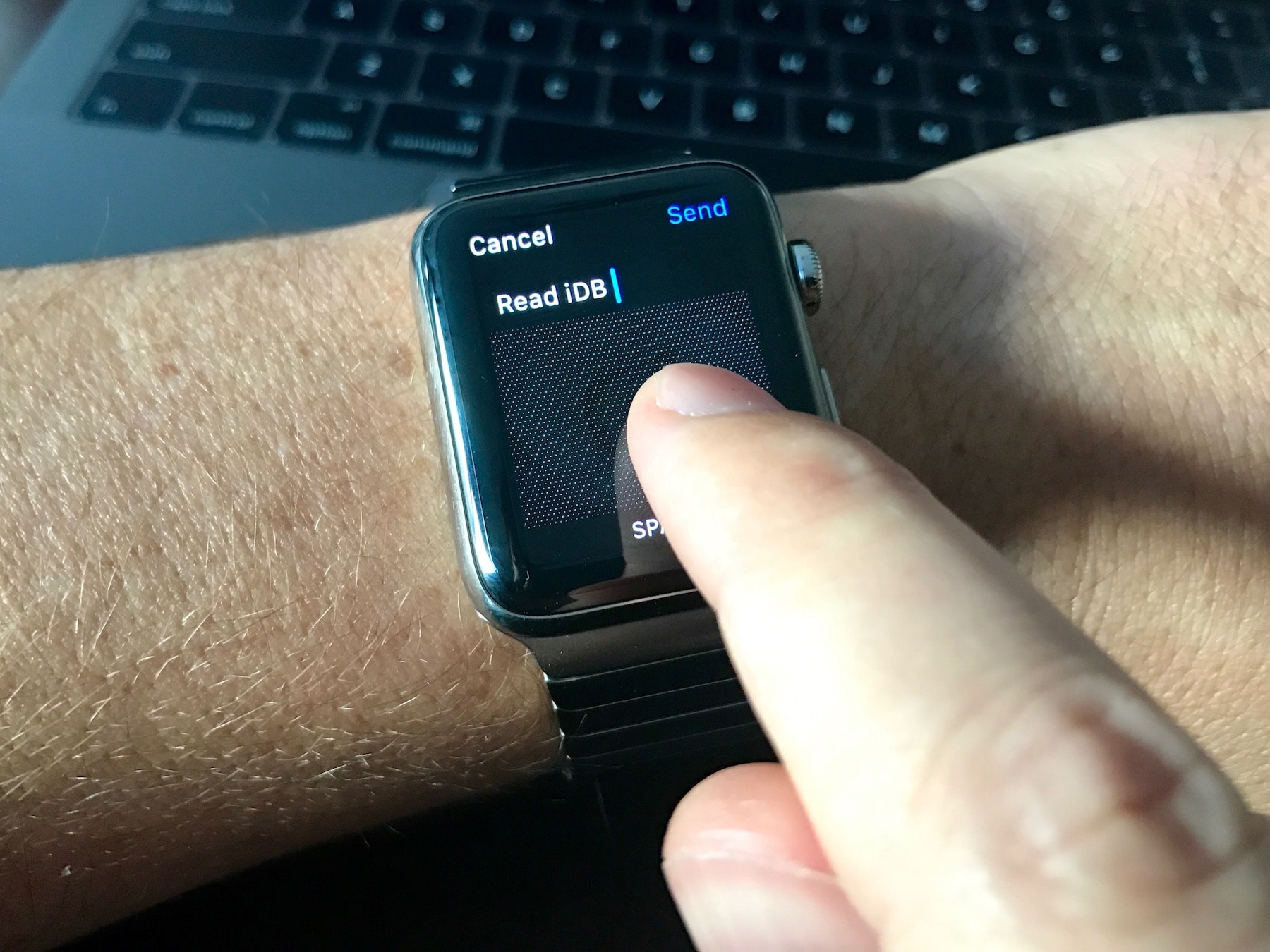 Scribble can be awesome. It allows Apple Watch users to discreetly scrawl text replies on their wrists, no iPhone keyboard necessary. For all its glory, in the wrong environment it can appear outright fiddly, especially on the smaller screen model and even more especially if uninitiated to the software. Oddly, there is not that much information out there on the sweet feature, which is inconsequential and not conducive to Scribble’s future place in watchOS.

Behind the curtain, Scribble has a couple of tricks up its sleeve that will appreciably lift your game at writing on the watch, both in terms of speed and technique. So no matter if you are a regular user of the feature or have abandoned it a while ago, let’s shine a light on a couple of knacks and see if it is going to better your relationship with Scribble.

Typing, or better drawing, on your Apple Watch can unquestionably give birth to a lot of frustration, most notably when the software flat-out refuses to comply. Nothing is more aggravating than watchOS recurrently mistaking your input for the wrong letters or having to start all over again since you want to make small changes in your wording. Luckily, there are smart solutions for most of those grievances. Not so luckily, Apple is a little cagey about them.

Not necessarily to steal a march on them, here are the tricks that will make you more adept at texting from your wrist:

Personally, letters such as I, J, L – especially at the beginning of a sentence – watchOS routinely misinterprets on my watch. It’s borderline infuriating to delete the first letter and write it again some ten times to absolutely no avail.

Thankfully, if and when there is no learning effect kicking in on Apple Watch, you can override Scribble’s interpretation by the use of one simple trick: write the character, wait for watch to register the input (wrongly) and you will notice two subtle arrows (pointing up and down) appear alongside the letter.

Now simply start twisting your Digital Crown and you will be able to skim through an array of alternative characters watchOS has picked up. Nine times out of ten, this will include the letter you were after originally. Scroll until the little green arrow on your left points at it and let go of the crown.

The same method can be harnessed to replace words watchOS misconstrued and, even better, to cut a corner when spelling out lengthy terms. In the first case, finish your word and rotate the Digital Crown to supplant it with suggestions of words you could have meant.

If you’re feeling lazy and cannot be bothered to type out a word in its full entirety, throw watchOS a couple of characters and start twisting the crown to complete the word for you. Naturally, the more characters you input, the more reliable the suggestions.

This for example makes it extremely swift to type daytimes: draw a ‘2’ and immediately start scrolling, for it will quickly suggest ‘2PM’ and ‘2AM’. Once adopted, this is an excellent shortcut to boost your technique.

Another helpful navigation tool that is not easily guessed is the ability to horizontally scroll through your text. As soon as your sentence starts expanding eastwards, the former part of your phrase will roll out of sight.

If you need to know your exact wording in an earlier sentence or want to rephrase, there is no need to delete your carefully edged words. Instead, touch anywhere on the string of words and swipe to the right to scroll backwards. Conversely, swipe left to move back to the end of your sentences. Tap anywhere in between your words in order to add words or missing punctuation. WatchOS does not boast the magnifying glass functionality you can find in iOS just yet.

This one ties in to the swiping gesture introduced earlier. Browsing through your already written sentences, you can always tap a word to cast it in a green box and start turning the Digital Crown. This will summon both corrections of the word (capitalization, spelling) and suggestions of other terms.

Caught somewhere between valuable advice and no-brainer, keep in mind that on both iOS and watchOS, hitting the space bar twice will result in a full stop. This is a minor knack that trickled down from your iPhone’s OS, but it again measurably speeds up your writing.

As soon as your first sentence is done, quickly double hit the SPACE icon at the bottom of the screen and uninterruptedly keep going. This way there is no need to draw a dot on the large input screen and wait for the period to be placed at the end of your sentence. This is a small one admittedly, however it does add up over time.

Some of these gestures are hopefully going to help you master Scribble (if necessary) or at the minimum curb the gripes you may have had with the writing tool.

Are you bearish or bullish on Scribble? Let us know in the comments!