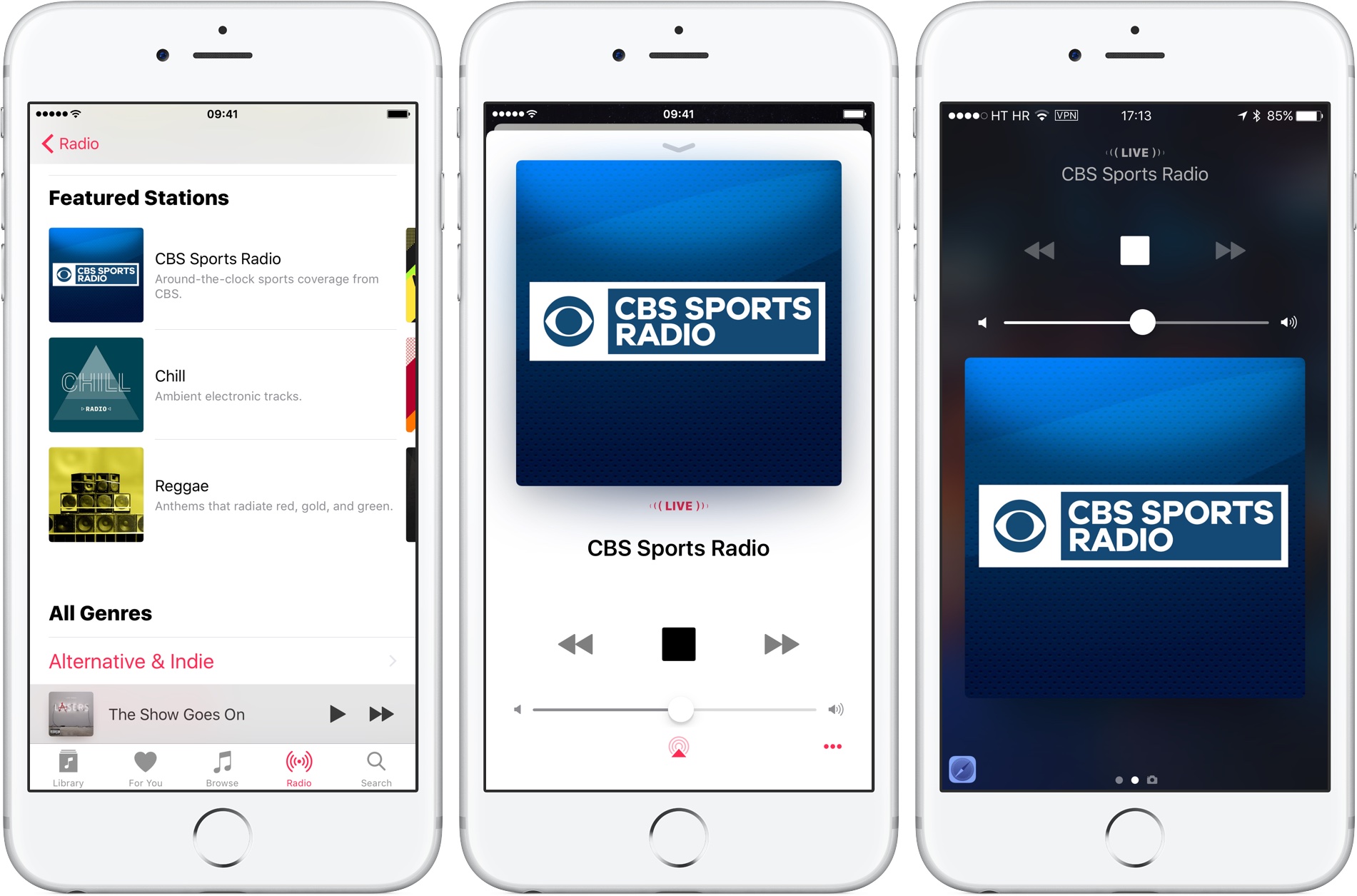 CBS today announced that CBS Sports Radio is now available via a dedicated 24/7 radio channel for Apple Music members. This means that Apple Music subscribers can tune in to CBS’s popular sports channel via the Music app on their iPhone, iPad, iPod touch or Apple TV, no desktop using iTunes for Mac and Windows, via the official Apple Music app for Android and on Sonos speakers.

Apple currently highlights the new CBS Sports Radio channel in the Featured Stations section under the Radio tab in the stock Music app. It can be also accessed across hundreds of local radio stations, online and in the Radio.com mobile app.

CBS Sports Radio made its debut as a standalone service in January 2013.

Follow this link to tune in to CBS Sports Radio on Apple Music.