Just last week, problem threads began to surface on Reddit suggesting that there was some sort of bug in Apple’s newfangled AirPods case that could cause premature battery drainage. While the number of people affected isn’t known, it goes without saying the issue was affecting a decent number of users and kicked up quite a bit of controversy.

It’s unknown if the problem is related to a software glitch simply displaying the incorrect battery percentage or if the battery inside the case is actually draining more quickly than it should be, but either way, seeing 30-50% drainage after a full charge and just a few hours of idle time is really getting under users’ skin.

It would appear based on some replies to a new Reddit thread, simply resetting and re-pairing the AirPods with the iPhone in question solved the problem for many. As a result, battery drainage returned to what some would believe to be an “expected” amount. The AirPods charging case is supposed to last approximately 24 hours, but that obviously depends on how you use them.

Although this hot fix doesn’t appear to have fixed the problem for everyone who’s tried it, it seems to have remedied the glitch for at least some people, hence it might be worth trying if you are one of the many that have been affected.

To perform an AirPods reset, you can follow these simple steps:

1) Press and hold the setup button on the back of the AirPods case for approximately 15 seconds.

2) As you wait, you should see the LED indicator turn white. It will then flash amber a few times, then begin flashing white again.

Note: For this step, we recommend having the case open so you can see the LED indicator light.

Once you do this and see the flashing white light immediately following the flashing amber light, your AirPods have forgotten they were paired to your iPhone and will need to be paired with it once again.

To pair them to your iPhone again, follow these steps:

1) Open the AirPods case while the LED is flashing white.

2) Hold it in close proximity to your iPhone.

3) Wait until you see the pairing screen pop up and tap Connect. 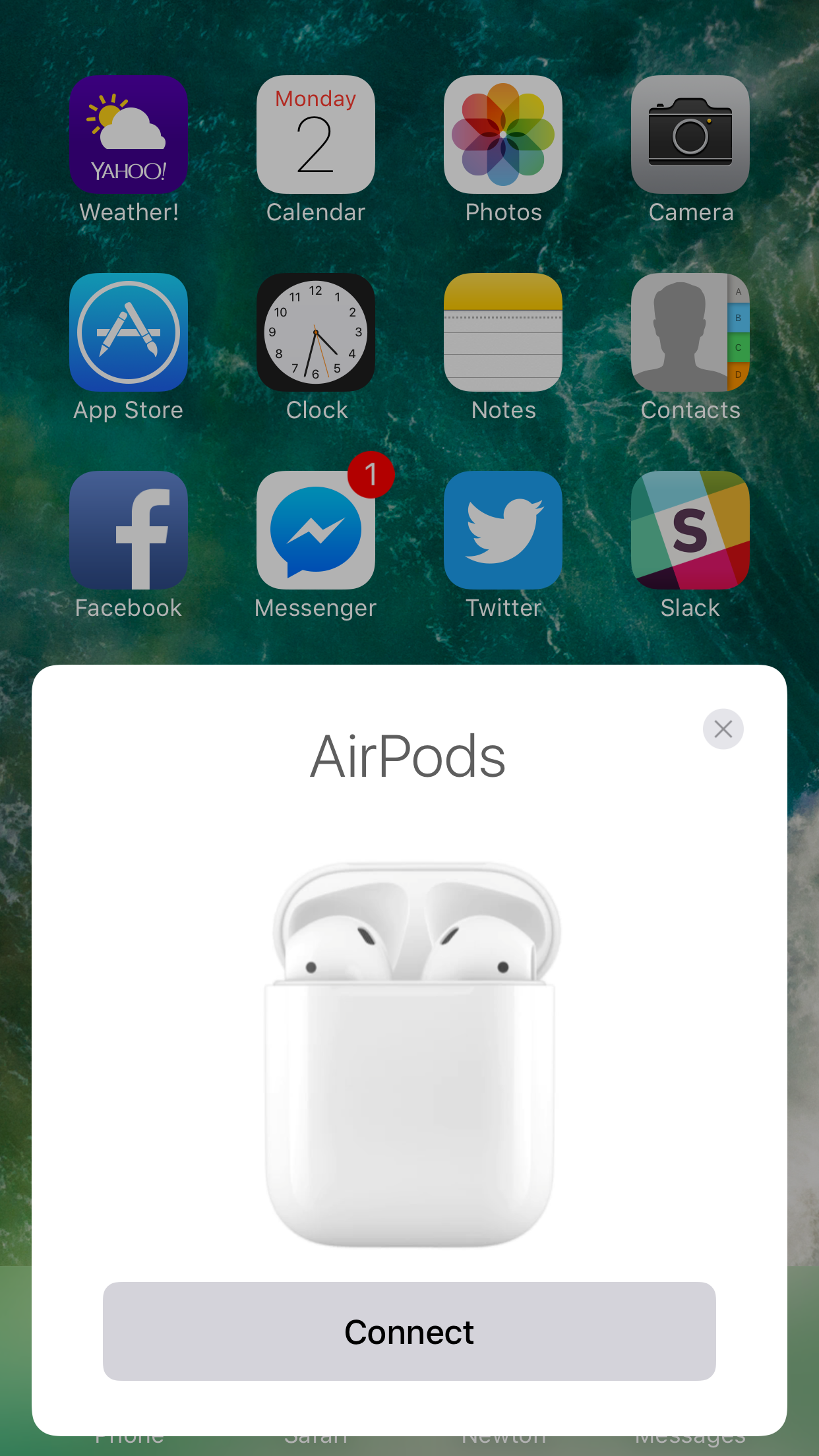 Now your AirPods should be paired with your iPhone, as well as any of your other devices that utilize your iCloud account and it will show the battery level for each: 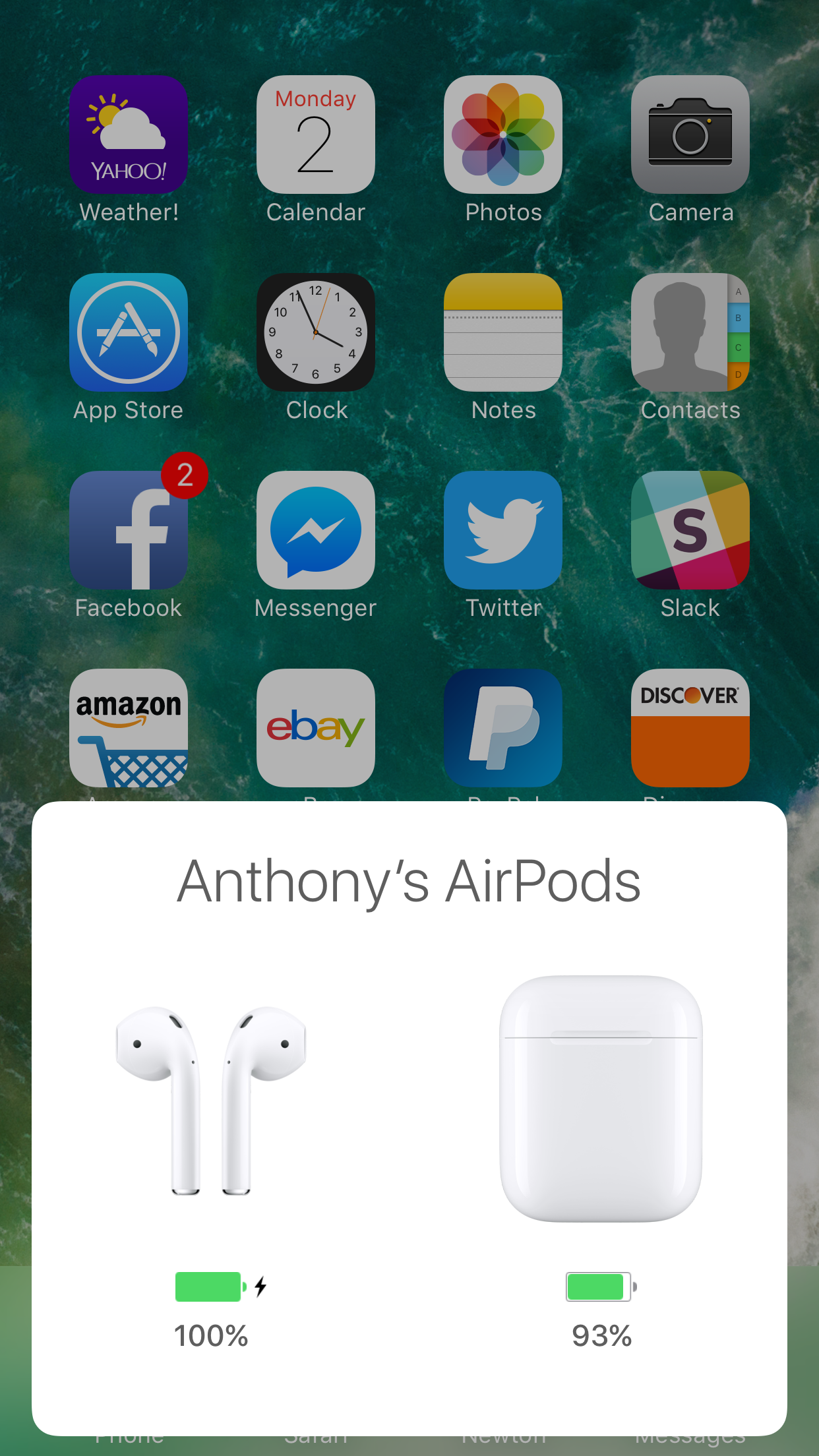 You really won’t know if this hot fix worked until you give your AirPods case a few more hours to see if it can hold a charge, but hopefully things worked out after the reset. Our fingers are crossed for you.

If you’re still having trouble after attempting the hot fix, then it’s possible you need something more than just a software reset.

One hope is that Apple might issue some kind of software update via iOS, similarly to how they’ve fixed problems in the past with the Apple Pencil and the Smart Keyboard. It’s entirely possible that some kind of bug in iOS is causing the AirPods to do something they’re not supposed to in the background, and this could be causing the battery drain.

Your other alternative is to contact Apple directly, as you might have a defective unit with a battery that can’t hold a charge. Apple may be willing to provide a replacement unit to see if that fixes the problem, however keep in mind that AirPods are pretty scarce at this point in time and there may not be any available right now.

Did using the setup button to reset and re-pair your AirPods with your iPhone fix any battery issues you were having with your AirPods case? Share your experience in the comments.