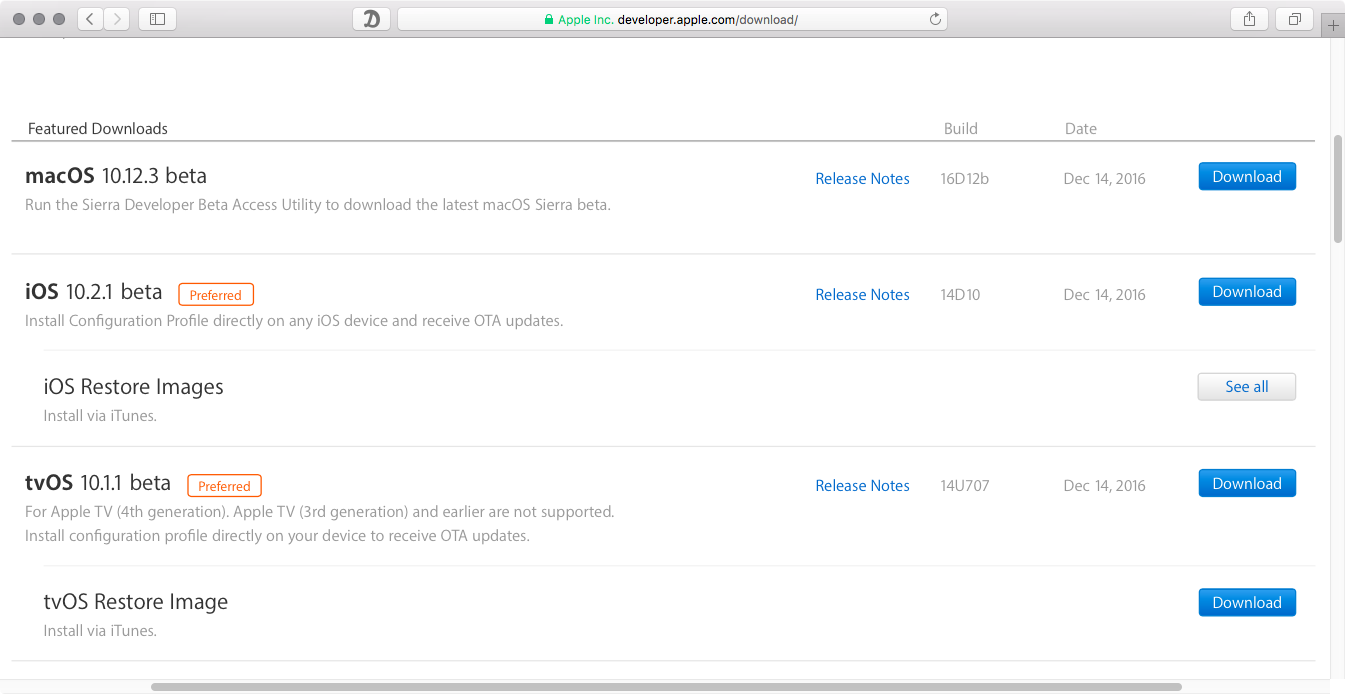 Following yesterday’s public releases of iOS 10.2, macOS Sierra 10.12.2, watchOS 3.1.1 and tvOS 10.1, Apple on Thursday seeded to its registered developers first betas of what would become minor software updates in the form of iOS 10.2.1 beta 1 (build 14D10), macOS Sierra 10.12.3 beta 1 (build 16D12b) and tvOS 10.1.1 beta 1 (build 14U707). These betas are available via Apple’s portal for developers and can be installed over the air on devices with an appropriate configuration profile installed.

Apple’s release notes for macOS Sierra 10.12.3 state that the software “improves the stability, compatibility and security of your Mac.” tvOS 10.1.1 include general bug fixes and improvements in the operating system.

The company has not seeded a new version of watchOS to developers after pulling watchOS 3.1.1 yesterday over complaints from some users who said the software update bricked their wearable device.

iOS 10.2 came with a bunch of new iPhone and iPad features, which you can watch in a video hands-on demonstration above from our own Andrew O’Hara.