Twitter is popular among iPhone and iPad users, and it can easily consume vast amounts of our cellular data when you’re using the app and aren’t connected to a Wi-Fi network.

Fortunately, there are some steps you can take to reduce the amount of data used by Twitter. In this tutorial, we’ll show you some of the best ways to do it with the app’s own settings.

Since Twitter is essentially a social network that’s always feeding you live information about the people you follow, this means it’s going to load data over the internet as things happen. That said, the app is based off of internet usage, so any time you use it you can expect to use some of your data, but some things use more data than others.

The stuff that use the most data are photos and videos. There are ways to limit each from the options embedded in the Twitter app itself.

Perhaps the biggest data hog you’ll come across on Twitter are those endless auto playing videos, either that people uploaded directly through Twitter, or that were shared from Vine or another video service.

1) Launch the Twitter app on your iPhone or iPad. 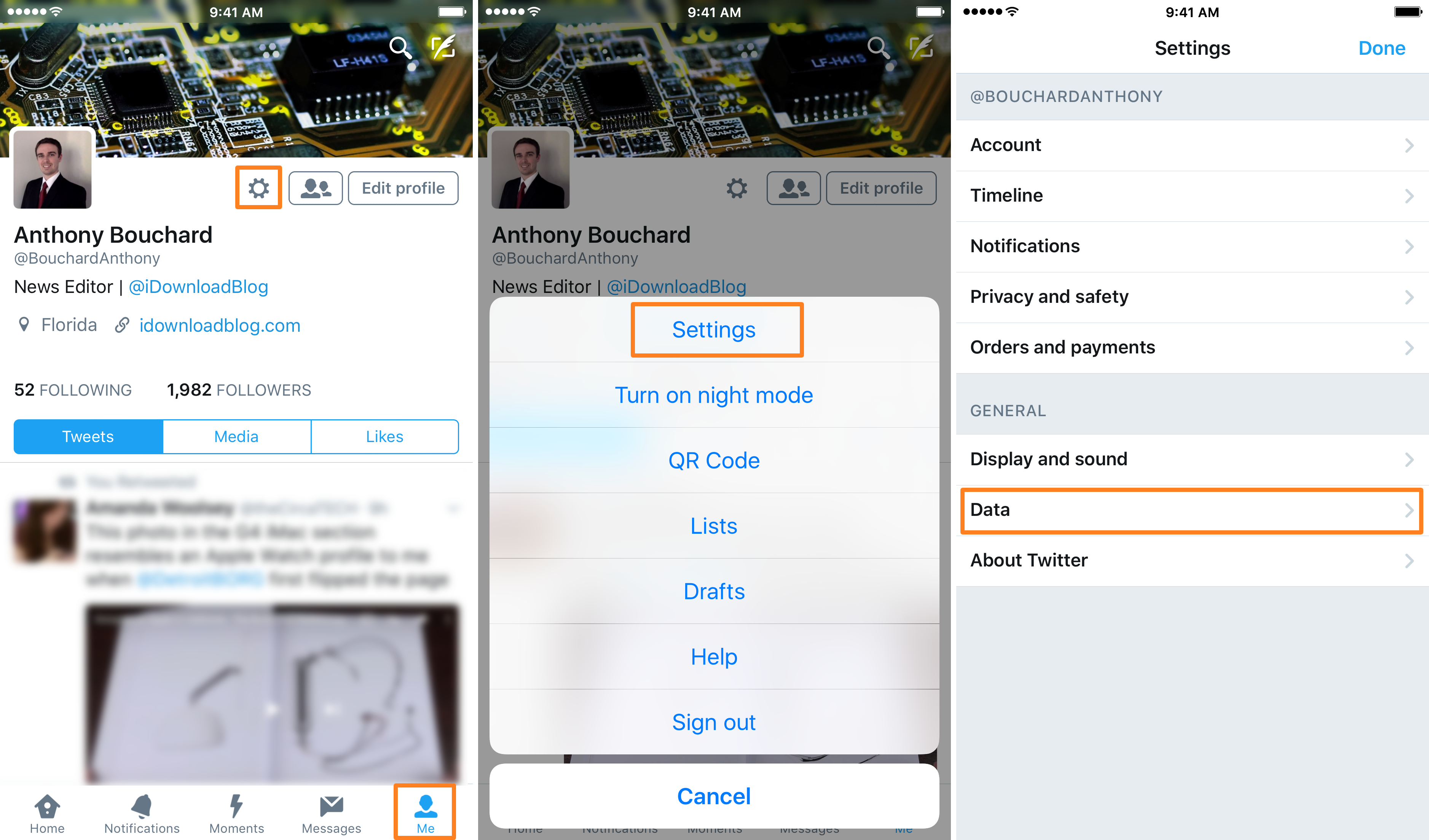 3) Tap on the Settings cog button.

4) Tap on the blue Settings button from the list of options.

5) Open up the Data preferences pane.

6) Tap on the Video autoplay cell.

7) Select either the Use wifi only or Never play videos automatically option.

The option for never playing videos automatically works across the board, whether you’re connected to a cellular network or a Wi-Fi network. Since the majority of people don’t seem to like it when things play without their permission, it’s probably the option the vast majority will choose.

On the other hand, the option for only auto playing on Wi-Fi will limit auto play to Wi-Fi networks only, which also saves data. So really, picking between the two comes down to personal preference.

Another way you can keep yourself from using more data than you want to is to keep the Twitter app from loading image previews. These will appear any time a Twitter user uploads an image.

1) Launch the Twitter app on your iPhone or iPad.

3) Tap on the Settings cog button.

4) Tap on the blue Settings button from the list of options.

5) Open up the Data preferences pane. 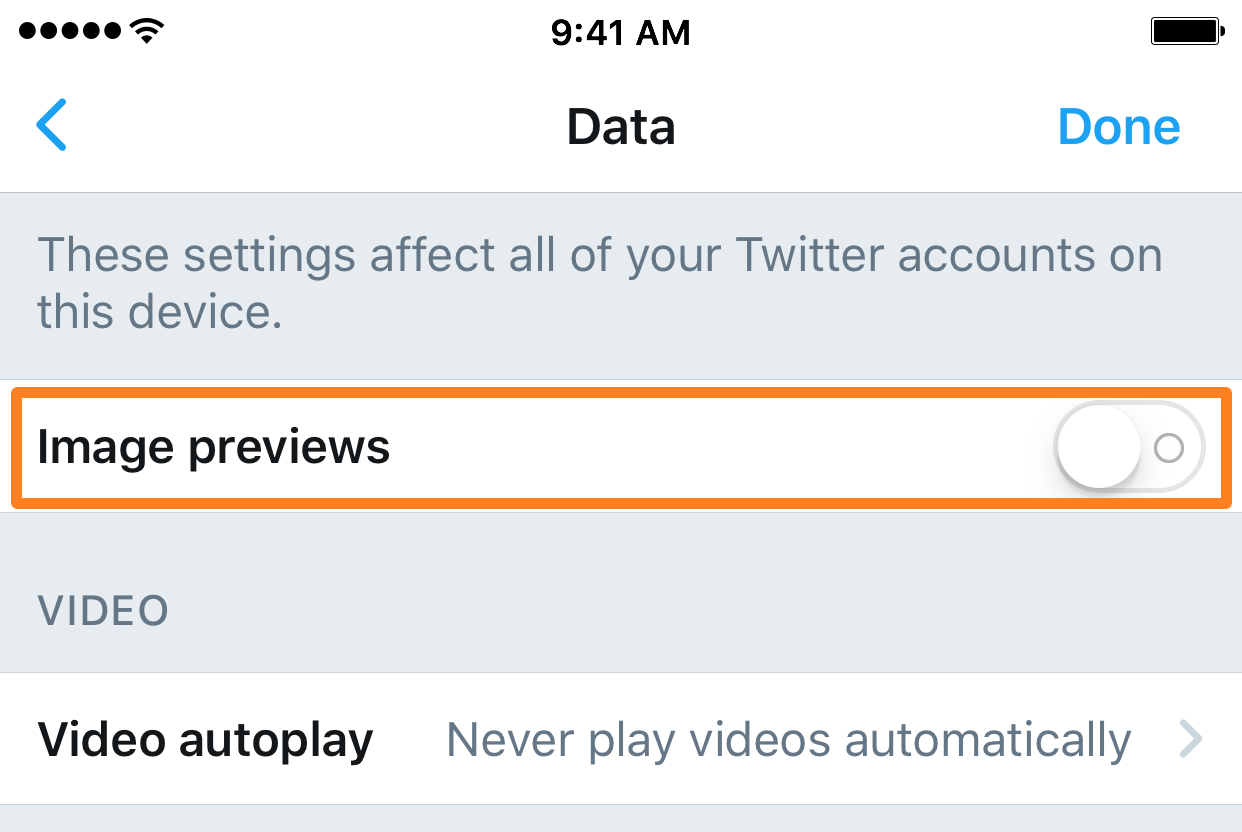 With this turned off, you will see links to images that people tweet rather than previews of the images. This may be less convenient from a content digestion perspective, but it gives you more power to pick and choose the images you want to use data for rather than loading all of them when your news feed loads.

To prevent Twitter from using any of your cellular data at all, you can take a more extreme approach. To do that, follow these steps:

1) Launch the Settings app on your iPhone or iPad.

3) Scroll down to the Twitter toggle switch and turn it off.

With Twitter turned off, it will not be able to access the internet as long as you’re connected to a cellular network. Instead, it will be limited to Wi-Fi networks only.

This option is extreme and should be used only in circumstances where you’re close to your data cap and have no choice or if you’re traveling abroad and don’t want to risk roaming charges. This option won’t be for everyone.

Are you using any of these tips to save data while you use Twitter? Share in the comments!