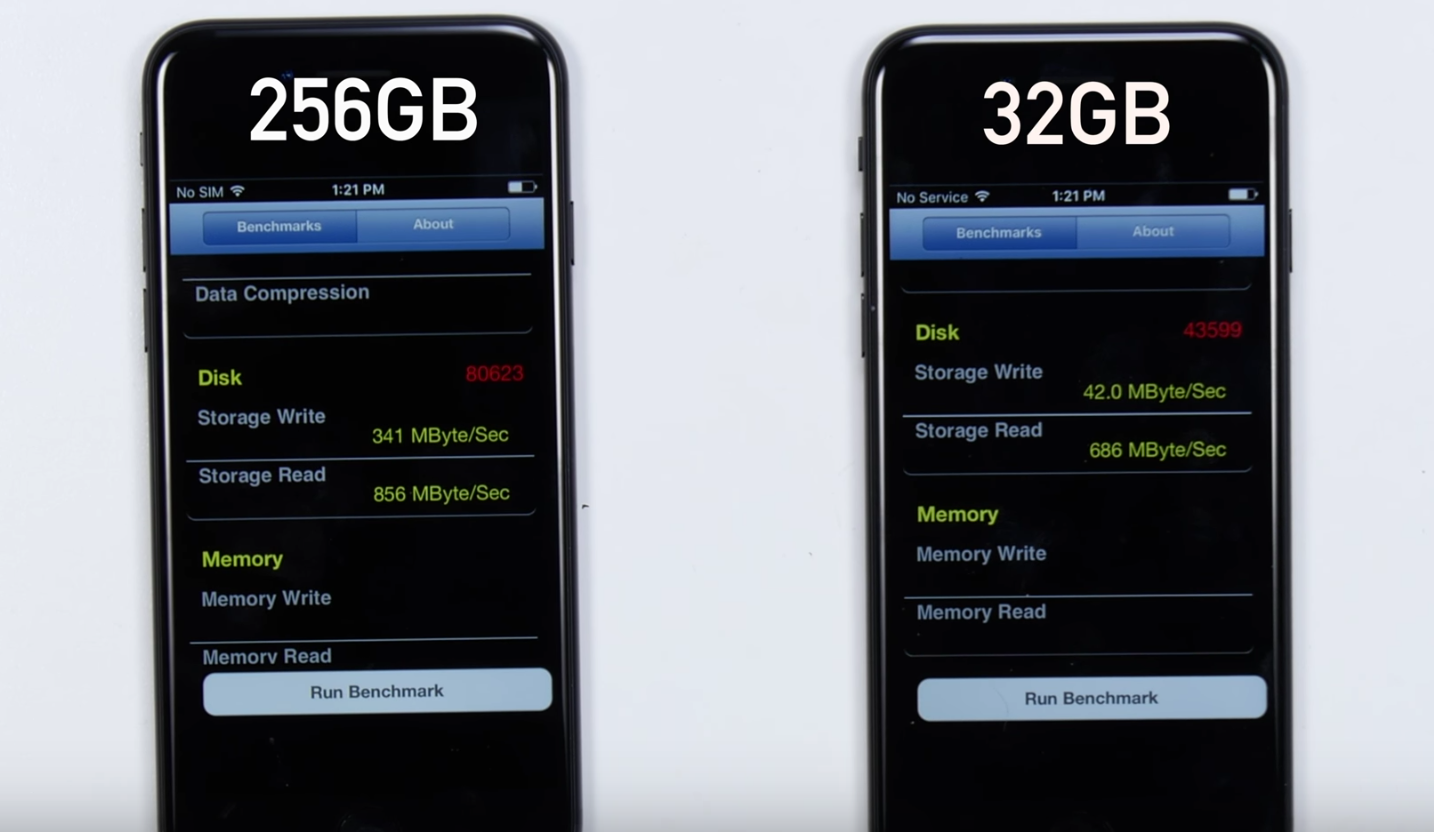 If you typically pick the latter choice, you might want to re-think your decision for the iPhone 7 & 7 Plus.

Remember Hissgate? Well everyone forgot about that, and now it appears a new “-gate” is under the magnifying glass. It’s being called Speedgate and it directly involves the read and write speed of Apple’s storage chips that are embedded within the devices’ logic boards themselves.

A video shared by Unbox Therapy on YouTube this week shows a side-by-side speed comparison of a 32GB iPhone 7 and a 256GB iPhone 7. Although you would think both handsets have the same read and write speeds despite the different storage options, you would be wrong.

The comparison test featured a free Performance Test app from the App Store, which appears to not have been updated since 2012. That aside, Lew also did a USB transfer test to compare read and write speeds and came up with similar results.

For what it’s worth, I tried the storage speed test on my 128GB iPhone 7 Plus and the results landed somewhere in the middle of the 32GB and 256GB models in Lew’s video. Not too surprising from what we appear to be learning here.

These storage chips are non-upgradeable, unless you trust a backyard soldering job of a Chinese memory upgrade service that undoubtedly voids your warranty, so when you buy your iPhone, you’re pretty much stuck with whatever you’ve got.

If you tried the performance test app, did you see consistent results with the video? Share in the comments!