Only one day after the official launch date of the new iPhone 7 and iPhone 7 Plus handsets, users are already reporting problems.

The latest comes from those who are putting heavy loads on the new A10 Fusion CPU, which reportedly causes the handset to exhibit a strange hissing noise.

The new A10 Fusion chip is a quad-core processor that contains two high-power cores and two low-power cores, which allow it to be a battery-friendly chip when it needs to be, but very robust when you need the performance.

Despite these capabilities, it seems it’s not without its issues.

A new report from 9to5Mac has surfaced describing something called “HissGate,” in which after putting a lot of strain on the CPU, such as during software restores or hardcore processing, a painful-sounding hissing noise can be heard coming from the location of the processor in the device.

After being publicized, confirmation of such issues are now popping up all over the internet from other users as well.

Curious to know what it sounds like? The video below lets you hear the sound:

Obviously, this doesn’t sound all-too appealing. In fact, it almost sounds faulty. Such sounds are not typically heard from smartphones when they’re being used.

One user reluctantly contacted AppleCare about the issue with his brand new device and their response was that it needed to be replaced. Unfortunately, the high demand for the new iPhone means no replacement units are currently in stock, so he was given a 5-7 day ETA on a new unit. 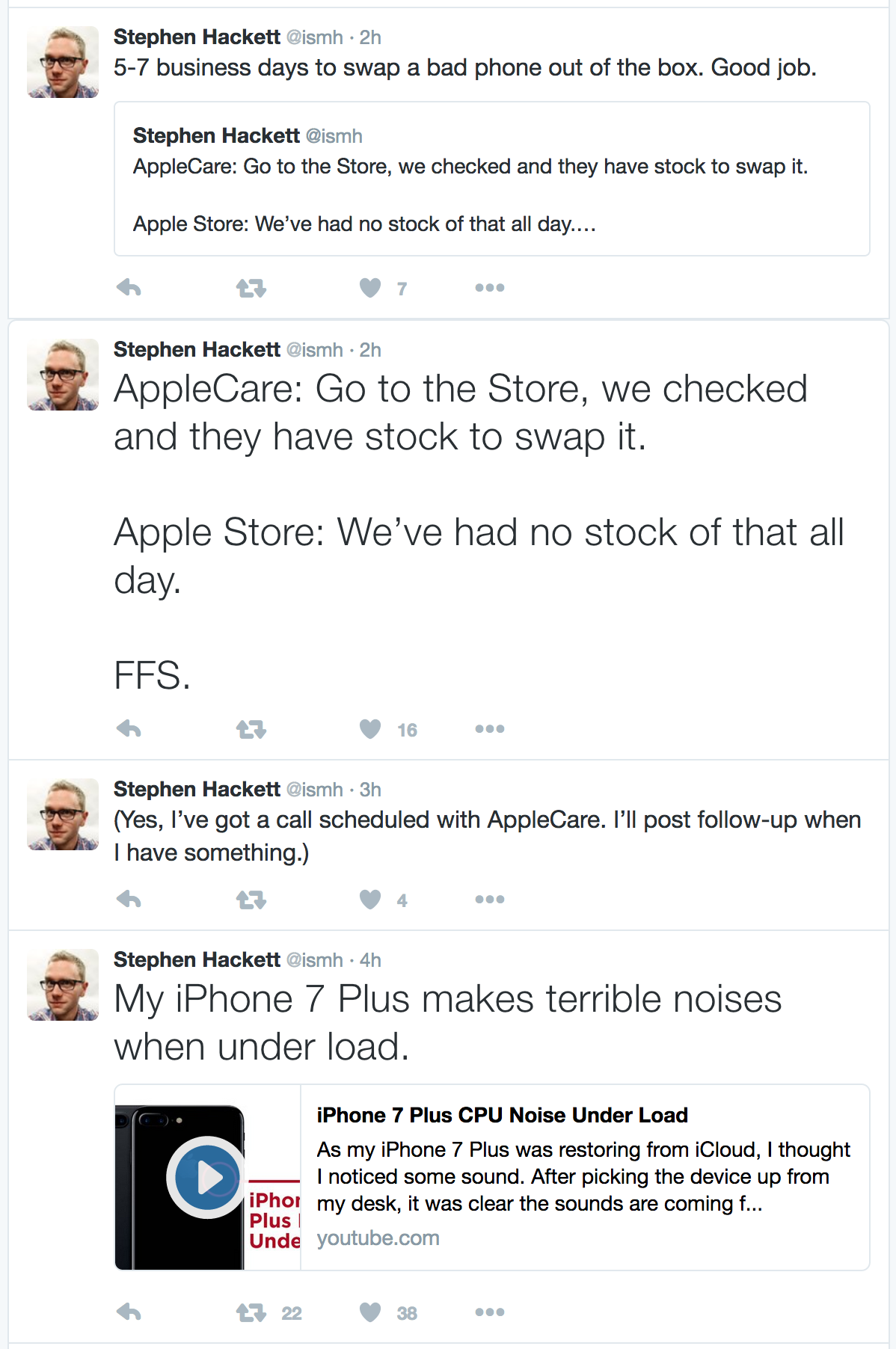 Following his Tweets, other iPhone 7 and iPhone 7 Plus users jumped aboard to report they were having similar issues, suggesting that this is more widespread than just a single defective device.

Another video, uploaded by @DetroitBORG demonstrates the hissing sound as well:

Has Apple shipped millions of possibly defective handsets right off of the factory line? It’s possible, but many customers haven’t even received their units yet due to the overwhelming demand, so many Apple customers will now be waiting to see if “HissGate” is going to be affecting them.

Apple has not yet made any public statement or recall regarding the abnormal hissing sound.