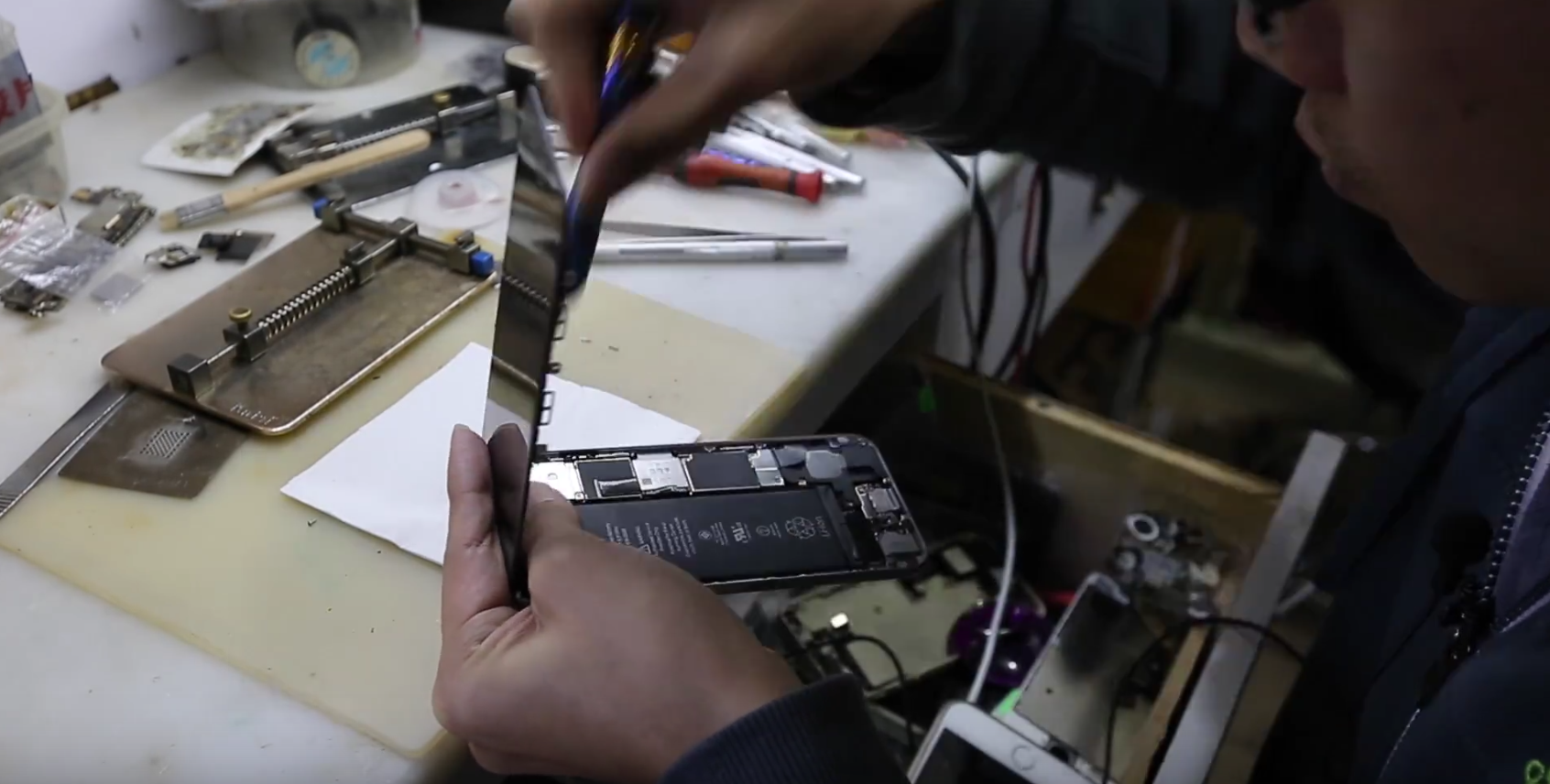 When deciding what iPhone to buy so you end up with the right amount of storage capacity, you can get the bare-bones $16GB model, or you can end up with an upgraded 64GB, or 128GB model, which are probably your best bets with the new video cameras capable of recording at 4K quality.

That’s not to say you won’t pay a pretty penny though; moving up to 64GB from 16GB is $100 more, and moving up to 128GB from 16GB is a staggering $200 more. But if paying that much more for a storage upgrade is going to be too much for you, then you’ll be happy to know there are cheaper alternatives, so long as visiting Shenzhen, China is on your bucket list for the near future.

The cheapest iPhone storage upgrade ever?

A small team of iPhone repair specialists in Shenzhen, China is now taking advantage of this niche of people who want iPhone storage upgrades by starting up a small business that offers a 128GB storage upgrade for iPhone users for a mere $60.

YouTube user BeSound decided to do some good old-fashioned reporting on the third-party upgrade and has filmed the process, as well as the before and after of the iPhone storage transformation. You can watch the full video below:

These guys reportedly get around 50 customers per day, which means there’s definitely some good demand for iPhone storage upgrades on the cheap. Unfortunately, the upgrade is limited to only specific devices due to limited availability of parts.

With that being said, yes the process appears to have worked, but keep in mind this kind of hardware upgrade would void your Apple warranty because it involves a non-authorized technician tampering with the hardware inside of your iPhone, so don’t expect Apple to help you if you end up having problems with the third-party storage upgrade down the line.

On the other hand, the likelihood of the storage going bad doesn’t seem like it would carry high probability. These guys just happened to have found a black market for the parts that are widely available in the Chinese market and are offering upgrade for pocket change of their own.

Now I’m not going to recommend you buy a plane ticket and fly all the way to Shenzhen, China to upgrade your iPhone, because that would be ridiculous. Obviously, that would cost more than just buying the upgraded iPhone itself, but it’s still cool to see that something like this is possible and it’s even cooler to see young entrepreneurs sticking it to Apple and exploring the hardware upgrade possibilities for a market clearly that exists.

Would you chance your Apple warranty for a cheap storage upgrade? Share in the comments!