When you subscribe to mailing lists, either on purpose or by accident, they sometimes can be relentless, sending emails all the time and making your iPhone buzz like crazy.

Starting with iOS 10, you can now easily unsubscribe from most mailing lists from the Mail app, and we’ll show you just how easy it is.

2) If you see an unsubscribe banner at the top of the page, tap on it: 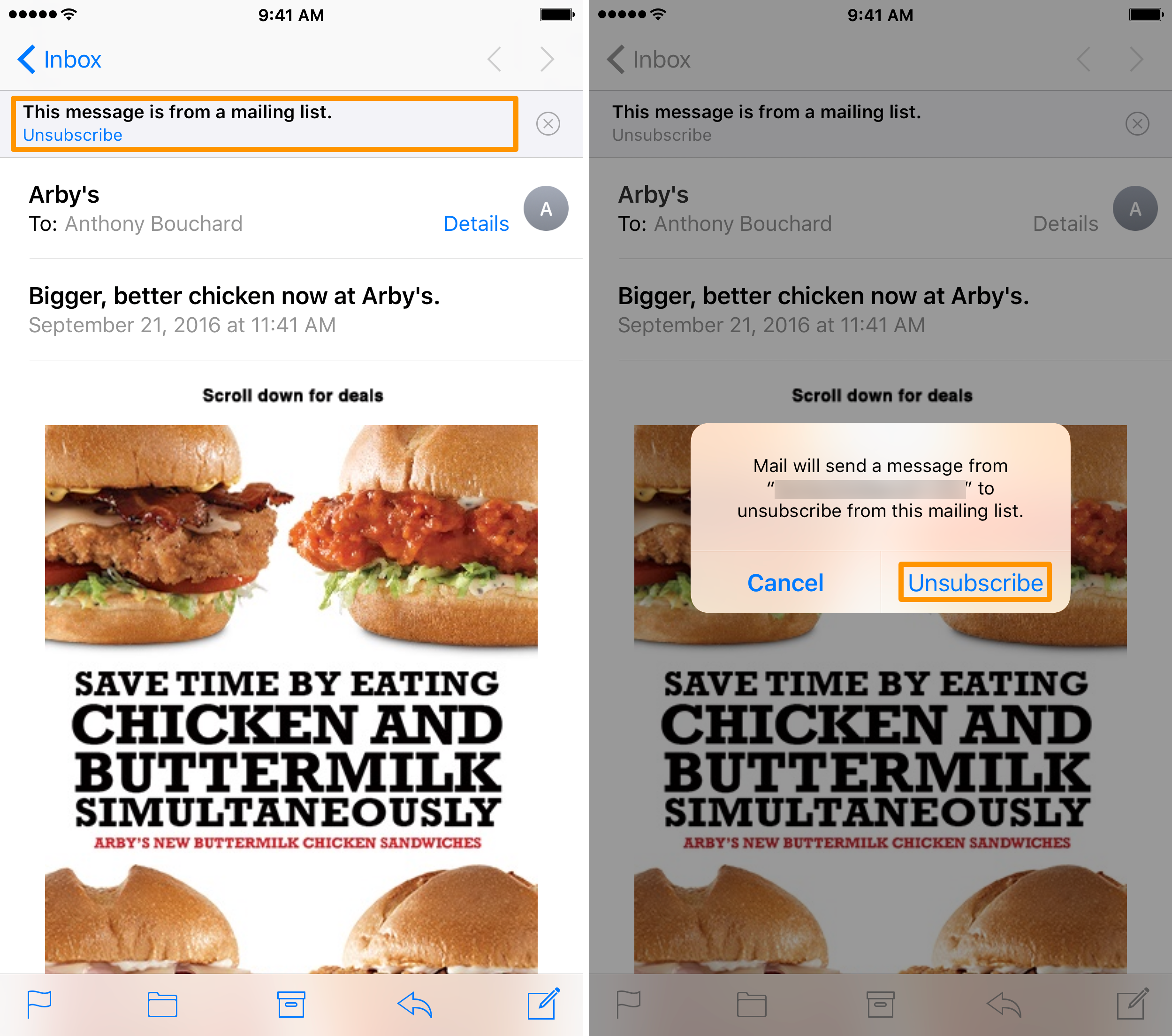 3) To confirm that you want to unsubscribe from the mailing list, tap on the blue Unsubscribe button that appears in the prompt that pops up afterwards.

If you followed these steps correctly, then you will be unsubscribed from the mailing list you were receiving solicited emails from.

There are instances where the feature may not work as expected, such as:

In some cases, some emails are just spam from gibberish email accounts, and these aren’t treated like mailing lists. In these cases, the Mail app may not show a banner for unsubscribing from emails or the sender may not have an email that you can use to unsubscribe from the spam.

Spam artists are also very crafty and are always trying to stay one step ahead of modern security features. As a result, you can expect they’ll eventually find ways to mask their identity from the Mail app’s unsubscribe feature in the near future. For now, it seems to work solidly with legitimate mailing list sources.

If it didn’t work for you, look at the bottom of the email for an unsubscribe link, which should send you to a website to confirm that you want to be removed from the mailing list.

With Apple’s Mail app now having a function to unsubscribe from mailing lists built right into the app itself, it’s finally keeping up with competitors like Gmail. This works on iPhone, iPod touch, and iPad.

Do you think you’re going to be using this feature often? Share what you think in the comments below!