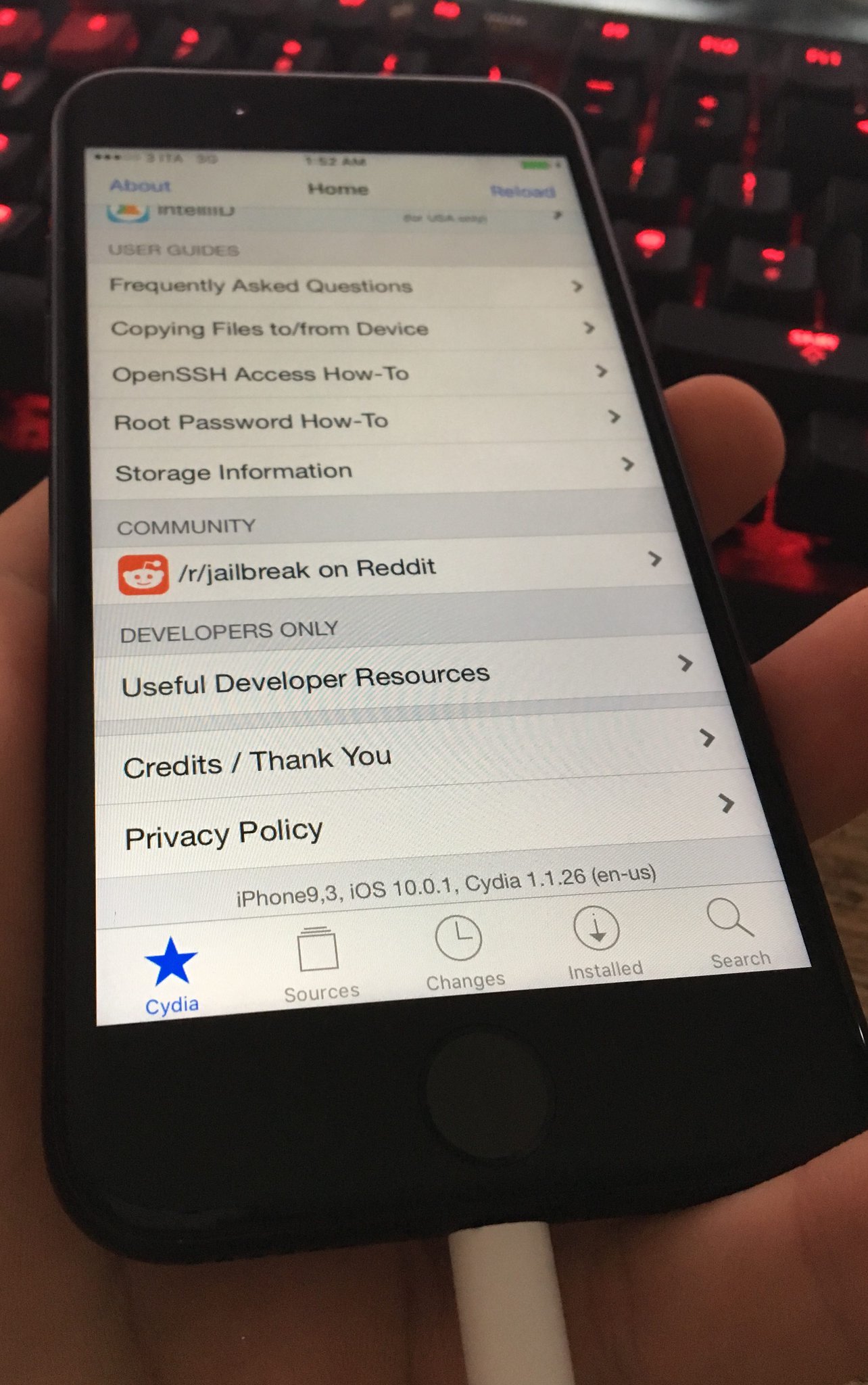 Can the iPhone 7 be jailbroken? It seems iOS hacker Luca Todesco has answered that question via new screenshots of Cydia running on the handset.

Playing around with the security on his new iPhone 7, Todesco found the iPhone 7 uses a totally new kind of security to protect it from hacks.

The kernel patch protection (KPP) on the device is reportedly a “new generation” of sorts that traps all writes from the kernel inside of its memory controller for improved security. What’s more is caches from the iOS 10 kernel on the device are reportedly using some kind of all-new compression algorithm. The kernel remains unencrypted.

A few Tweets later, Todesco shared what can be made out as the new iPhone 7 with Cydia running on the device. Both iPhone 9,3 and iOS 10.0.1 are clearly seen at the bottom of the app in the photograph. Todesco already showed off a working jailbreak on iOS 10 that he’s calling yaluX not too long ago, and it’s one of the hardest jailbreaks to create so far since Apple‘s KPP is designed to panic when something looks out of the ordinary on the device.

From what we’ve gathered from previous teases by Todesco, this looks to be semi-untethered just like the Pangu jailbreak for iOS 9.3.3 because it requires you to launch a sideloaded app to inject third-party code onto the device. This means you have to re-run the app from the Home screen every time the device reboots.

Despite the struggle with KPP among other things, Cydia now launches normally on Todesco’s iOS 10 jailbreak and he was able to get Cydia Substrate and multiple Substrate-based extensions from Cydia to work properly after having made his own library to replace SubstrateLauncher for compatibility reasons.

Based on Todesco’s track record, it’s not very likely this jailbreak will be released to the public. On the other hand, we know Pangu has shown interest in working on an iOS 10 jailbreak, so hopefully it’s not too long before you can start modding things out on iOS 10 again.

If a jailbreak ever drops for iOS 10, will you be jailbreaking again? Let us know in the comments!