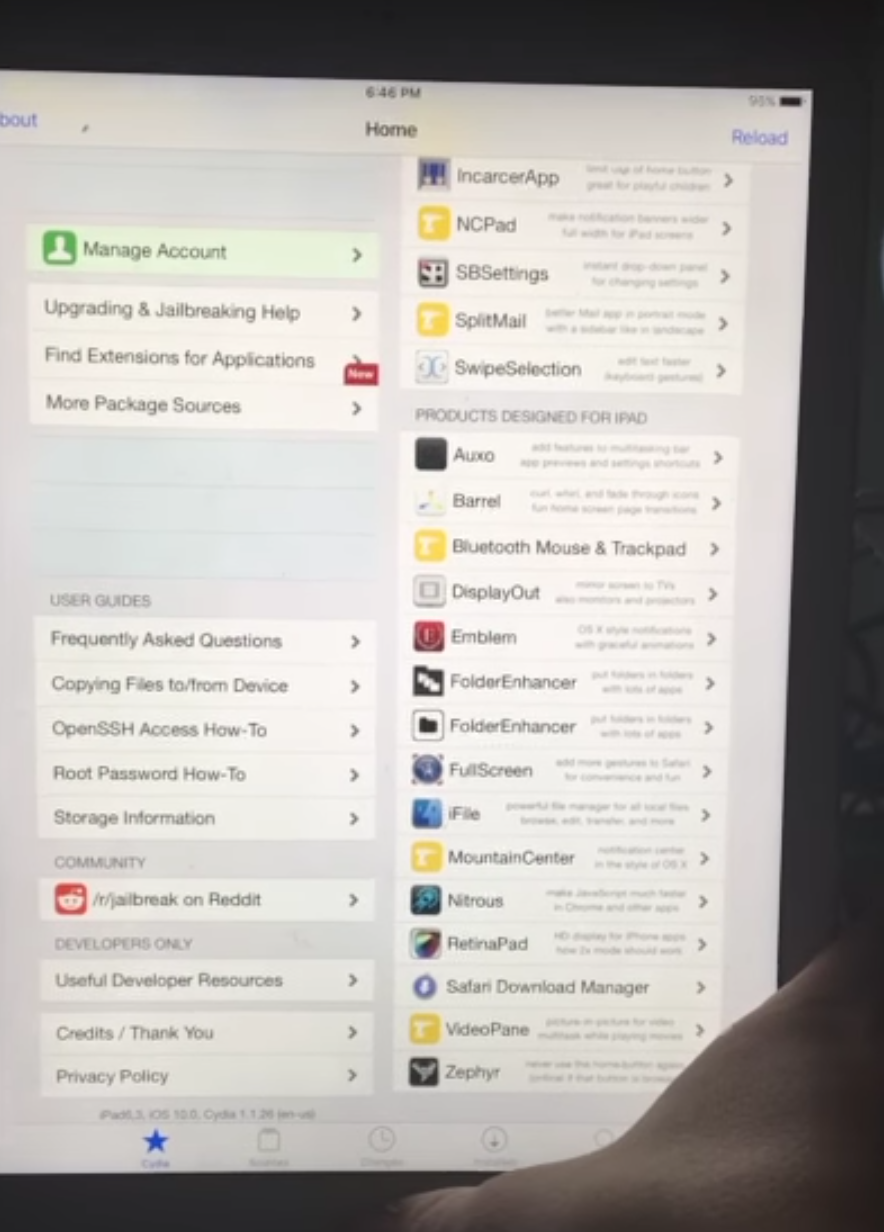 iOS hacker Luca Todesco is at it once again.

Previously having the spotlight for finding a way to jailbreak iOS 9.3.4 shortly after Apple released it to patch Pangu’s iOS 9.3.3 jailbreak, Todesco has published a YouTube video demonstrating a working jailbreak running on iOS 10 beta 8.

As usual, this is probably just another inside job on Todesco’s part that won’t be released to the public, but it shows that iOS 10 can still be jailbroken successfully despite Apple’s kernel patch protection (KPP), which has become a challenge for jailbreak teams in the most recent pre-release versions of iOS.

The jailbreak, dubbed “yaluX” in the title of the teaser video, was demonstrated on what appears to be a 9.7-inch iPad Pro. Also indicated by the title is that it’s once again a 64-bit-only jailbreak.

It appears that the jailbreak yet again uses an app on the Home screen. One can only assume it’s some kind of side-loaded app with jailbreak injection code built into it that was created by Todesco himself.

Upon tapping on a button within the app, it displays the word “jailbroken” and Cydia can be launched from the Home screen.

One thing we did notice from the video is the yaluX jailbreak seems to exhibit all of the same signs of being semi-untethered as Pangu‘s iOS 9.3.3 jailbreak did.

This jailbreak isn’t without its flaws. Todesco notes on Twitter that despite everything he’s done so far, Cydia “wants to remove itself” from the Home screen for some unknown reason: 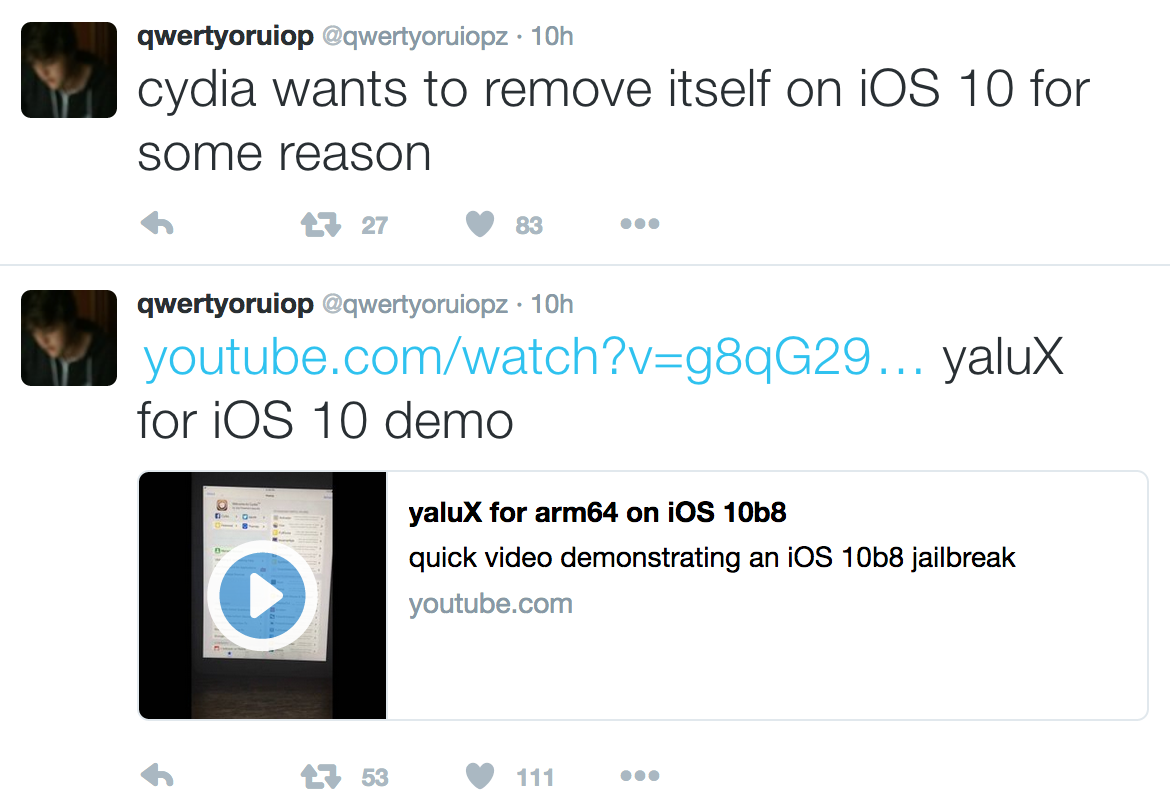 It’s really unclear what he means by this, but one thing that can be inferred is that there may be some kind of compatibility issue with Cydia and iOS 10 right now that Saurik would have to look into if a public jailbreak for iOS 10 ever did drop.

Although this jailbreak probably won’t be released to the public, an assumption based on Todesco’s previous track record of jailbreak teases, it does go to show that jailbreaking isn’t going anywhere any time soon because there are tons of people who still love modding their devices and showing off their mad hacking skills.

Nevertheless, we’re sure Pangu will eventually come through for us at some point following the public release of iOS 10. After all, they’ve already made it known that they’re working on a jailbreak for iOS 10.

Are you happy to see evidence of iOS 10 beta 8 being jailbroken? Tell us what you think in the comments below.