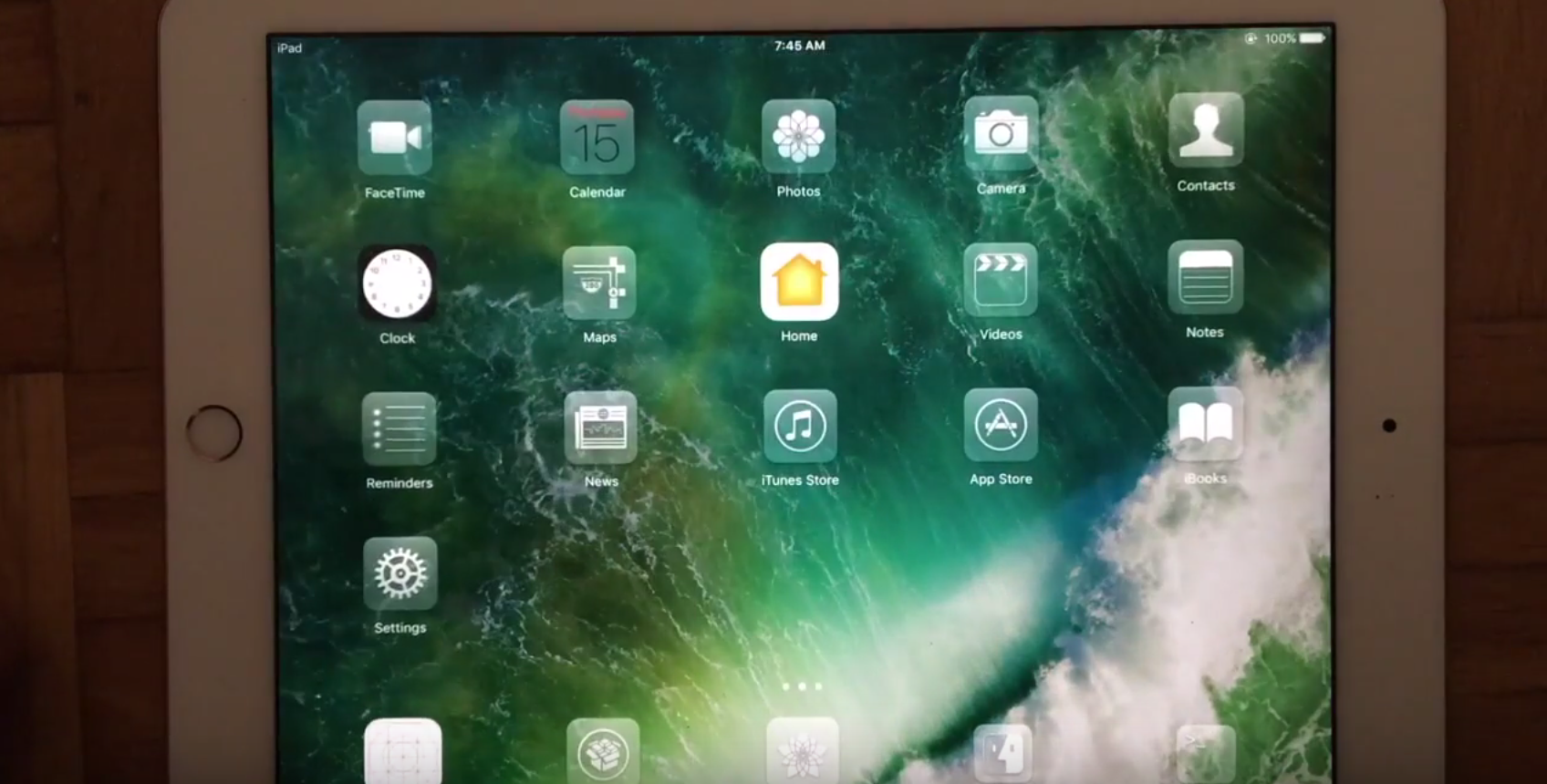 Less than two weeks ago, iOS hacker Luca Todesco, better known to the community as @qwertyoruiop, showed off a working jailbreak on iOS 10, that he called yaluX.

Now he’s at it again with an even more detailed video that demonstrates working Cydia Substrate-based jailbreak tweaks.

Todesco says that Substrate had to be patched very heavily in order to work on iOS 10. He notes in the video description that he used a self-made library to replace SubstrateLauncher, which unless you’re an iOS developer, might sound like it’s written in another language to you.

Nevertheless, Todesco demonstrates successful code injection by launching several apps that can only be had from Cydia on his jailbroken iOS 10 iPad successfully, including Anemone and Mobile Terminal. 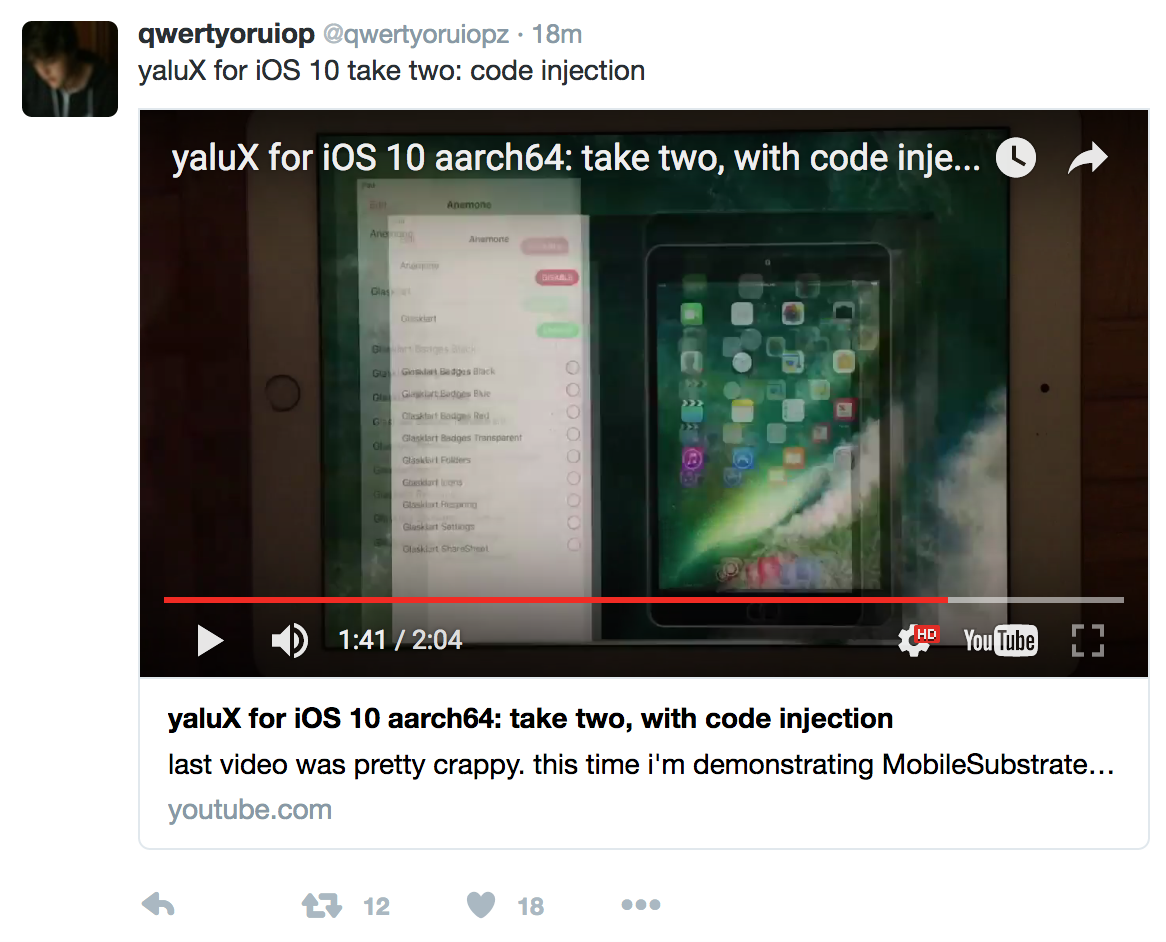 One of the things that will jump out to you immediately is the Glasklart Home screen theme the hacker has installed from Cydia.

To see it in action, mash the play button on the video below:

Getting around KPP (kernel patch protection), a security feature Apple implemented to try and thwart jailbreak attempts, is a really tricky process in the latest versions of iOS, and Todesco has proven that it’s possible.

Additionally, the yaluX jailbreak once again relies on a side-loaded app that only works on 64-bit iOS devices, which means this appears to be a semi-untethered jailbreak like like Pangu for iOS 9.3.3 was. This means 32-bit devices like the iPhone 5 are once again left in the dust.

There’s no word on whether or not Todesco will be releasing his jailbreak to the public, but based on his track record of showing off his mad hacking skills, he may end up keeping this jailbreak to himself.

Are you happy to see that iOS 10’s anti-jailbreak measures have been thwarted? Tell us what you think in the comments below.