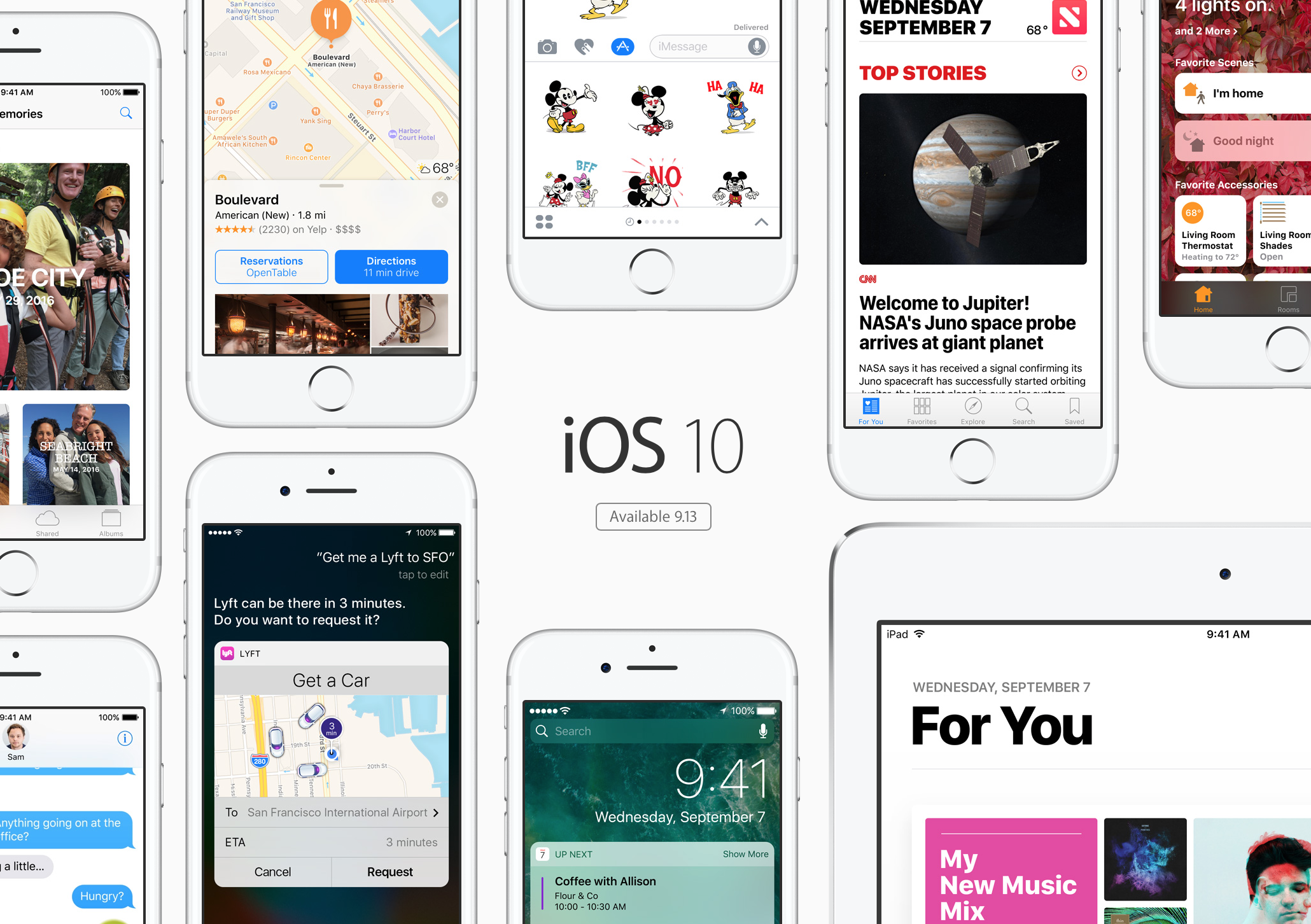 As promised, Apple on Tuesday released iOS 10 for its mobile devices. The software update is free and technically compatible with the iPad 4, iPad mini 2, the iPhone 5, the iPod touch sixth-generation, and all subsequent models.

If you have one of these devices, you can update to iOS 10 by navigating to the Settings app > General > Software Update, and it will install automatically. The update is also on our Downloads page, and you can install it manually by plugging your device into a computer with iTunes installed. Obviously if you’re jailbroken, you’ll want to steer clear of iOS 10.

Sporting build number 14A403, this is actually the same build as the Golden Master that was released last week. That means that if you installed the GM, you don’t have anything to do as you currently have the latest software available.

Here are the major new features in iOS 10:

The stock Messages app in iOS 10 includes powerful animations, such as balloons, confetti or fireworks that can take over an entire screen to celebrate a special occasion, invisible ink to send a message only revealed after a friend swipes over it, and for added personalization, handwritten notes. It also features support for downloadable sticker packs and an App Store for third-party Messages apps.

In iOS 10, the new Raise to Wake feature automatically wakes the screen as you raise your iPhone, automatically showing you the improved Lock screen. These improvements include refreshed interactive notifications and widgets, new 3D Touch shortcuts, and much more.

In iOS 10, Siri can be extended into major new areas and do more than ever by working with the apps you love to use. For the first time, developers can build on the intelligence Siri offers and let users interact directly with apps using just their voice. Siri also now helps with contextual and intelligent suggestions in Apple’s predictive QuickType keyboard.

The stock Phone app in iOS 10 adds voicemail transcription and a new caller ID extension for spam alerts. It also features integration for third-party VoIP calls, so you can now place calls over third party VoIP services like WhatsApp without having to switch to a separate app.

Remember that it’s always a good idea to backup your device before installing a major update. Also, if the iOS 10 download seems to be going abnormally slow, try again later today. Apple’s servers tend to buckle under heavy traffic on launch days like this.

Do you plan on installing iOS 10 today?