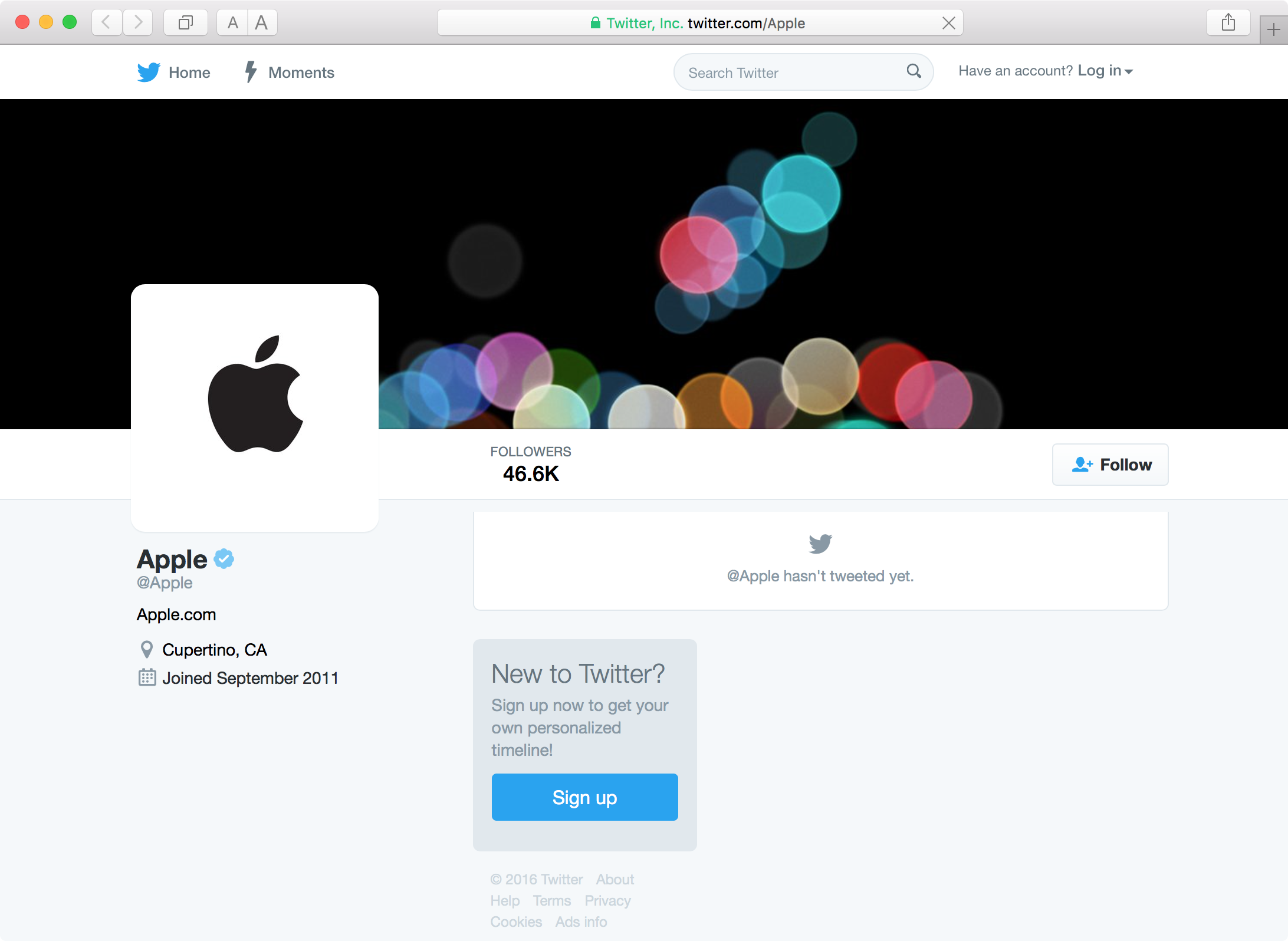 Apple has launched an official Twitter account on Friday. With @Apple, the company now has yet another channel for releasing important announcements and promoting products and events to the public.

The new Twitter account doesn’t come off as much of a surprise. Under Tim Cook’s reign, Apple has become a significantly more transparent company, looking to reach out to as many customers (new and current) as possible.

Twitter has already went through the process of verifying the account, as noted by the blue check mark, so it’s no hoax; it’s the real deal.

Earlier this year, Apple created a support page that product users can reach out to for help. The page was centered around providing tips for everyday Apple device usage, as well as pointing users to the proper support articles on Apple’s website to help troubleshoot issues.

Apple’s new Twitter page is unlikely to delve into any of that kind of activity, as the header image for the upcoming Apple event on September 7th suggests it will be used for promoting important press releases and statements.

So far, as of this writing, the new @Apple account hasn’t made its first Tweet just yet. It’s expected that we’ll hear something before or during the special event next week.