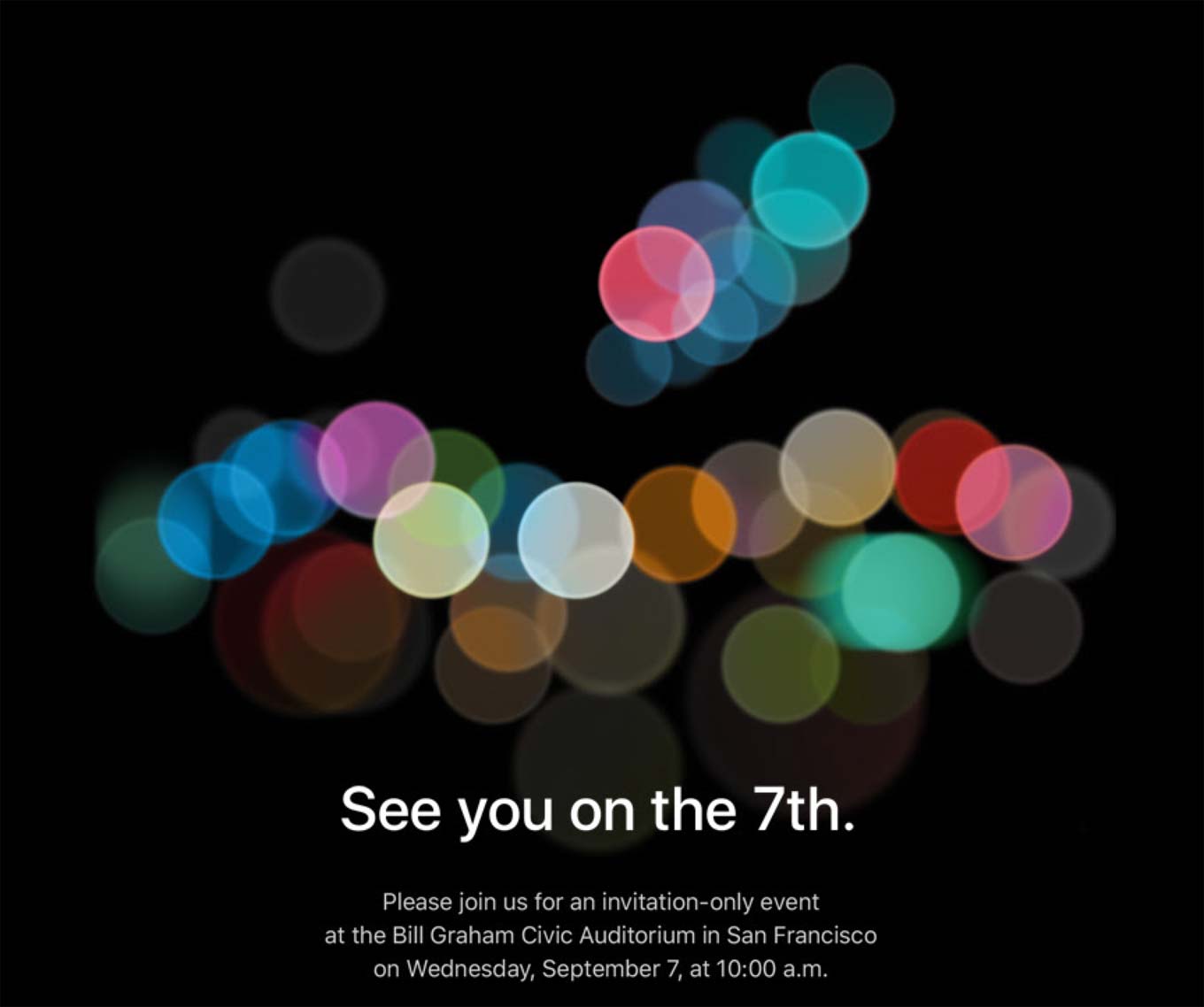 See you on the 7th, reads the invite that Apple sent to the media on Monday morning. Held at the Bill Graham Civic Auditorium in San Francisco, the event will of course be focused on the new iPhone 7, but will also likely see a new Apple Watch 2 unveiled, and possibly a new MacBook Pro.

Rumors surrounding the iPhone 7 have been going around for months. Among the most likely one to materialize, the iPhone 7 will see the removal of the headphone jack, in favor of the already existing Lightning port. Overall, the device will likely keep the same form factor, doing away with some of the antenna lines on the back plate, and featuring a pressure sensitive Home button, 3GB of RAM, as well as a dual camera system. Other rumors have suggested the iPhone 7 base model will start with 32GB of storage space, instead of 16GB as in years past models. It’s been suggested we could see a 256GB option as well.

Apple may use this event to also unveil Apple Watch 2. Very little is known at this time about the device. It will apparently keep the same form factor, feature a 35% larger battery, which may be necessary to power the improved processor as well as the GPS chip that is rumored to be part of this new model. Better waterproofing, as well as swim tracking may also come with this new version.

Seeing a new MacBook Pro at this event is sort of a wild card. Apple’s lineup of pro laptops is definitely due for an upgrade, but rumors have suggested this will be unveiled at a separate event in the Fall.

What are you most excited about for this event? iPhone? Apple Watch? Surprises?